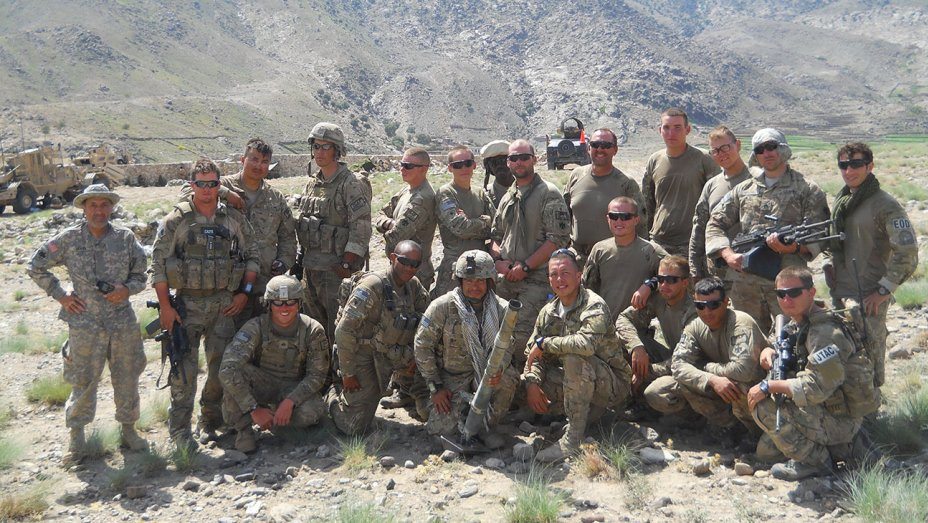 Citizen Soldier is far from the first of its kind but that’s not to say that it brings nothing new to the table. Much like Restrepo and its sequel, Korengal, Citizen soldier is a documentary that follows a platoon from the 45th Infantry Division through their 2011 deployment to Afghanistan. During this deployment, the division lost 14 soldiers in 96 days of the 12 months in Afghanistan. What makes the story unique is that it follows national guardsmen. Men who hold down fulltime jobs and leave homes and careers to mobilize and deploy, as opposed to active duty soldiers whose full time job is training and fighting.

Among the raw value and grit of the film, there are errors on behalf of the production team that I couldn’t seem to overlook. The cover of the movie bears a collage of ACU clad soldiers and another fast roping from a Blackhawk in the background, both entirely unrelated to the events that transpire in the documentary and certainly something that even Steven Seagal might scoff at. At the end of the day, the packaging makes a poor attempt at making an already high speed deployment more high speed, turning it into some sort of 80’s action movie pissing contest.

The soundtrack to the documentary was similar to a housefly, evading swatters and hands. As I was trying to take in the story and the individual reflections on the events that transpired, I was consistently distracted by a score that resembled something you would hear on a reality TV show or a video game; it was out of place and unnecessary.

During some of the most pivotal moments in the film, it was not the music that brought tears to my eyes; it was the memories that the visuals conjured up. Regardless of the professional and polished quality, the better parts of the movie are the raw moments captured by helmet cameras while the more basic aspects viewers can benefit from are the subtitles, narrating radio traffic. The manner in which this was applied left little question as to what was going on, during contact and other chaotic moments captured on film.

When a film moves me as much as this one did, it becomes conflicting to pick it apart like I have. Unfortunately, I couldn’t look past certain creative superfluities, which nearly compromised the content of the film.

I’m not saying don’t watch it, by any means. If anything, acknowledge my critique and look past the inconsistencies. Citizen Soldier is a film that validates the efforts of the modern militias of America’s sons and daughters, who truly put careers and lives on hold to answer the call.

Unit photo from the Hollywood Reporter