I recently had the privilege of attending Combat Kill House with Matt Graham. I had been eye balling this class for about two years. When I finally had the opportunity to attend I jumped on it.

Often times when I spend a great deal of time wanting something it lets me down when I finally get it. That was certainly not the case with Combat Kill House. The class lived up to my expectations and more.

I have been training and executing close quarters battle (CQB) for the last 9 years with the military. Going into class I assumed it would be adaptations of the same techniques/tactics/procedures (TTPs) I was used to. I was wrong. The first thing Matt gave us was a hard reality check: It’s only you and it’s all yours. This wasn’t a team based approach to CQB at all; it was all based on working to solve the problem by yourself

Let me take a moment to clarify that Matt never asked anyone to abandon their previous training. Matt is the first person to say he understands when students are limited by standard operating procedures (SOPs) and/or TTPs that are driven by their occupation whether that be law enforcement or military. He isn’t seeking to change those TTPs or SOPs. He is trying to change the way we think and approach the fight when we don’t have a team or partner with us.

Matt isn’t set on creating super soldiers or ninjas during Kill House. In Kill House, Matt worked to change the way we saw and thought about the space around us. He gave us the tools and confidence to use that knowledge and vision to move and fight in close quarters to save yourself and your loved ones.

Training day one (TD1) started with an introduction to Kill House, a class overview, and a safety brief. From there we moved to the range where we immediately began training. We spent 11 hours on the range on TD1 shooting. We started by working fundamentals with pistol and rifle and progressed through a myriad of shooting positions and situations. After dinner, we came back and executed more drills in the dark adding the use of white light. During TD1 I shot roughly 500 rounds of 9mm and 400 rounds of 5.56.

From early on during the range session Matt started asking us to see and think about what was happening around us. He asked us to see everything we could, not just the big and bright, but to see past that to the details. He asked us about the details in the landscape beyond the target line after a drill. He wanted us to be able to take in and process as much information as possible.

Training day two began with a safety check and a demo by Matt of what the end product might look like. He then immediately began breaking down the techniques we were going to be using over the course of the next two days. We worked through moving and turning in hallways, working open and closed doorways, getting into and out of rooms, and how to see and deal with all of the open space around us from which a threat might arise.

Matt covered different ways to manipulate the carbine to enhance effectiveness and efficiency while minimizing fatigue. He continually built on the things we had already covered. With each block of instruction came a lot of repetitions working through the technique.

Throughout the day Matt followed students while they worked offering feedback and help. Matt was reluctant to say it has to be this or you have to do it my way. He was there to offer options, possible solutions, and help us work through the problem rather than give us the answer.

This method of guided instruction was great because it allowed myself and the other students to have the “aha” moment ourselves rather than have it handed to us. At the end of the day we all gathered for dinner and conversation.

Training day three found us back at the original training site but in an entirely new environment: the shoot house. We began the day with a quick brief, recap of the previous two days, and Matt answered any immediate lingering questions. We conducted a safety check and went to work.

Matt introduced us to the shoot house we would be working in and around that day. We spent the morning working dry runs in the shoot house under the watchful eye of Matt. Matt went over techniques for dealing with stair ways, moving in and out of structures, and understanding the challenges of entering and exiting a structure in a developed area.

After lunch Matt showed us techniques to move with and control someone we were protecting. He took time to expand on some of the ideas of employing white light we had covered during TD1.

After lunch we conducted another safety brief, loaded up SIMs carbines and pistols, donned our protective gear, and started validating the techniques we had spent the last three days learning. Matt explained that he used the shoot house and SIMs weapons to validate the TTPs we had been learning throughout the class.

The shoot house was far from scripted which allowed each iteration to be different. Each student who entered the house had a different problem and a different solution. Rotating through the roles of observer, first responder, combatant, non-combatant and hostage allowed me to evaluate the things Matt had been teaching from multiple perspectives. My experiences in the shoot house were illuminating.

Kill House did something I did not expect: it made me think differently. In fact, I am still thinking and even seeing things differently. That is because Matt Graham never gave us the answer. He never said x+y=0. Instead he made us think for ourselves. He provided us techniques, tactics and knowledge. Then he told us to apply that to the problem and find a solution.

With a class that had multiple LEOs, civilians and military in attendance the opportunity to share information and ideas was invaluable. I was able to learn from my class mates as well as from Matt and that made the overall experience even better.

Matt was a great instructor. His methods were engaging, informative and entertaining. Using SIMs to validate the TTPs he taught in the class was definitive. Even those reluctant to try something new were able to see how, why and when a given technique was effective. Everyone in attendance had a great time and was challenged on some level. 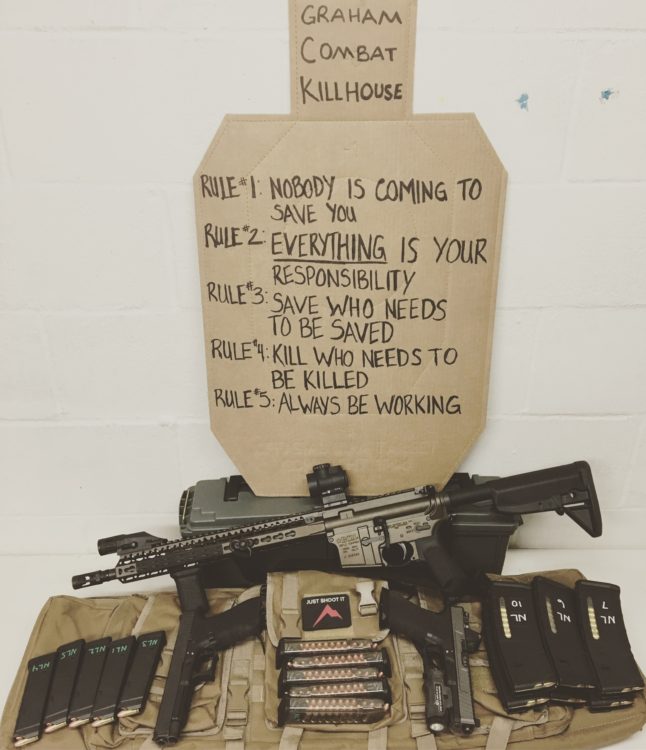 Note: Going into the class I erred on the side of caution and took a bunch of gear I didn’t wind up needing. Matt is a huge advocate of training with the equipment you will fight with. He encourages each student to take a critical look at their “kit” and dress it down for a situation they would be responding to as an individual.

*Disclaimer* I am not associated with Graham Combat or Matt Graham in any way. My opinions shared within this article are my own and in no way reflect those of Graham Combat, Matt Graham, or SpotterUp.com. 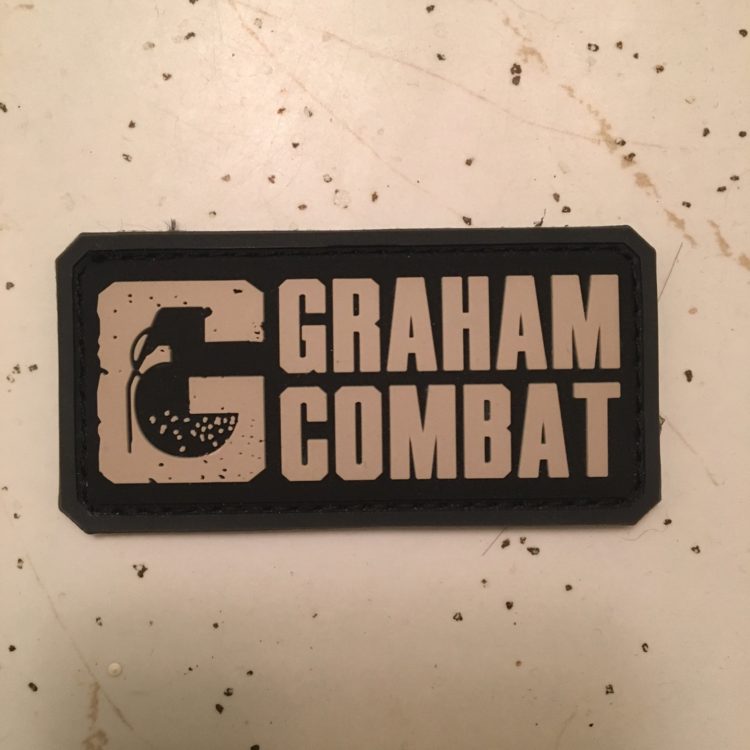 Matthew Graham, the founder of Graham Combat, currently serves as a civilian defense contractor functioning as a full-time firearms and tactics instructor of protective and low profile operations. As a former federal air marshal, Matt operated covertly throughout the world, running low profile counter-terrorism missions. Prior to 9/11 Matt worked patrol as a police officer, both municipally and as a county deputy, and is a recipient of the Life Saving Medal, the Medal of Valor, and the Law Enforcement Medal of Honor. Graham Combat training courses, all created from Matt’s experiences and taught from a concealed carry profile, are a blend of these operational backgrounds. Matt has designed core curriculum for defensive shooter’s focusing on fighting with what you carry, shooting fast, and hitting first.