To live alone, a man must either be a beast or a god.

The Passage East in Ireland. I spent 6 months shuttling back and forth on it; from the village of Duncannon, to Waterford by way of the ferry. Most of my travel came by way of foot. I hit the roads with a pack over my back and ran, whether it was raining or clear, and it helped me get my head together.

My running started as it always did, from the edge of the village of Duncannon which touched the main road into Ballyhack. I stomped upon a few miles of solitary road snaking its way through hillsides until it dropped to the foot of the ferry. It was this ferry that gave me a moment to rest and plan and see the brilliant sky. Sometimes I’d meet interesting travelers on it, like the fellow that was an orienteering race champ.

During the summer and a few months beyond, the villages and towns were heavy with tourists.  It then thinned out as the families returned home for school or their jobs. I stayed abroad as long as I could, trying to figure out my next move, and I was happiest when no one was around.

Sometimes cars or trucks would speed by me. Once in a while a driver would stop and ask if I needed a ride but I preferred the solitude. The road into Ballyhack rose and fell a bit. It wound itself through trees and along homes till it finally dropped into a blue expanse of sky. The trees framed the horizon just like the edges of a doorway. 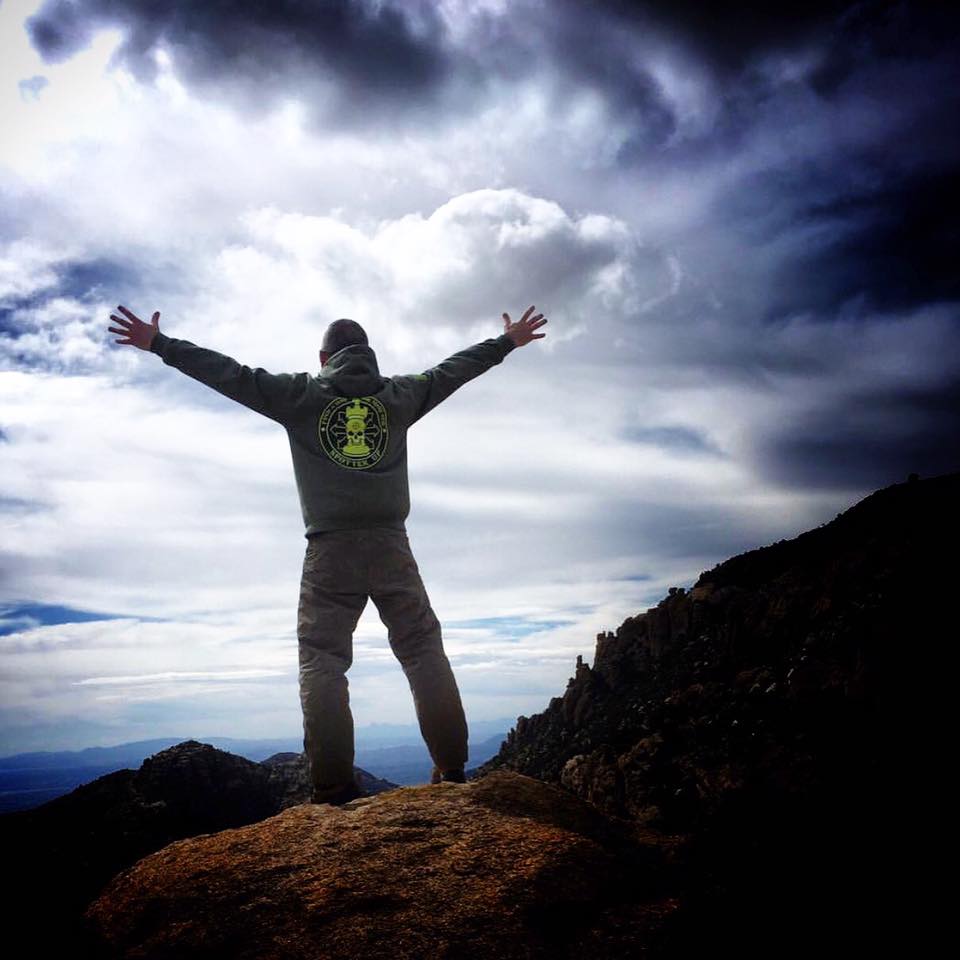 I caught the ferry then. The bow of the boat broke the waves. I watched the water being cut through as easily as a knife into a cake. Time afforded me the opportunity to watch dusk come in. Purple sky with swaths of blue and ember color painted across it. The boat would bump up to the shores of Waterford and I’d disembark. 12 miles of running while weighed down with my ruck as I pushed myself towards my destination. Once in the city I’d refuel and begin my ablutions;  food, drink, shower and thoughts. Gather myself together before I finally left for Belgium, France and Sweden.

Some people don’t like being alone but there might be times when you’ll have to do it. Perhaps it will be when your car breaks down on a dusky road and you’ve got to hoof it miles into the darkness. Or separated from your patrol group. Fear doesn’t go away yet being comfortable with yourself can allow you to think more clearly. Focusing on the feelings of fear can prevent us from seeing the solution. Solitude is different from being alone in that being alone is not having the presence of people.

Solitude brings a deeper emotion that allows you to think, ponder, consider things around you and where you fit. Solitude can help you figure out what you want or where you want to be if you let it happen. When you are okay being alone I think it can help you when you are forced to be alone.

How do we get comfortable being alone?

Many don’t want to be alone with their thoughts. Unless we’re running solo on a project at work, most of us would likely choose to not be by ourselves. Do we ever have the opportunity to get to know ourselves; what we want, where we’re going and how to build up our weak psychological defenses? We don’t often get the opportunity to choose to be alone and being alone has many benefits that being in a group doesn’t. How can we be okay with ourselves when there’s no one around to share an equal portion of the discomfort? The same way a frog is put into a pot of cool water as the story goes. It will jump out if it’s too hot, but if you slowly turn up the temperature, the frog won’t notice that it’s starting to boil.

You do it a little by little until the sting hurts not at all when the time comes to stick it out.

Choose to be alone.

Take every opportunity you can to be alone. There’s a tendency to label people as antisocial if they want solitude. If you have the opportunity to be with friends or alone for the night, then choose being alone for once. This time isn’t meant for you to watch television and eat potato chips.

Find a way to duck out from your family football game on television or a social event. Too much to do? How about shutting off your cell phone for a moment and disconnecting. Get away from the group texts or a social site if you’re on it. Unless you’re sharing important information there shouldn’t be the need to respond right away.

I spent a lot of time training and running along Duncannon Beach. Once in a while I was asked if I’d stop into a pub for a drink but my reply was no if I had training to do. I had things to accomplish and as much as I’d like a good cider or dark beer, it was more important for me to physically push myself. Training alone first and festivities after. The goal was never interrupted.

Journal, go for a walk in the woods, have dialogue with yourself. Write down the things that you can improve in your life; your constitution, discipline, sense of humor, knowledge of various things, reconnect with someone you lost, etc. Look at ways you can improve this part of your personality. Go for a long walk and observe the things around you. Listen to the water flowing; can you find the source of the sound? Look for tracks of a small animal or where other people may have walked; can you locate their direction of travel?

Talk openly with yourself and don’t be embarrassed that someone could be listening. When you’re alone, singing a song, or talking aloud will keep away the blues. I got lost on the dunes, ran around the village, up along Duncannon Fort and Ballyhack until I knew the countryside well enough to know the shortcuts. I spent my time honing my physical abilities and learning a bit about the country and people. You can learn a lot about people just by watching and listening but saying little or saying nothing.

It is good to be solitary, for solitude is difficult; that something is difficult must be a reason the more for us to do it.
Rainer Maria Rilke

You don’t have to go out on a solitary 30 mile march into the woods. The point is to learn something new about yourself that you couldn’t do if you were around a crowd. Try something new (this doesn’t mean surfing the internet on your cell phone for a new app) It means looking for ways to strengthen your mental fortitude.

Learn to be an observer

Watch people interact. This is a mild form of snooping. But it will help you a bit in understanding patterns. Look at their body language and their words and see if what is said matches up with what they do.

Being fit keeps the minds healthy. Find ways to challenge yourself. If you go on a walk alone, keep going until boredom sets in and then push it for a little longer duration. Each step you further out will help you find out what you’re willing to do and if you can do it at all.

I’d run the distance of the beach. And when the waves came in I would run along them, making sure that they never lapped my feet. As they came in I would sprint in a serpentine pattern following the frothy white tips. As the waves went out I would use this time for recovery and run slowly. When the water went out with the tide I would go deep into the estuary and climb the rocky cliffs as best I could. Another thing I would do is push ups in the water as the waves came in. Each day was a time to improve on some area where I was weak.

There are many things you can do without company and much of it is rewarding. In the end, you just want to be sure that you can handle the discomfort of being in a foreign place (whether a new city or country or situation) and be able to have a sound mind.