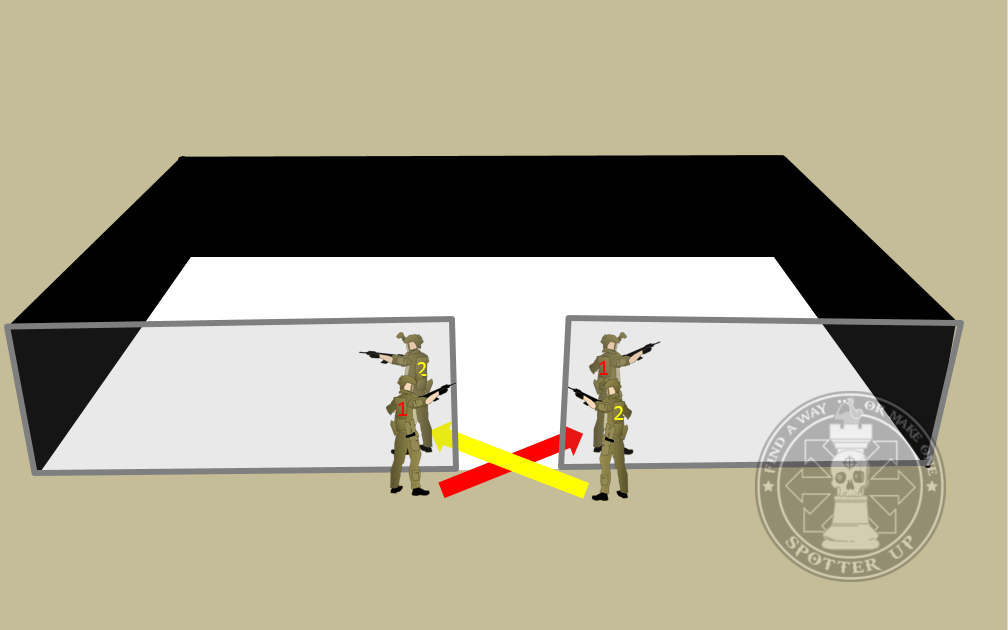 The image above clearly depicts the path the individual(s) will take to enter through the doorway. This room entry method is called the Crisscross; it has also been called the Crossover. The situation and environment should dictate which method is used for each independent room. There are many advantages and drawbacks when entering any room and as much information as can be ascertained should be done prior to entry. Is the suspect a barricaded defender, how large is the doorway, is complete penetration of the room necessary? There are many questions to ask.

Without getting too detailed, instead let’s keep it simple:

“Operators” must be mindful to not run into their partner when making their room entry or running through the middle of the portal. Crossfire from the other person’s weapon is a possibility due to this kind of maneuvering; other issues might be a threat is visible but #1 operator is in the way. Generally a small micropause allows the threat to be engaged from the second person’s angle. 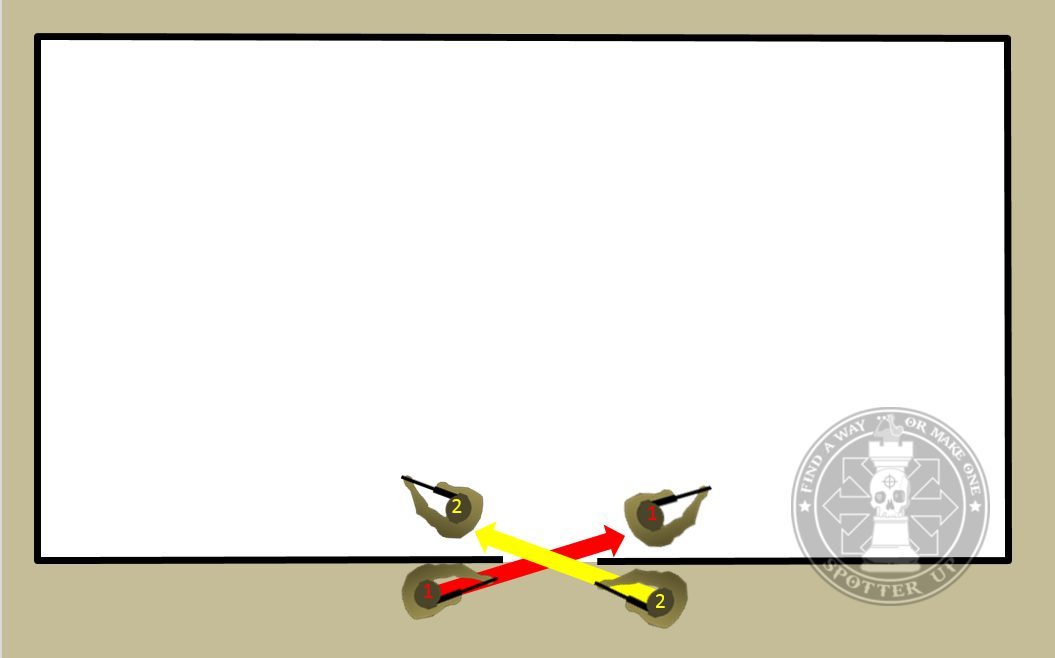 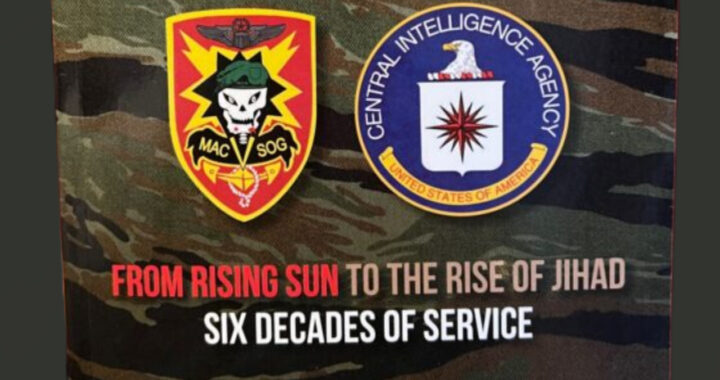