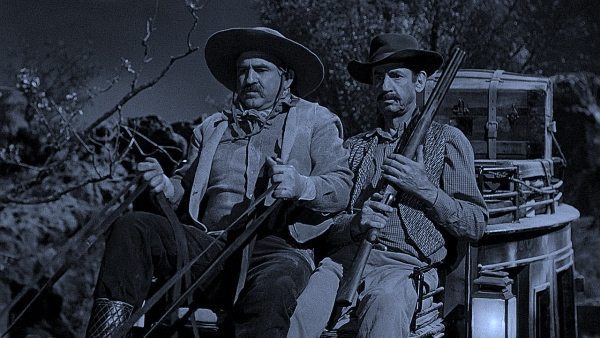 There have been many variants used when applying the term “Tactical Shotgun.” It can be a full sized semi-auto/pump shotgun set up for military/police use. It can involve ghost ring sights, red dot sights or a variety of other optics.

Barrel length can generally vary from 18” out to 20” and may or may not include an extended on board ammunition supply such as a sidesaddle or magazine extension or both. Many will use an aftermarket light source.

To some, a “Tactical Shotgun” is defined by a parkerized or matte black finish. There are also those whose notion of a “Tactical Shotgun” is a shotgun overloaded with extraneous aftermarket products which serve minimal to zero use other than aesthetic value. These are commonly referred to as “safe queens” and are rarely if ever used for much outside of an occasional trip to the range or to show friends. 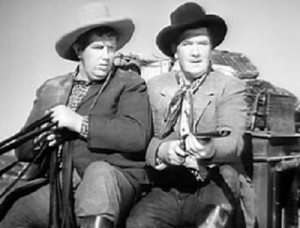 So, what really is a Tactical Shotgun and how best to define it?

Let us approach it this way. A duck hunter knows the area in which they hunt. They may need a longer 24” – 30” barrel with a vent rib. One who hunts pheasants or other birds typically found in brushy areas may need or opt for a shorter barrel to maneuver easier. A deer hunter with a shotgun might prefer a rifled slug barrel approximately 24” in length with or without a scope.

Essentially, the shotgun is tailored for its intended use.

So, where did it really start? Some could go as far back as the Revolutionary War though the more realistic time period takes us to the mid to late 1800s. On or about 1858, the term ‘coach gun’ came into use when Wells, Fargo & Co. began regular stagecoach service from Tipton, Missouri to San Francisco, California.

Originally, they issued shotguns to their drivers and guards to defend against thieves, robbers, bandits and Indian Tribes. The trip was approximately 2,800 miles one way through extremely treacherous areas. Both drivers and guards saw quickly that the regular full length barrels posed an immediate problem with maneuverability. There were no schools or training programs for the stagecoach drivers or the guards though they learned quickly they would have to develop certain tactics or techniques for dealing with threats that would typically ride up on them quickly. Either the driver or the guard would have to immediately access their long-barreled shotgun to address the threat. For obvious reasons, this became an immediate problem especially for those guards assigned to ride within the stagecoach to protect passengers, gold, payroll or other valuables.

In order for the shotgun to be usable, it had to be tailored to the job at hand. Thus began the use of the term ‘Coach Gun’. Interestingly enough, the oft used phrase ‘riding shotgun’ was not coined until around 1919.

While there was no single manufacturer for the traditional coach gun, the barrel length varied from 12”-20” and was often cut down by a local gunsmith. These shotguns featured external hammers and many were manufactured by Remington Arms, Ithaca, Wm. Moore & Co. Meriden, Buckley, Burgess, Colt’s Manufacturing Company, Hunter Arms, Husqvarna, Lefever, Parker, Sharps Rifle Manufacturing Company, Savage-Stevens, Villegia and Westly Richards. These are some of the manufacturers.

The key point is that these early drivers and guards had to make necessary modifications to their shotguns for them to be useful for their intended purpose.

Once this practice became widespread and commonplace, the ‘coach gun’ came to be known as a short barreled shotgun favored by not only stagecoach drivers and guards but by law enforcement as well.

A weapon which could deliver massive power at a relatively short range. Many of these early shotguns were 10 gauge black powder double barrel side by side models. As an example, Doc Holliday used a 10 gauge Wm. Moore & Co. coach gun to shoot Tom McLaury point-blank in the chest with buckshot during the Gunfight at the OK Corral in Tombstone, Arizona, on Wednesday, October 26, 1881. They stood in such close proximity that the town mortician was able to cover McLaury’s wound with one hand. Wyatt Earp also used both barrels of a 10 gauge coach gun to kill “Curly” Bill Brocius point-blank the next year. Tactics. Up close and personal.

The short double barrel side by side shotgun quickly gained a fearsome reputation. Outlaws, thieves, bandits and anyone else who was unfortunate enough to be on the wrong end of one of these guns rarely lived to tell the tale. It was, essentially, the ‘tactical shotgun’ of its time.

This same weapon went on to serve both in the military and in law enforcement up until the invention of the pump action shotgun. The Winchester Model 1897, also known as the Model 97, M97, or Trench Gun, was a pump-action shotgun with an external hammer and tube magazine manufactured by the Winchester Repeating Arms Company. The Model 1897 was an evolution of the Winchester Model 1893 designed by John Browning. From 1897 until 1957, over one million of these shotguns were produced. The Model 1897 was offered in numerous barrel lengths and grades, chambered in 12 and 16 gauge, and as a solid frame or takedown. The 16-gauge guns had a standard barrel length of 28 inches, while 12-gauge guns were furnished with 30-inch length barrels. Special length barrels could be ordered in lengths as short as 20 inches, and as long as 36 inches. Since the time the Model 1897 was first manufactured it has been used by American soldiers,  police departments and hunters.

The pump action shotgun went through its own transitions and today two of the most well known pump action shotguns are the Remington 870 and the Mossberg 500. Many prefer the older Ithaca 37 as well as the Mossberg 590A1. The older Ithaca 37s were favored due to the lack of a disconnector which allowed the user to keep the trigger depressed while working the pump in a rapid manner. The quickly become known as ‘slamfires’ for this reason.

Those in law enforcement and military in addition to home defenders generally prefer the short barreled pump action shotguns with an 18.5” barrel for accessibility and maneuvering in confined spaces. A shorter barrel also reduces the likelihood of the weapon being taken from the user though many of today’s prominent tactical shotgun instructors teach techniques designed to reduce the possibility of this occurring.

From 1858 to now, the Tactical Shotgun quickly acquired an intense following. Manufacturers quickly found a goldmine in aftermarket products. Keep in mind that even back in 1858, those who depended upon the shotgun to defend themselves, family and property made only those modifications which were absolutely necessary to allow the shotgun to serve its intended purpose. Performance and reliability.

Now that we have established the evolution and progression of the tactical shotgun, I will discuss tactics and techniques which have been both developed and proven in the fields of both law enforcement and military. They are not designed nor recommended for use in 3Gun Competitions just as many 3Gun tactics and techniques would not be suitable for situations where lives are on the line. Gamesmanship versus real world tactics and technique. Both have their place in their respective arenas. It is important to note, however, that many of the modifications seen on today’s pump action and semi auto shotguns came from 3Gun Competitors and those competing in tactical courses. Widened and beveled ejection ports, magazine extensions and flared loading ports are some of the modifications designed and developed by shooters such as Jerry Miculek and others who have sought out every option possible to enhance reliability, accuracy, consistency and in the end?