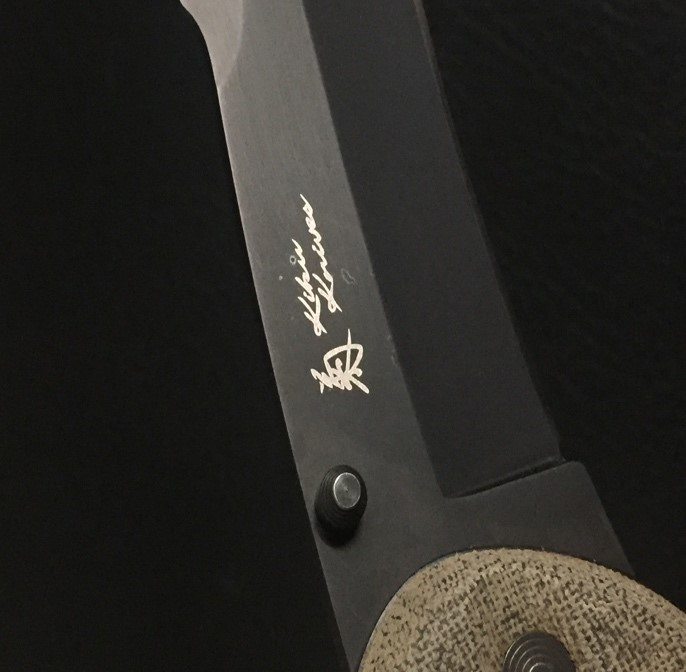 Most people can find a legitimate use for a pocket knife on a daily basis. From the outdoorsman to your regular “Harry Homeowner,” a pocket knife allows for flexibility. Being in the military the need for a good blade is that much more. The SOG Kiku folder is a project SOG worked on with famed Japanese knife maker, Kiku Matsuda. These guys did an excellent job creating a foldable version for those that don’t prefer fixed blades.

I’ve owned several folding knives over the years, each of which I’ve tested and utilized during several deployments, from Crickets to Cold Steel. Each of them has performed well with smaller tasks but like most required frequent sharpening after extended use.

Only a couple of the knives I’ve owned has performed as well as I had hoped upon at the time of purchase. The versatility and longevity of a blade is something to obviously take into consideration when searching and this is why I really chose to write about the Kiku. 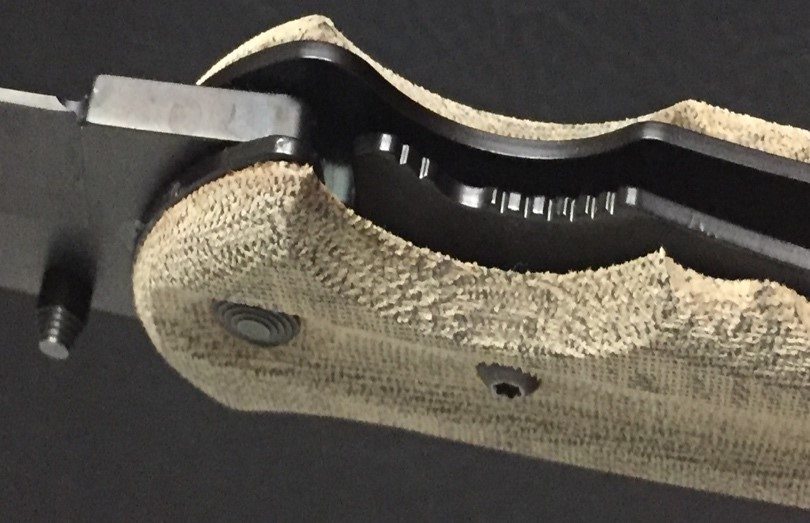 My girlfriend bought it for me as a promotion gift and for several weeks I let it sit in the box. The satin finish (also comes in polished) on this particular knife gives it a tactical look and the green linen micarta handle added to the tactical look and added a bit of elegance to it as well.

I made the mistake of not wanting to mess up the knife with small things I could do with one of my old ones. I quickly realized leaving it in the box was a mistake after first using it in the field when I forgot to pack my daily use blade. After spending a week in the field with this thing it quickly replaced my Cold Steel and became my daily carry. The light 7.00 OZ design and 4.6” straight edge gave me a lot of flexibly for uses.

I put it through the real pocket knife test when I took it out for a weekend of hunting. Usually, I’ll have my pocket knife and a separate blade for skinning and carving whatever l end up shooting. On this trip there was only the necessity for the Kiku for all the of the cutting.

My buddy and I ended up both getting a deer early the first morning. The AUS-8 steel made quick work of the skinning process thankfully, helping us drag them the 800m much quicker. We decided to quarter both of them up with the Kiku as well and it did not fail to impress. It cut through the meat with ease, as a matter of fact we very quickly noticed the knife shaving off slivers of bone with the meat! Pretty impressive for a pocket knife.

When we got done the knife was coated in blood and guts. I expected a lot of work to make it look new again. However, the linen micarta handle was ridiculously easy to clean. I put it in the kitchen sink and scrubbed it with a standard issue kitchen sponge.

The blood started coming off of the handle with only water before I even started scrubbing. I let it dry for a bit and out of curiosity tried shaving some fur off of my arm, a pretty big patch quickly disappeared proving the Japanese made steel would maintain its integrity after a pretty solid project.

Matsuda and SOG really hit the mark with the development of the folding Kiku, they’ve won awards for the fixed blade series before and I wouldn’t be surprised to see some again. The price tag sits at $180.00 from the SOG website and while this may seem steep to some, it will pay for itself with time. The Kiku blade is a great blade that sits as a top contender when considering a new pocket knife. This may be the last knife I have to buy and I would strongly recommend this product to anyone.