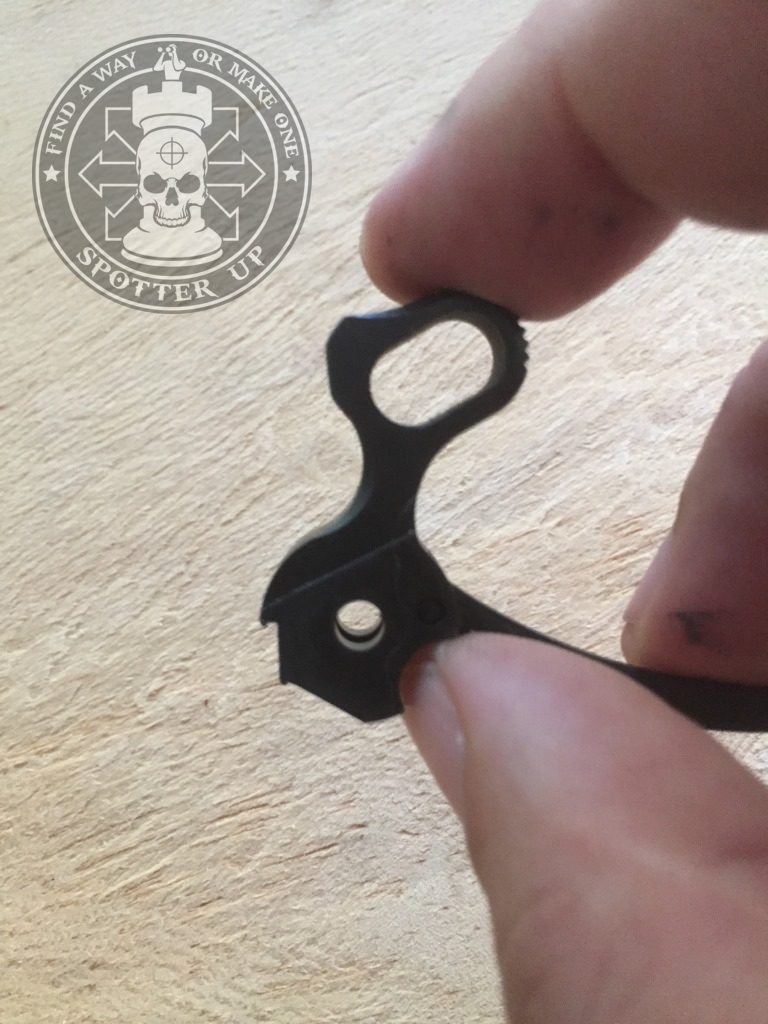 The Cammer Hammer is an aftermarket hammer for 1911’s.  The one I received was made from 4140 bar stock but it’s also available in 17-4 Stainless.  It’s a solid well-built piece of steel.  Cammer Technologies recommends one have a gunsmith install it but as I watched my gunsmith put it in it seemed pretty straightforward. My gunsmith had to tap the pin connecting the hammer strut to the hammer itself so the pin was flush and would sit correctly in my 1911.  Otherwise the installation was pretty straightforward.

The Cammer Hammer differs from most stock 1911 hammers in that instead of a straight line face from the bottom of the hammer to the top, a Cammer Hammer has a “cammer” or curve cut into the hammer except before the actual firing pin striking flat surface of the hammer.  The curve of the Cammer Hammer reduces the angle at which the rear of the slide makes contact with the hammer from the almost 90 degree of a conventional hammer with a much shallower approximately 45 degree angle.

Cammer Technologies promotes the Cammer Hammer as a potential solution to 1911’s that have a challenge reliably cycling 9mm, 38 Super or ,22 loads because of the reduced force necessary to get the slide moving to the rear.  It may also help those who have are challenged on pulling the slide back on their 1911’s because they use stronger recoil springs or just have strength issues.

I originally chose my Para Ordnance P14 as the test chassis for the Cammer Hammer but it didn’t fit in my doublestack 1911’s.  I was able to have it installed in a Colt 1911 chambered in .22.  I’ve fired a couple of thousand rounds through this particular 1911 and it was dirty from firing a couple of hundred rounds of .22 when I first started using the Cammer Hammer.  I did not notice an appreciable difference in the force needed to pull the slide back but that could be due to the minimal amount of force needed to pull the slide back on a pistol chambered in .22,  What I did notice is that when pulling the slide to the rear the amount of force necessary to completely cycle the gun seemed to stack up towards the rear of the pull vs. being front loaded on the conventional hammer. 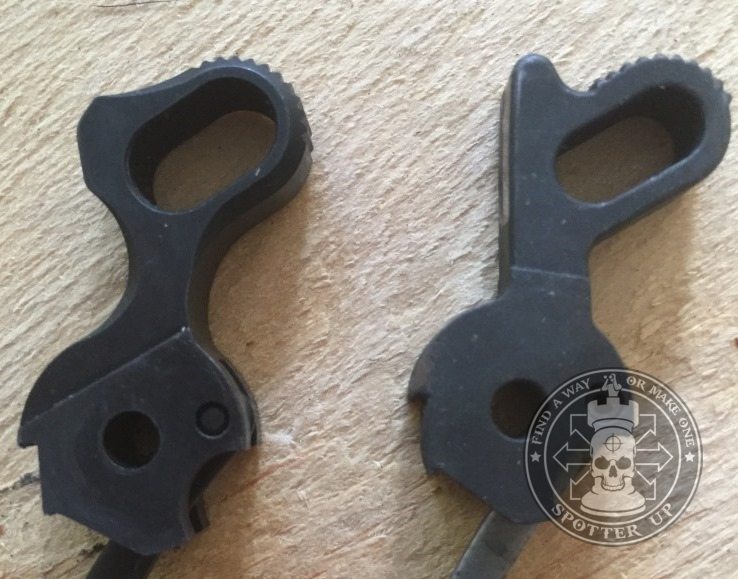 Shooting a couple of boxes of CCI __ grain hollow point ammo was definitely different with the Cammer Hammer.  I felt a subtle second recoil impulse.  I suspect the slide was exhibiting that “stacking up” force behavior I just described.  It takes a little getting used to but I did perceive the minimal muzzle flip to be reduced even further.  After cleaning the gun and shooting some more of the same ammo the double recoil effect became less pronounced but was still there.

I accidentally purchased some subsonic “quiet” CCI ammo.  It effectively turns my 1911.22 into a single shot-gun which comes in handy teaching brand new students since they are forced to work the slide after each shot giving them much-needed practice.  The Cammer Hammer didn’t help make my 1911 become a semi-auto again with subsonic ammo but I did observe the slide move back further than when shooting fully loaded ammo.

My experience with the Cammer Hammer was a positive one.  The average 1911 shooter likely doesn’t need the Cammer Hammer.  While I experienced less muzzle flip with my 1911 I don’t know how much benefit would come from firing it with a stronger round.  It may be the perfect solution for those with very specific problems.  The Cammer Hammer does minimize the force required to pull the slide back on a 1911 at least initially.  For those challenged in pulling the slide back on a 1911 the lower initial force required may be enough to give one momentum to completely pull the slide back. 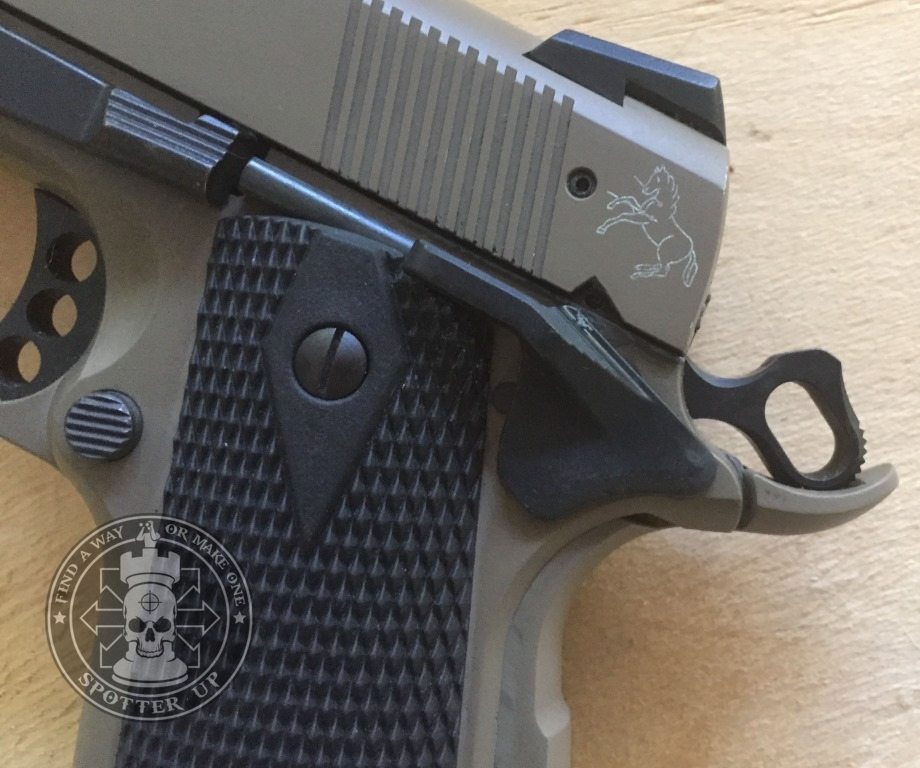 Those having reliability problems in their 1911’s uncharacteristically chambered in 9mm, 38 Super or .22 may have some success using the Cammer Hammer increase reliability.  I’m fortunate that my Colt 1911 will voraciously eat just about all .22 pretty reliably except for the subsonic “quiet” CCI ammo.  I have a friend that shoots ___ out of one of his 1911’s and has a pretty hefty 24lb recoil spring.  He insists that he needs the full recoil to cycle his gun properly but I’d love to test the Cammer Hammer in his gun as I find that hefty spring challenging to use in conducting certain self-defense drills or reloading techniques.   The Cammer Hammer may help in that situation.

The Cammer Hammer is a well-constructed, made in the USA, attractive 1911 hammer.  The hammer is a relatively simple installation but check compatibility with your brand of 1911.  It can be a potential solution for specific 1911 users having issues with reliability caused by firing smaller rounds than the .45 in the 1911 platform.   Its MSRP is $98.

Material Disclosure: I received the Cammer Hammer from Spotter Up and was not required to write a positive review.