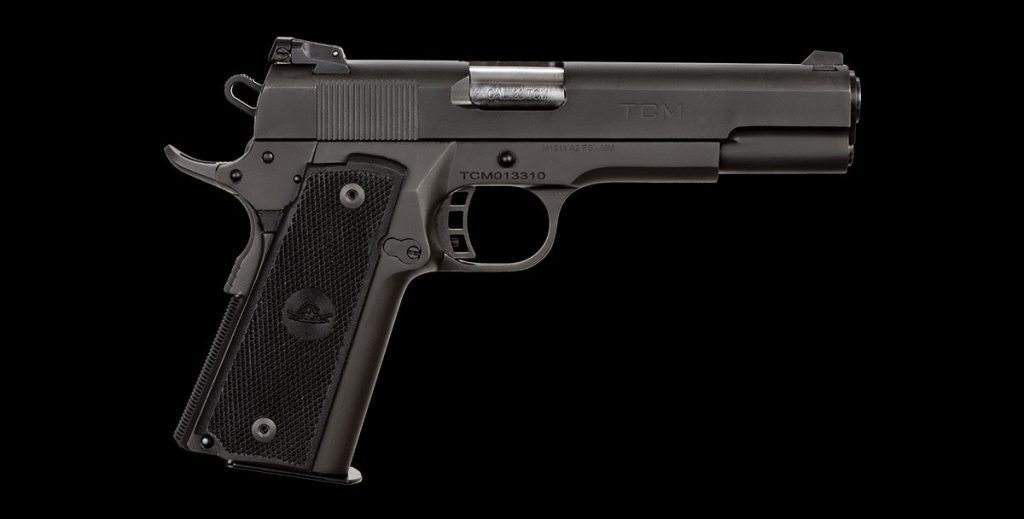 When it comes to guns it’s hard to be innovative with the myriad of choices out there.  The task becomes near insurmountable when you tackle the venerable 1911 chassis and simultaneously create a brand new round.  You have to hand it to Rock Island and I applaud their daring.  I was given the opportunity to put several hundred rounds of the relatively new 22 TCM round through their full size high-capacity version of the 1911.  I took the liberty to shoot some 9mm also.  Yes!  It comes with a 9mm barrel and spring you can drop into the gun and convert it into a 9mm blaster.

Out of the box I was impressed with the gun.  I’m not one for bling so I really liked the traditional parkerized finish on the 1911.  I liked the simple but bold “TCM” roll stamped on the right side of the slide as well as their flat silver logo to the rear left of the slide forward of the hammer.  The box included two fired casings, a shot target demonstrating it had been fired and a 9mm barrel and recoil spring.

Picking up the gun, one can’t help but notice the heft of this solidly built all steel gun.  It’s about 2.5 lbs unloaded.  Secondly, the grip is built to accept a double stack magazine featuring SEVENTEEN rounds but it wasn’t uncomfortable to me and I have large hands but even my 5’4” wife could comfortably grip the pistol.  I really liked the polymer checkered grips.  One’s grip sliding wasn’t going to be a problem with this gun.   My review gun came with two magazines but sadly I understand production guns only come with one.

Manipulating the slide was incredibly easy with the 22 TCM barrel & spring installed.  When I installed the 9mm barrel and spring slide manipulation remained undemanding.   For those who have had issues with 1911 slides you won’t have that problem with this gun.  Trigger pull felt like a very crisp four pounds and the skeletonized trigger is adjustable with the included allen wrench. 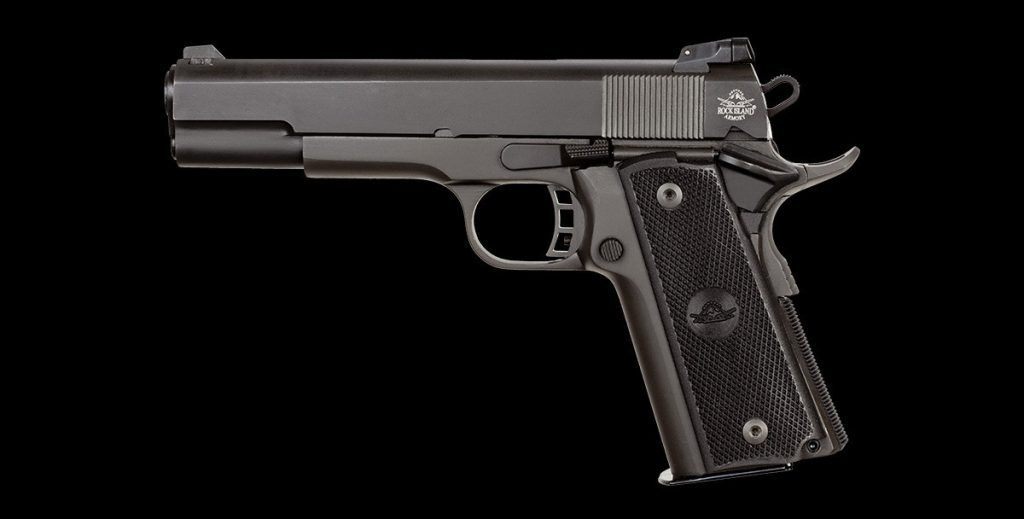 Rear sights are adjustable for both windage and elevation with flat tip screws.  The gun included a nifty flat tool to make needed adjustments.  The rear sight has two white dots.  The front is a simple but stout blade with no markings.   I found the front sight easy to pick up but I suspect that could easily change with targets having a dark background or limited visibility.  I’d probably touch up the front sight in some way.   Like the trigger, I found all the controls to be crisp and very positive, not squishy.  The textured slide stop was a big plus.  It really made a huge difference in my reloads and slide manipulation.  I’m already looking at making that adjustment to my existing 1911’s.  LOVE that checkered slide stop.

The Rock Island Full Size (FS) High Capacity (HC) Combination 22 TCM/9mm 1911 was a hoot to shoot!   The 22 TCM round deserves an article in of itself.  It’s a realistic attempt to create a real .22 caliber self-defense round.  It looks like a short chubby .223 round with a soft lead nose.  Armscor states it has a blistering 2000 fps.  When you shoot the gun be prepared for the basketball sized ball of flame and a roar that could be easily mistaken for a magnum.  The pistol got a ton of attention at the range as the other 8-10 shooters stopped shooting trying to figure out what I was shooting.  That said, the 22 TCM recoil is VERY manageable. 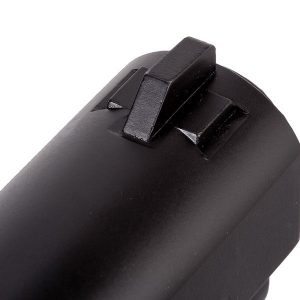 The 22 TCM round didn’t strike me as a nail driver.  Best I could achieve from a bench rest position were 2-3” groups at 10 yards.  Conducting a shooting drills course, I could achieve defensive accuracy out to 25 yards.    A huge advantage though is the cavernous capacity of 17 rounds.  It was quietly satisfying to not have to do magazine changes or reload as often as my peers.  Its performance with 9mm was much better with me being able to achieve 1” groups at the same ten yards.  While doing the tactical course I did notice that some of the magazine bases seemed to suffer being dropped on a concrete floor.  Concrete is admittedly very tough on magazines.  My observation was slight to VERY slight bending in two of the three magazine base plates.  One I could only see by the way light reflects off of it.  The other had a significant bend from landing on concrete.  One must acknowledge though dropping mags from 4-5’ on concrete is going to leave a mark on metal mags.  This is likely due to the larger area of the base plate that extends beyond the magazine column.  That same extension though comes in very handy if one wants to strip the magazine out of the pistol. 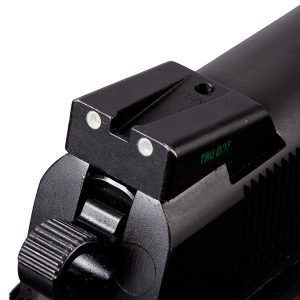 The most troublesome problem I encountered shooting about 200 22 TCM rounds were six failure to extract malfunctions, all causing double feeds.  That’s a 3% malfunction rate and malfunctions that couldn’t be remedied by a simple ”tap, rack, bang”.  I find that worrisome.  Upon later examination, I found flecks of what I think is brass in the open chamber and probably expended brass markings just to the upper rear of the ejection port.  During some of the drills I remember the shooter to my left being belted with brass at a pretty good rate.  My conclusion is the extractor is doing its job.  Furthering that conclusion is it would often require me to heave that slide to the rear as if I was Superman to get the empty case out of the chamber.  I wonder if the chamber is correctly sized.  I had a similar experience with another TCM gun I shot.

The two hundred 9mm rounds went through the gun flawlessly.  Firing them after 22 TCM almost seemed “snappy”.  22 TCM while load and bright is surprisingly easy to manage.  All that steel comes in handy firing 9mm as the recoil was much less than my 1911 .45’s.  As I mentioned before, the gun was also driving tacks in the accuracy department.

*After submitting this article I shot 100 rounds of 22 TCM from a different lot and had ZERO failures to extract. That’s an overnight 300% improvement in performance. It may be very possible my first lot of test ammunition was the problem. Given the performance of the second lot of ammunition thus far I’d be very comfortable using the pistol with 22 TCM in a self-defense mode after some more data becomes available on the round.

Here are some specs from Rock Island: 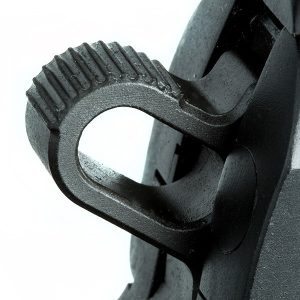 Adding some serrations to the front slide of these guns would be a nice thing to have, only two in the series of TCM guns offer it.  I’d also like to see a second magazine added just from a utility aspect.  It’s hard to do self-defense drills with a gun featuring one magazine.  While this is a valid choice as a self-defense gun when using 9mm the jury is still out on 22 TCM.  22 TCM is a load of fun to shoot.  Heck, anyone that enjoys shooting is going to be attracted to a flame and roar.  Rock Island likely recognizes that.  Their tag line for the gun is “Looks like a Gun, Performs like a Flamethrower.”   The issue with 22 TCM is there isn’t enough real world experience with it to truly rely on it as a self-defense round. 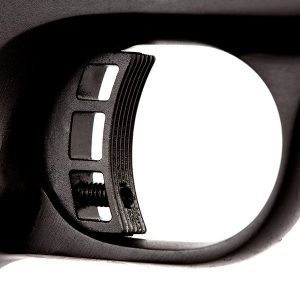 Even if one accepts the math (and a 40 grain bullet travelling at 2000 feet per second makes a fascinating case), the failure to extract issues give me pause on relying on it as a self-defense gun.  Reliability is the first and most important criteria when it comes to that purpose. Overall Rock Island’s FS HC Combination 22 TCM/9mm 1911 is a good buy if only for the individual looking for a 1911 chambered in 9mm alone.  Add another caliber and it makes it even a better value.

From RIA: The TCM Rock Standard is constructed in 4140 Ordnance steel and refined by our carefully managed hand fitting process. Built to drive the original Armscor 22 TCM cartridge over 2000fps, it features a 5” barrel with penetrating impact and remarkably light recoil. Add a double stack mag well with 17-round