The military consumes a lot of coffee. It’s been a source of comfort for them for a very long time even if one of the old Army cadences runs like this, “They say that in the Army, the coffee is mighty fine. It looks like muddy water and tastes like turpentine.” Basic rations and coffee must go hand in hand and along with it come rituals on how it is prepared and consumed in garrison, the field and in warfare. The history of coffee supposedly goes back to the 10th century. That’s a long time for soldiers to be drinking brew and kicking butt.

In his book Gettysburg: The Pivotal Battle of the Civil War, author Captain Robert K. Beecham wrote about soldiers and coffee. He penned, “The power of the soldiers to endure the fatigue of the march and keep their places in the ranks was greatly enhanced by an opportunity to brew a cup of coffee by the wayside.” Coffee has consoled and fueled soldiers for hundreds of years.

In a fascinating article written by Jon Grinspan he describes the importance of coffee during the Civil War. “It was the greatest coffee run in American history. The Ohio boys had been fighting since morning, trapped in the raging battle of Antietam, in September 1862. Suddenly, a 19-year-old William McKinley appeared, under heavy fire, hauling vats of hot coffee. The men held out tin cups, gulped the brew and started firing again. “It was like putting a new regiment in the fight,” their officer recalled. Three decades later, McKinley ran for president in part on this singular act of caffeinated heroism.” 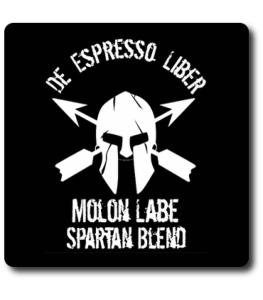 Most in the military who consume Meals Ready to Eat (MREs) look forward to the instant coffee packs stuffed inside the durable pouch. Some MREs even have chocolate covered coffee beans.

I’ve dealt with a few of veteran run coffee brands that do not follow through on what they say they are going to do. In order to gain any credibility it is important that a company keep its word, particularly a veteran run company, and that it also makes a good product. Enter the veteran run coffee brand called De Espresso Liber. Great products, smart branding, soldiers that have a passion for what they do which truly leads into excellent follow through on their service.

When the founders started their brand De Espresso Liber they had to start out like most first time small business owners do; without any real experience on how to run a business succesfully. But they were soldiers and they weren’t just going to give up if things got tough.

De Espresso Liber was created as a partnership between Armando Pimental, a U.S. Army 11 Bravo (11B) soldier, and Alex a Green Beret. The naming of their company was as smart as when Teddy Roosevelt gave a popular slogan to Maxwell House Coffee; he puportedly visited Andrew Jackson’s estate, took a sip of Maxwell House and declared it was, “good to the last drop.”

Taking the Latin phrase De Opresso Liber, the motto of the United States Army Special Forces, and spinning it into their own witty motto was a good move. It let’s the brand sound hip, reaches out to all demographics on social media, all while the brand stays true and grounded by the backgrounds of their infantrymen founders. Hipsters they’re not. De Espresso Liber’s motto is the very Merica sounding Freedom Doesn’t Brew Itself. These guys aren’t slackers. They work to make it happen. In the end coffee lovers of any kind can appreciate De Espresso Liber’s quality beans. *The motto De Opresso Liber is interpreted as “to free from oppression” or “to liberate the oppressed”.

The origins of De Espresso Liber began when Alex the founder wanted freedom from the really poor tasting coffee that he was tasting in his travels. He traveled to numerous regions across the globe but it was his time spent in southeast Asia that he realized the coffee he was drinking there was the best he ever had. This is where he developed an appreciation for tasting beans of varying qualities, and appreciating  great quality beans that could be fresh roasted. He also knew there wasn’t a magic button on a roaster that makes a crappy coffee bean taste good.

His goal was to bring good beans home. He started by roasting his first batch of beans in his garage with a steel bowl, torch and wooden spoon. Armando started out doing the digital artwork for Alex. Alex and Armando realized they shared some of the same values and passions and a business partnership soon followed. They were soon following in the same tradition of the military men who came before them by serving their nation and making brew.

They offer a few brews in their online store: Black Devil’s Brew, Molon Labe Blend, the Original’s Blend and Warrior Angels Foundation Holistic Blend. Also within their ranks you can find their Gold Star Memorial Blends. A portion of those sales from any of the Gold Star Blends is donated to various foundations and will continue to help spread the name of fallen heroes like SFC Benjamin Wise or Matthew ”Blackbeard” Pucino. The Gold Star Memorial blends, honor the men who lost their lives while in service to their country. The approval of the families of fallen loved ones must first be given before a blend is released.

The Spartan Blend provides a smooth yet strong brew made from a blend of medium roasted African and dark roasted Indonesian beans.  This combination provides a strong but smooth brew. Wyatt Goldsmith’s Doc’ Brew is the blend I tried, one of the most popular, and I felt very tasty.

The Wyatt Goldsmith’s: Doc’s Brew I think would be most pleasing to coffee drinkers.  It’s a blend of Sumatran and Ethiopian coffees roasted to a medium level. Armando and Alex did this in order to maintain a smooth flavor. I truly enjoyed mine. The coffee is very aromatic and not oily or bitter. The flavor is rich and pleasant to the palate.

I like the taste because it didn’t have any sharp edges to it. The coffee makes for a full in your mouth taste that is even all around with no after bite. Pleasant really. I tried it out with my wife after Armando recommended it and we like this coffee. Two thumbs up to the roasters. It isn’t easy to create a mild blend that offers a unique taste and some real character.

They hope to deliver a good product while implementing lessons learned from the military; luck, timing and a lot of hard work pays off. They also labor to give back to their community as they continue to grow. If business continues to grow they’ll hire more veterans. As small-business owners, veterans are an important part of the U.S. economy. Veteran-owned small businesses employ more than 5.5 million people. Buying from Veteran-Owned Businesses is the best way to say thanks and truly support the veteran community. Check out De Espresso Liber or visit their Facebook page. 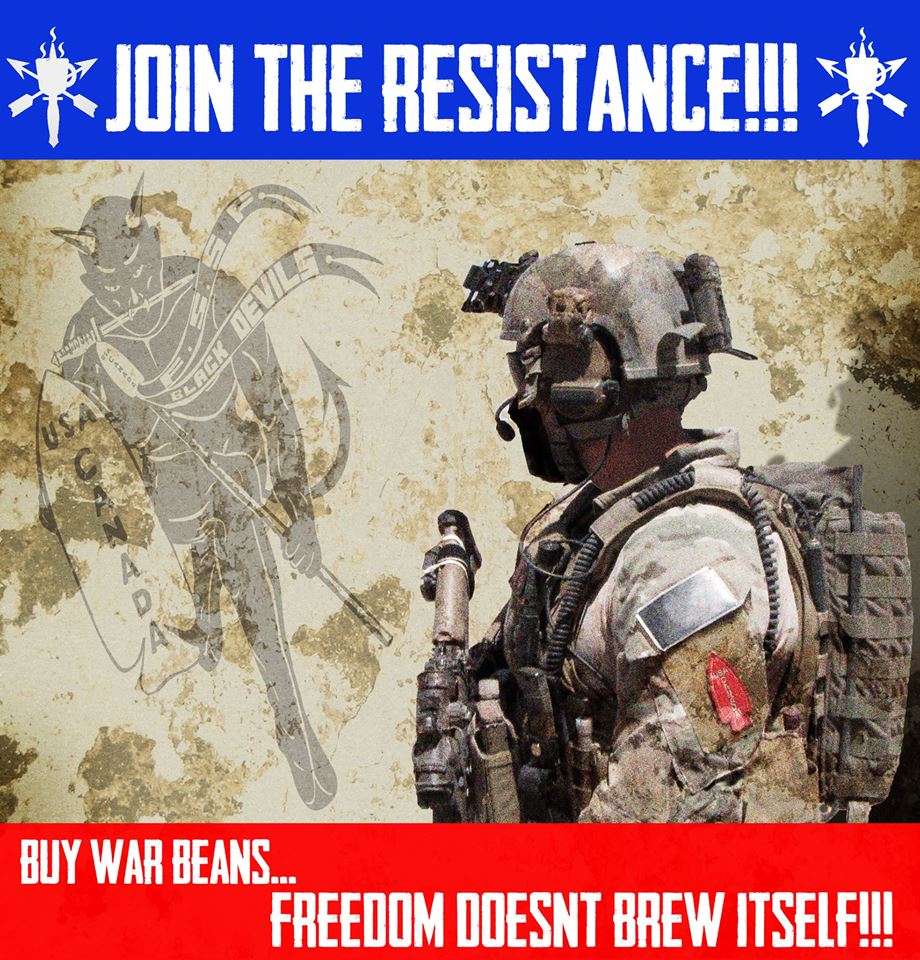 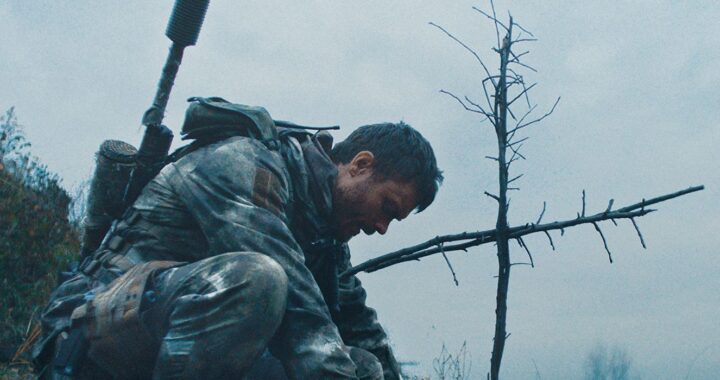