17 July 2015; the day after four U.S. Marines were murdered and could not defend themselves because of laws; laws that should be changed.

Note: I wrote this paper for the Sergeant Major of the Marines Corp’s annual symposium in 2010. I then continued to submit it in 2011, 2012, and 2013. No one wanted to listen to me then; how about now? This is unedited and as it was four years ago.

H.R. 218, which is “The Law Enforcement Officers Safety Act of 2004”, allows current and retired law enforcement officer to carry concealed weapons from state to state. I believe qualified U. S. military personnel should also be allowed to carry concealed nationwide; to include government and military installations.

In most police departments a citizen may enter the police academy at the age of 20 years old and he or she receives 12 to 14 weeks of training (18 weeks for the FBI). Denver police recruits receive 88 of firearms training during their academy, which includes marksmanship, tactics, and decisional shooting and teamwork; therefore it is not all live fire training. On 22 July 2004 President George W. Bush signed into Law H.R. 218, which is the “The Law Enforcement Officers Safety Act of 2004;” also the “National Concealed Carry for Cops.”   This new law allows law enforcement officers to carry their weapons while off duty between states. “…an individual who is a qualified law enforcement officer and who is carrying the identification required by subsection (d) may carry a concealed firearm that has been shipped or transported in interstate or foreign commerce, subject to subsection (b).” This law applies to persons who meet the definition of a Qualified Law Enforcement Officer. Law enforcement officers must “(4) meets standards, if any, established by the agency which requires the employee to regularly qualify in the use of a firearm.” Officers are required to carry identification issued by their agency. Retired officers who maintain their annual qualification are also authorized to carry concealed; with an appropriate identification card. 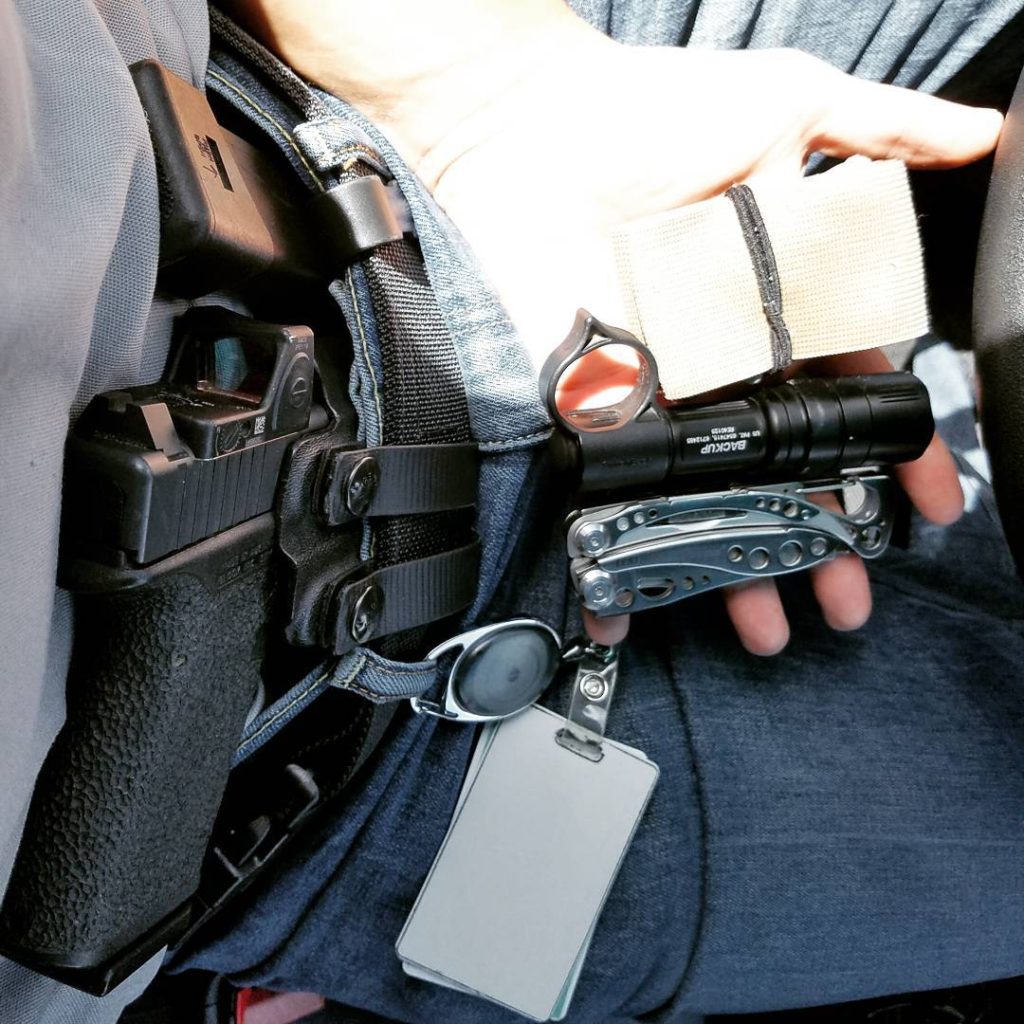 In comparison all Marine Corps recruits are immersed in marksmanship for two straight weeks (officers receive three weeks). Tactics and team work exercises are not counted in the amount of hour’s marksmanship training they receive. Annually, all Marines are also required to re-qualify with their service weapon. According to U. S. Navy Regulation 1159, “Personnel may not have any weapon or explosive in their possession without proper authority.” I absolutely agree with this regulation, but would like to emphasize, “proper authority.” To me “proper authority” means authorized; as in authorized to carry a concealed weapon in this case. I am not saying military personnel ‘have the right to carry concealed weapons; I am saying we (those that are deemed qualified) should not be deprived of the right to carry concealed weapons.” Per U. S. C. 921-929, Federal Firearm Laws, persons are not allowed to carry firearms in Federal Facilities unless (Federal Court Facilities excluded): the possession of a firearm or other dangerous weapon by a Federal official or a member of the Armed Forces if such possession is authorized by law.

According to Barbara Starr (Star, 2010, July 5) the General Accounting Office (GAO) warns of “significant weaknesses” and “numerous potential vulnerabilities” at U.S. military bases to a possible terrorist attack. Starr found multiple “real life breaches” that I will mention: (1) devices for making military IDs were stolen from the Walter Reed Army Medical Center. Phony military identification cards could give terrorists and criminals wide access to all military bases; (2) Police arrested an individual for theft of C-4 plastic explosives, antipersonnel land mines, silenced machine guns and night vision devices from the Navy SEAL base in San Diego, Calif.; and (3) A man disguised as an Air Force officer penetrated Fort Meade, Maryland outside Washington D.C. He stole rifles, pistols and 12,000 rounds of ammunition. Starr states, “While there may be no security measure that could ultimately thwart a determined terrorist, military bases have been under orders to beef up security ever since the bombings of the Air Force barracks at Khobar Towers in Saudi Arabia 1996; the 1998 U.S. embassy bombings in Africa and the Oct. 12, 2000 bombing of the USS Cole in Yemen.” 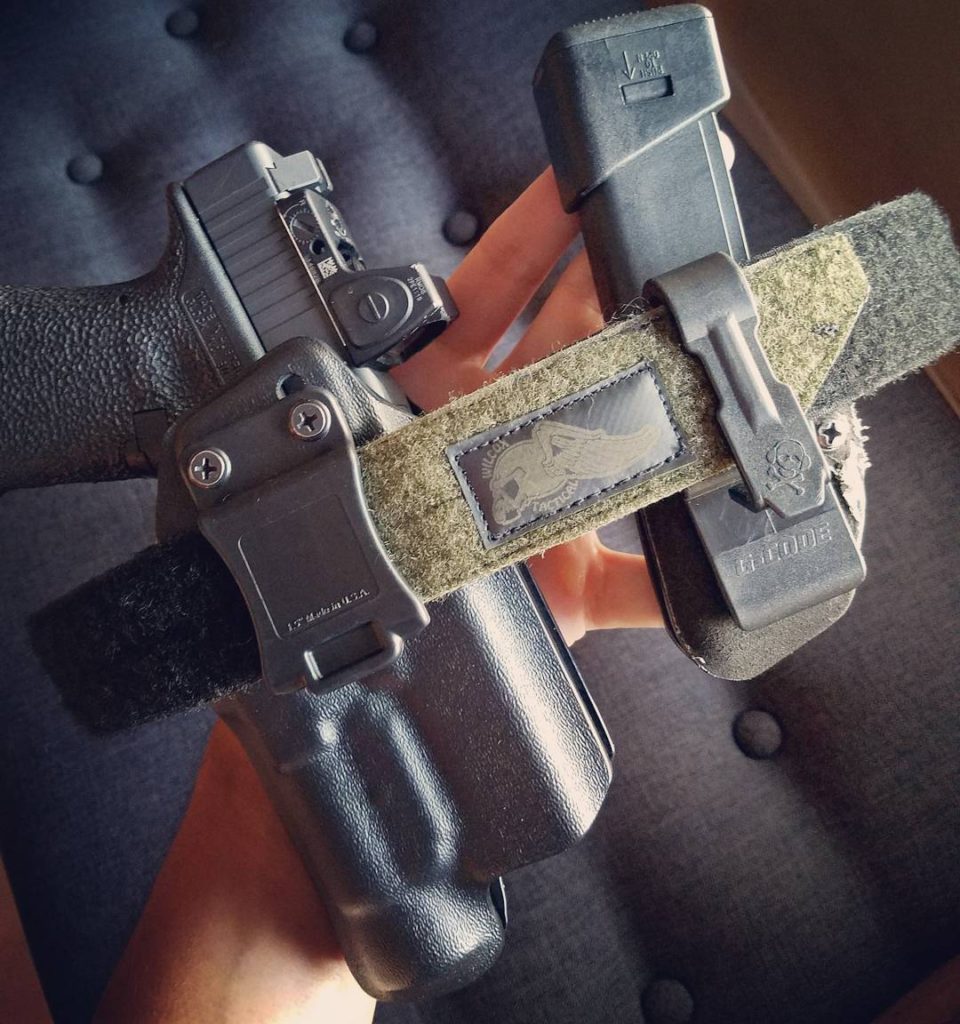 In addition to the attacks above, most of us remember, that in August of 2005 four men running an Islamic prison gang were arrested after allegedly attempting to enter Los Angeles military bases, synagogues and other places. In May of 2007 six men were arrested after attempting an attack on Fort Dix. Their plan included attacking and killing soldiers using assault rifles and grenades. In May of 2009, four men were arrested in New York after a plot was revealed to blow up two synagogues and shoot down a U.S. Military Aircraft. Then in November of 2009, there was the infamous Fort Hood shooting. In the course of the shooting, a single gunman (a soldier – Major Hasan) killed 13 people and wounded 29 others. Many U. S. military bases are too big to be secured by a small police force, leaving its occupants vulnerable to attack. The reality is our bases are soft targets. In an attack, we could not get to our armories and ammunition supply points to deploy in a timely manner.

In conclusion, I recommend authorized military members should be included in H.R. 218 or a similar H.R; therefore permitting authorized personnel to carry concealed weapons anywhere within the United States, to include military installations (excluding Federal Court Facilities).

A possible definition of authorized personnel could be: Military personnel authorized to carry concealed weapons nationwide, to include military installations, must have met the following prerequisites:

Annual qualification with their weapon to be carried (through DOD, NRA, DHS).