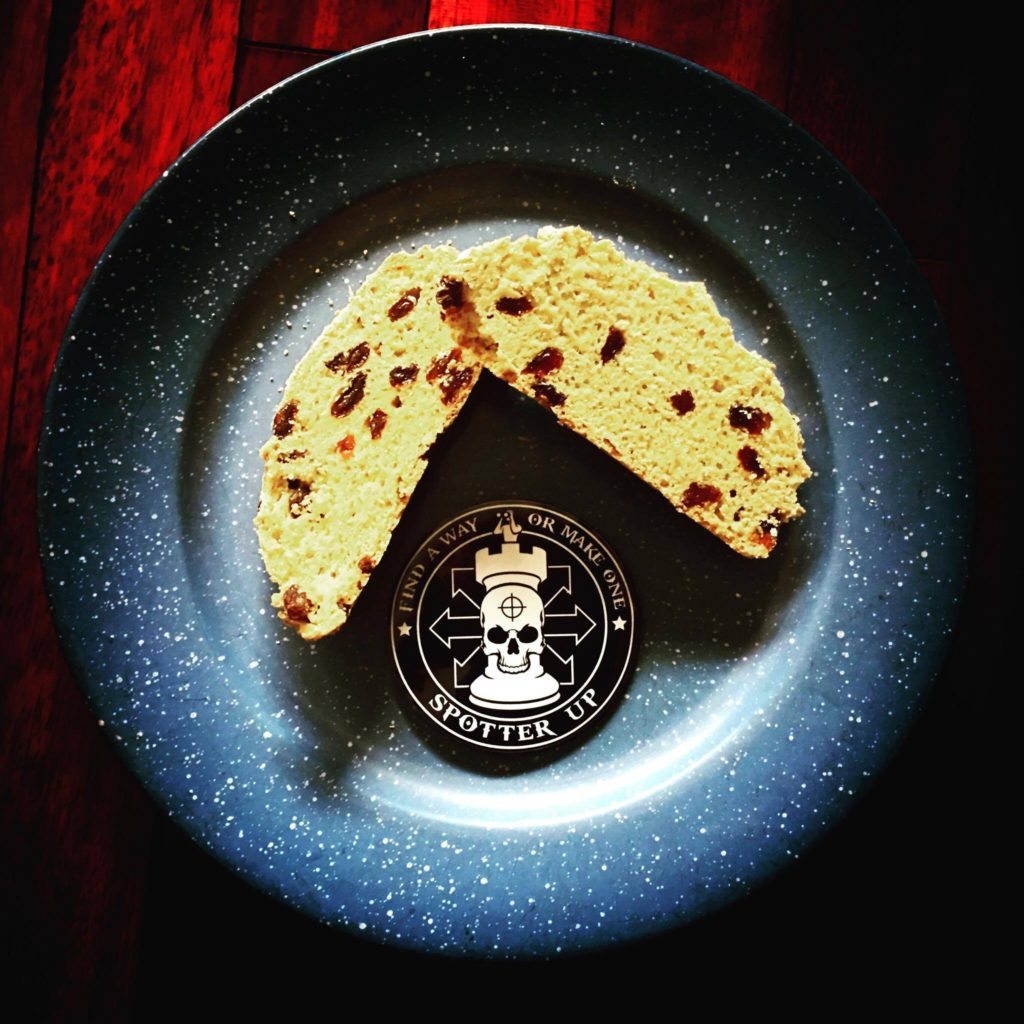 Here’s an easy recipe that gives you a nice crunchy bread with a soft interior. Wrap it in a handkerchief and enjoy it on your hike.

Although known widely in America as Irish Soda Bread this recipe isn’t originally Irish and variations of it are found in places such as Scotland, Australia, Serbia and far beyond the Emerald Isle. The recipe has been around for thousands of years. Publications in the late 1700’s to early 1800’s spread word of this simple recipe that used bicarbonate of soda. It is believed that bicarbonate of soda was first was introduced in  to Ireland around the mid 1800’s.

This bread is healthy and nutritious, easy to make and simple to carry in your rucksack or jacket pocket. The recipe is simple as befitting of a once poor country and can be made easily. Sweeten if you prefer.

Note: Add 1/2 tbsp. lemon juice to the non dairy milk and let it sit for 5 minutes or so to let it ‘curdle’.

Directions:
Preheat the oven to 375 degrees F. Lightly oil a baking sheet, or line it with parchment paper.

Whisk together the flour, baking soda, sugar and salt in a large bowl. Pour milk and raisins in and mix until well combined and there is not more visible flour. Shape the dough into a ball and place on the baking sheet. Flatten out into a circle about 2 inches thick. Using a sharp knife, cut 2-3 slashes across the top of the loaf in an ‘X’ shape.

Bake for 15 minutes. Remove from the oven to turn the pan around for even baking, and bake for another 15 minutes. 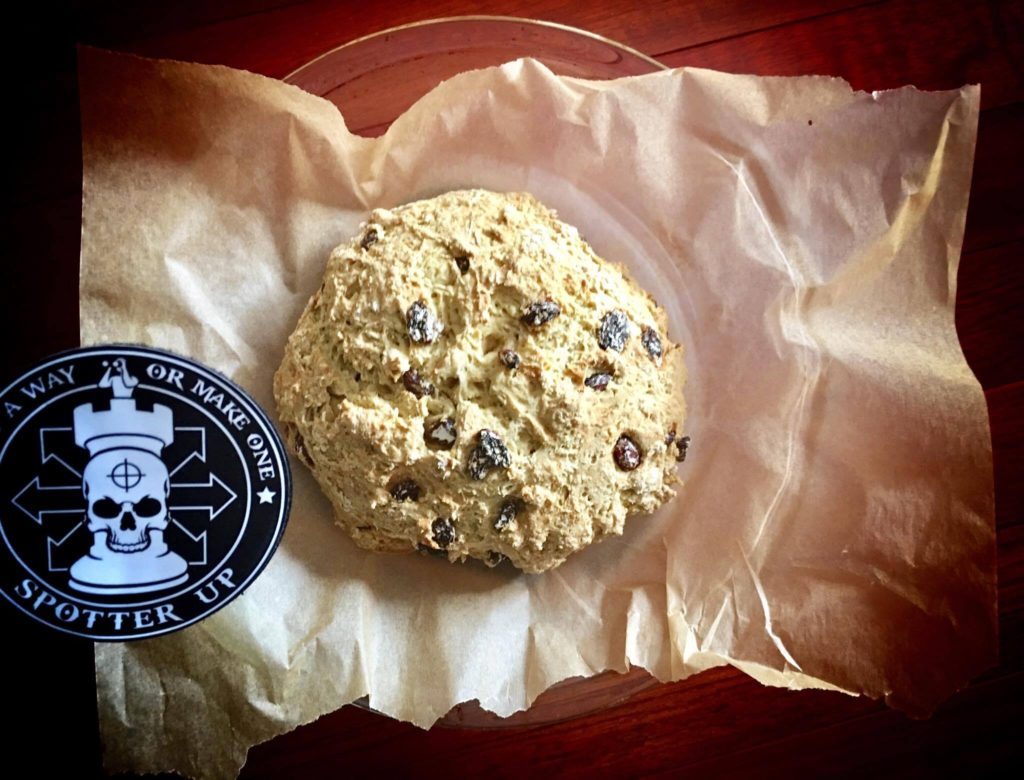