A significant percentage of defensive shootings involve more than one threat. That said, the need to carry a spare/backup magazine on one’s own time is nevertheless the subject of debate.

Many take a situational approach, basing the need on the magazine capacity of the carry pistol and the perceived threat level. And as to having a spare just in case of a magazine related malfunction, they point out that every magazine should be thoroughly tested before it’s relied on.

Others take a more general approach to carrying a spare magazine, arguing that it’s better to have one and not need one than to need one and not have one. It’s true that you’ll never know how many rounds you’ll need until you need them. Preparation is about possibilities, not just probabilities. Now obviously, practicality does play an important role in our decisions.

I typically do make a habit of carrying a spare magazine (or two, especially if I’m carrying a single stack) whenever possible. Whether it’s necessary or not is, in reality, irrelevant. There’s no reason not to. as it takes up relatively little space.

If you choose to carry a spare magazine, as well, you need a good magazine carrier/pouch. Simply tossing a magazine in your pocket, while it may be convenient to do so, isn’t a good idea. It can easily snag, dump rounds and doesn’t maintain proper orientation and can be hard to access quickly.

There are a multitude of magazine carrier/pouch options available for IWB, OWB, shoulder holster harness, ankle, and pocket carry. They all have their own pros and cons. One pocket carry option that has worked well for me is the Galco Gunleather® Pocket Magazine Carrier (PMC™). It may work well for you too.

Originally founded In Chicago, Illinois as the Famous Jackass Leather Company, Galco International, Ltd. (Galco Gunleather) has been in the business of making holsters and related products since since 1969. The company relocated to Phoenix, Arizona in 1983. The company garnered national visibility with its signature Miami Classic shoulder rig worn by Don Johnson as Detective James “Sonny” Crockett in the popular 80s television series Miami Vice. Galco remains one of America’s premier gun leather companies.

Galco’s Pocket Magazine Carrier is designed for pocket carry in pants or jackets. It’s designed to keep the magazine in the same general position in the pocket at all times or quick access with no fishing for it, conceal its shape and allow proper indexing of the magazine while in the carrier and pocket. The carrier utilizes a hooked shape that catches on the pocket to allow for a clean draw while the carrier remains in the pocket or drops free.

The current version of the Galco Pocket Magazine Carrier, which debuted at the 2018 SHOT Show, features vertical magazine orientation, adjustable magazine retention tension, and twin fore-and-aft “hooks” to retain the unit in the pocket as the magazine is withdrawn. The new design provides better fit, access, indexing and draw. It works well in both front and rear pockets, too. The design improvements are the direct result of user feedback.

For comparison, the original Galco Pocket Magazine Carrier carried the magazine at a roughly 45° angle and didn’t have any tension adjustment. Another difference is that it had a single pocket “hook.” The original version did the job and I was happy with it, but I much prefer the current redesigned version.

Unlike some competing designs, the Galco Pocket Magazine Carrier covers the magazine feed lips and top/exposed cartridge. This prevents rounds from being inadvertently stripped out of the magazine, which can otherwise be an issue, particularly with some magazines. It also helps to protect the magazine from pocket debris, which can induce malfunctions.

The pliable leather construction, in conjunction with the physical design of the carrier itself, not only does a great job in breaking up the symmetry of the outline of the magazine, but also greatly adds to comfort. It doesn’t dig into you while seated.

I haven’t had any instances of the Galco Pocket Magazine Carrier coming out of my pocket during when I have drawn the magazine from the carrier during training and at the range. The vertical orientation of the current carrier makes proper accessing, indexing and drawing the magazine easy. Now of course, the pocket itself in which it’s carried and the magazine retention adjustment of the carrier, obviously do play a role here.

I often carry my wallet in the same pocket as the Galco Pocket Magazine Carrier. Whether or not this is a good idea, I can say that there haven’t been any issues. I wouldn’t recommend this with many of the pocket magazine carriers, especially those that don’t protect the magazine feed lips and top cartridge.

Of course, while carrying other items in a pocket with a magazine might be okay, if you’re carrying a handgun in pocket holster NEVER put anything else in the pocket with it. The latter is a critical safety issue.

Pocket carry isn’t optimal for everyone or at all times. For example, if you are wearing tight pants and don’t have a jacket pocket as an alternative, there may be an issue easily accessing the magazine with any pocket carrier. In this situation, an OWB or IWB carrier/pouch might be a better alternative for you. There are a number of options here, as well, both from Galco and others.

There’s a learning curve with any mode of carry. Even something as simple as carrying a spare magazine in the Galco Pocket Magazine Carrier. Practice is essential to avoid mistakes in fast-breaking, high-stress situations.

As with all Galco products, the Pocket Magazine Carrier is exceptionally well-made. I’ve carried an original (first generation) Galco Pocket Magazine Carrier on a daily basis for close to seven years and it’s still as serviceable today as it was when I got it. The only reason that I retired it was that I’ve switched to the current model.

The Galco Pocket Magazine Carrier is also a great way to discreetly carry a folding knife in those situations where pocket clip carry isn’t desirable. And, although I haven’t actually tried it myself, I can see no reason that it wouldn’t work well with revolver strip loaders, such as Galco’s E-Z Loader™ Cartridge Strips, for example.

As with all Galco Gunleather products, the Pocket Magazine Carrier is designed and made in the USA, in the Great State of Arizona. It comes in black only. 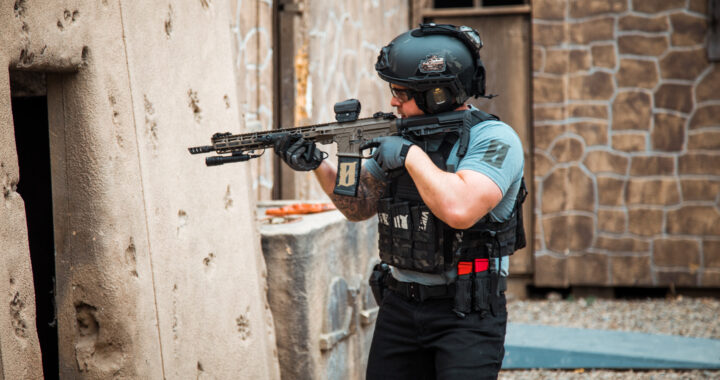 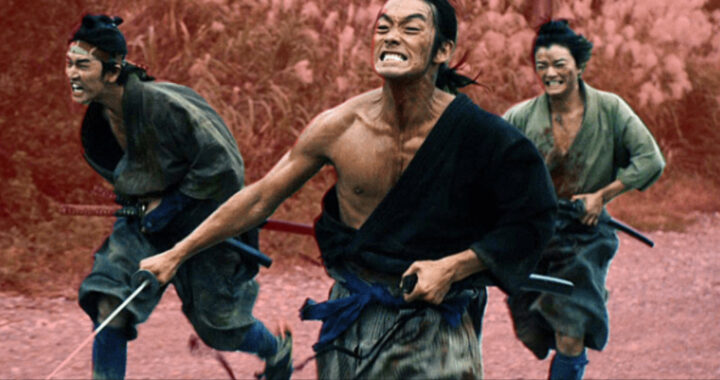 The Goal of the Warrior