Even in this post 9-11 world, you don’t have to leave your firearm home when flying the friendly skies. If you have never flown with firearms or haven’t flown in a while, this article will take you through the basics and offer a few tips to make your trip more hassle free. Along the way, we’ll hopefully dispel some misconceptions about flying with guns.

With limited exceptions for law enforcement officers (who may fly armed by meeting the requirements of 49 CFR § 1544.219 Carriage of Accessible Weapons), all firearms, ammunition and firearms parts may only be transported in checked baggage, subject to state and local laws and the policies of the airline you’re flying.

The U.S. Department of Justice has issued a written opinion that airline travelers with firearms are protected by law under the “Safe Passage Act” of the Firearm Owners Protection Act (FOPA), which is codified at 18 USC § 926A, provided the following conditions are met:

There has been a refusal of the authorities in some jurisdictions to recognize § 926A. Although most states have never had a problem with this law, the NRA has been forced to repeatedly warn gun owners that they should avoid using New York or New Jersey airports when traveling with firearms. Persons traveling through New York and New Jersey airports may want to consider shipping their firearms to their final destinations rather than bringing them through airports in these jurisdictions.

The NRA recommends that travelers should strictly comply with FOPA and airline and TSA policies regarding firearms transportation, avoid any unnecessary deviations on the way to checking in their baggage, be well acquainted with the firearms laws of the jurisdictions between which they’re traveling, and have any necessary permits or licenses ready for inspection.

Prior to traveling, check the laws and regulations at your destination(s). Be aware that other countries have different laws concerning the transportation and possession of firearms. Airlines may have their own restrictions regarding international travel with firearms.

When going abroad, have a completed U.S. Customs and Border Protection Form 4457 – Certificate of Registration for Personal Effects Taken Abroad (available at www.cbp.gov) with you for re-entry into the U.S. with your firearm(s).

Attempting to bring a firearm onto a commercial aircraft in carry-on luggage is a serious “strict liability” federal offense. You can be convicted regardless of criminal intent. Forgetting that you possessed a firearm is no defense. “I didn’t know it was illegal” won’t cut it either. Criminal prosecution and civil penalties of up to $10,000 per violation can result. TSA is required to report all violations to law enforcement. Before leaving home, check your baggage to ensure you aren’t traveling with any prohibited items including firearms, firearm parts and ammunition to avoid a possible arrest or civil penalties. Rifle scopes are permitted in carry-on and checked bags.

All firearms (including replica firearms), firearm parts and ammunition must be declared during the check-in at the airline’s main ticket counter. They may not be declared curbside. Give yourself some extra time to complete the firearm screening process. It’s better to have some extra time on your hands than miss a flight.

All firearms must must be unloaded and packed in a locked hard-sided container and transported as checked baggage. As defined, a loaded firearm has a live round of ammunition, or any component thereof, in the chamber or cylinder or in a magazine inserted in the firearm.

Don’t use a TSA lock on the container that secures your firearm. TSA locks are designed to be opened by the authorities using publicly known universal “master” keys. TSA locks are easily identified by the red diamond identifying mark on them.

Although TSA Transporting Firearms and Ammunition states (as of this writing) that you may use any brand or type of lock to secure your firearm case, including TSA-recognized locks, the use of a TSA lock to secure a firearm is in conflict with 49 CFR § 1544.203 (f) (2) (iii) which states “only the passenger retains the key or combination.”

TSA defines a locked container as one that completely secures a firearm from being accessed. If the case can be pulled open with little effort it won’t be allowed to be brought aboard the aircraft. The factory case that came with your handgun may or may not meet this requirement.

Dishonest baggage handlers most commonly target smaller objects that can be discreetly removed from larger luggage. Lockable zippers provide a false sense of security. For example, it takes only a ball-point pen and a few seconds to open a zipper on soft luggage. The zipper can be resealed just as quickly, with no signs of tampering.

Tamper evident seals are available but are of limited value since the luggage is often legitimately opened by TSA. If TSA does open your luggage and you aren’t present, they’re required to put a TSA Notice of Inspection Tag inside your luggage.

Common hard-sided luggage of the type sold in luggage stores often isn’t all that secure. While you can’t stop determined thieves, you do want to make it difficult for them.

Black is the most popular color with luggage thieves. If you fly, you know that most black luggage looks alike. Thieves prefer it for this very reason. A color other than black will not only be easier to spot on the luggage carousel, but it will make it less likely that someone will mistakenly (or not) confuse your luggage with theirs,

You can also use a luggage identification strap, handle wrap or bright luggage tags to differentiate it from the rest of the pack. A luggage strap also provides extra security and prevents the luggage from opening if a zipper or latch fails. Luggage straps are available with TSA locks. Most luggage stores have them.

Luggage tags should have minimal personal information: your name, cell phone number, possibly your email address, and nothing more. Putting your physical address on a tag only tells a thief where to finf more firearms. Use a secure tag and place it on before you leave home. Put your name and contact number inside the luggage as well. The same holds true for the firearm container.

TSA requires small arms ammunition and firearm magazines and ammunition clips, whether loaded or empty, be securely boxed or included within a hard-sided case containing an unloaded firearm. Loose ammo isn’t allowed, not even in an ammo can. Black powder and percussion caps aren’t allowed on aircraft.

FAA regulations stipulate that the primers be protected/covered. Firearm magazines/clips may not be used for packing ammunition unless they completely and securely enclose the ammunition. For example, securely covering the exposed portions of the magazine or by securely placing the magazine in a pouch or holder.

Most airlines prefer ammunition to be in the original packaging from the manufacturer. Commercial plastic ammunition cases designed for reloaded ammo are also fine. It’s a good idea to tape all ammo boxes shut to avoid any spillage.

Be aware of any ammunition restrictions at your destination. New Jersey, for example, places restrictions on hollow-point ammo.

Prior to booking, familiarize yourself with airline limitations on the number of firearms that can be transported in a single case, rules regarding excess baggage exemptions, and limitations on the amount of ammunition that may be transported. Limitations may be placed on weight (commonly 11 pounds gross weight per passenger, especially on international flights) or quantity, depending on the airline.

A cable lock on your secured firearm(s) will show screeners at a glace that the firearm is unloaded, as well as further securing the weapon. If you don’t have a cable lock, a thick nylon cord or a zip tie will also serve as an indicator. Instead of cable locks, remove the bolt on any bolt-action rifle and stow it in the case with rifle prior to arrival at the airport. While these measures aren’t required, they’ll likely speed up the screening process.

After you declare your unloaded firearm(s) at the main ticket counter during check-in, TSA will inspect your firearm case. You should remain in the area designated by the airline or TSA in order to take the key back after the container is cleared for transportation. Remember that you’re the only one who can have the key or combination. This doesn’t mean that you can’t hand the key to the TSA, only that the key must remain under your control.

Luggage is x-rayed and screened for explosives. While larger airports often have state-of-the-art explosives detection systems, many airports don’t have this technology. Some methods can’t differentiate loaded ammunition or gunpowder residue from explosives. Hand inspection may be necessary.

TSA generally suggests that passengers should leave their bags unlocked to allow for inspection. This doesn’t apply to baggage containing firearms. All firearm containers must still be locked afer they are declared at the ticket counter.

If you aren’t present and the TSA must open the container, a “reasonable” effort will be made to contact you. If TSA is unable to contact you, the container won’t be placed on the aircraft. The lock may be broken in instances where explosives are possibly present.

Print out the TSA Transporting Firearms and Ammunition regulations (available at www.tsa.gov) and the airline’s rules for transporting firearms (available on the website’s of all major airlines). Take them to the airport with you in case there are any questions. Keep in mind rules change and the airline websites may not have been updated to reflect those changes. It’s a good idea to give the airline a call before making reservations.

Persons other than qualified Federal Firearm Licensees or government agencies must have prior written authorization from ATF for the interstate transportation of any machine gun, short-barreled rifle or shotgun, or destructive device under 18 USC § 922 (a) (4). You must make requests in writing using ATF Form 5320.20 Application to Transport Interstate or Temporarily Export NFA Firearms (available at www.atf.gov) or a letter containing the same information, submitted in duplicate. Form 5320.20 is commonly referred to as Form 20.

After the transportation is approved, ATF will return a Form 5320.20 to you. Provide a copy of the approved From to the airline and keep a copy with you. While a Form 5320.20 isn’t needed for transporting sound suppressors and Any Other Weapons, it’s still a good idea to have one for them. ATF approval only authorizes the transportation of the NFA weapon(s). All other laws and regulations still apply.

Flying with firearms isn’t difficult. Airlines and TSA personnel are accustomed to passengers flying with all types of firearms. If it’s your first time, it may surprise you how smooth the whole process is. You’ll likely be left wondering why you haven’t flown with a fireman before.

I am not a lawyer. Nothing in this article should be construed as legal advice. 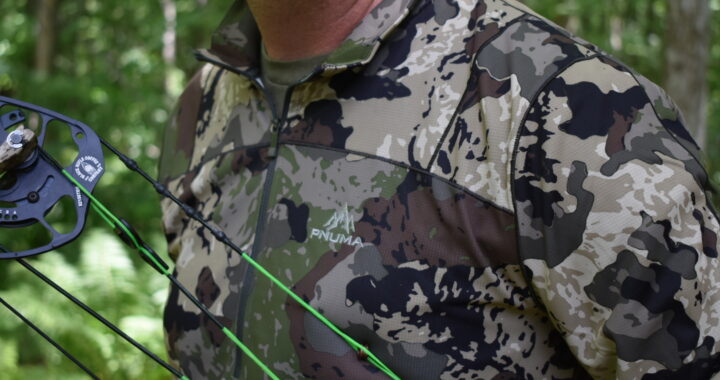 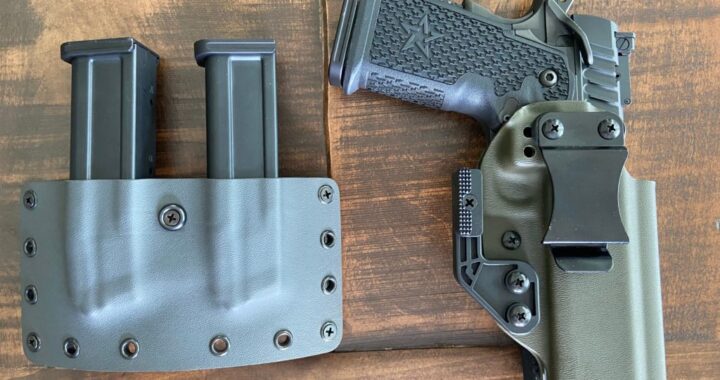