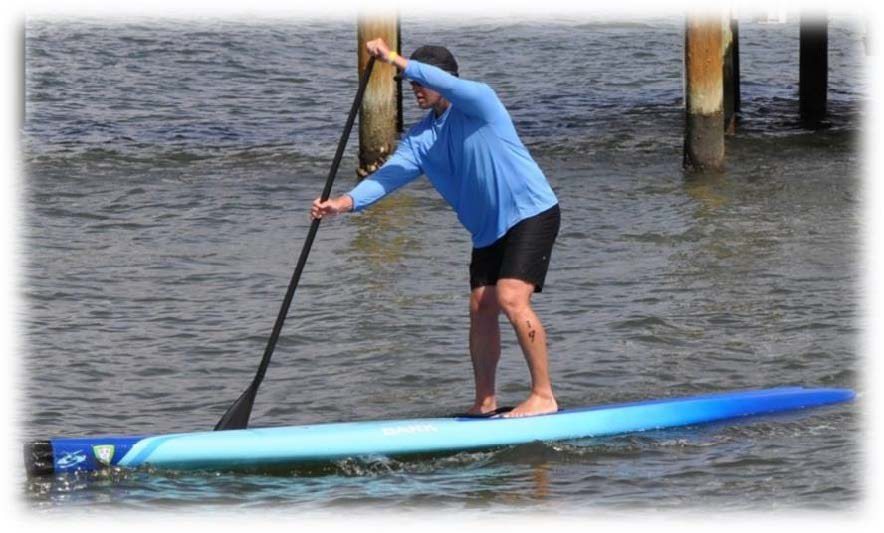 Now seeking sponsors and contributors for the first-ever solo, non-stop, and unsupported journey across three oceans around the world by human powered rowboat in January 2017. The purpose of this epic voyage is to raise awareness and resources for Traumatic Brain Injury (TBI) and Post Traumatic Stress Disorder (PTSD) treatment and rehabilitation. These two devastating conditions, sometimes causing the break-up of families and Veteran suicide, have risen to epidemic proportions since 9/11 and the War on Terror. Twenty two wonderful men and woman who have served their country faithfully are taking their lives each day. This is far above the National average, it is unacceptable, and it has to be stopped. Just like the hardship each Veteran faces after combat and leaving the service, this epic passage represents the struggle, pain, and adversity every soldier faces. It is our sacrifice for one another, to leave no fallen comrade behind. These Veterans are in desperate need of our help.

The journey starts now! In preparation, our specially selected warrior and extreme athlete will be competing in two ultra-distance rowing expeditions (300 and 1200 miles respectively) over the next year, and also completing a world distance record stand-up paddleboard journey from Montana to the Gulf of Mexico down the combined Missouri and Mississippi Rivers (4880 miles). But this is only part of the training regimen to insure success! We can’t change the weather and seas, but we will have the strength and determination to battle them. It will all be documented, and available to the media for full coverage. 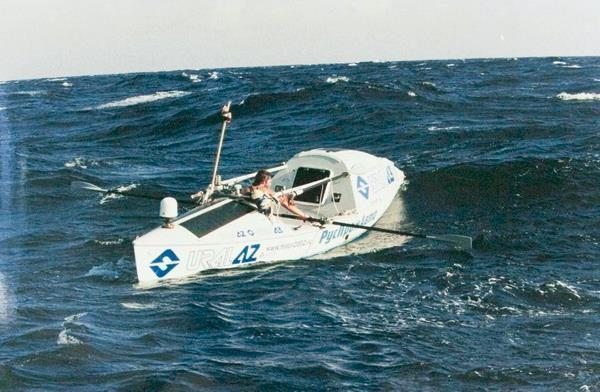 The project is run by a group of active and retired combat Veterans from the military’s Special Operation’s Forces, and the Task Force Dagger Foundation. But there is one of these Veterans from that same community, Sergeant First-Class (R) Josh Collins who will be making the brave expedition alone. Josh is an Army Ranger and Green Beret with years of experience as a Reconnaissance team leader, and conducting hundreds of long-range waterborne operations.

He is also a Special Operations Combat Diver and expert in maritime operations. Josh served more than 10 years as an elite Delta Force Operator, 4 years as an Army Ranger, and 6 years in airborne infantry and long-range reconnaissance units. Further, he grew up on the water in Miami, Florida spending most weekends boating and spear fishing off the Florida coast. He is an avid extreme endurance competitor completing his first marathon at age 11 in 4:25:32 (10 minute miles), the grueling David E. Grange 72 hour non-stop Best Ranger Competition twice, and countless long range continuous operations in combat.

The underlying story behind this venture lies in Josh’s personal struggle with TBI and PTSD. He is a combat Veteran with 7 rotations to Iraq, Afghanistan, and Bosnia, along with numerous other deployments around the globe in support of the War on Terror. Moreover, Josh is a Wounded Warrior with 4 documented Traumatic Brain Injuries (TBI) with loss of consciousness from explosive blast, 2 by parachute landing falls, and 1 more from combatives training. 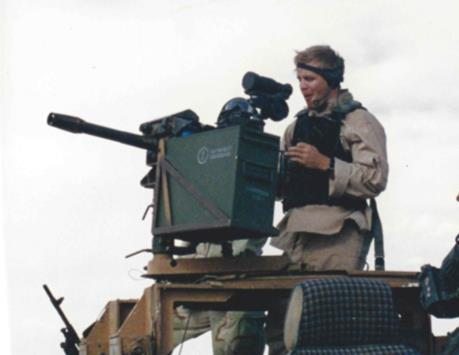 After he retired in December of 2008, Josh continued to support the military as a contractor both stateside and abroad. But it was during an elite Special Operations training exercise in 2013 that he sustained another major concussion, and complete with fractured nose, ribs, and cervical spine compression that put him over the edge. Driving on with the Doctor’s prescribed medications, but also self-medicating with alcohol, he reached the limits of his ability to function. He was finally hospitalized for over 3 months in the James A Haley VA Polytrauma Unit in Tamp, FL. for sustained TBI therapy, and was subsequently medically retired again as a civilian. Not one to quit, this series of events, saving his life, marriage, and family has rekindled a new fire. After the hospitalization, his wife Tonia purchased him a Stand-up paddleboard for recreational therapy to assist in the prolonged recovery.

It was on the water again that Josh found a sanctuary. Severe vestibular (inner ear) damage, nerve damage and palsy in his right eye, and cervical spine compression now fused, left him continuously off balance on dry ground, but the rolling surf calmed all this and in his words, “Everything holds still when I’m on the water.” Having nearly lost it all, he is now determined to make a difference in helping other Veterans navigate these perilous waters of life after combat; Veteran Voyage 360.

The coverage of this event will grow to an international scale. Josh will garner National attention in the attempt alone, for such an important cause, and with the completion of numerous world records along the way. But the spotlight will increase at the start of the first Ocean crossing, the Pacific, and intensify thereafter. Crossing one ocean is perilous and the Pacific and Indian Oceans have been crossed only a handful of times each.

Never has a person attempted to continue non-stop across multiple oceans. The journey will take 18 months to complete, covering over 27,000 miles, touching multiple equatorial antipodes. Josh will have to row 12 hours a day, and pacing only with the occasional rest day. He will survive on solar and wind powered battery run devices for desalinating water, for communicating with base, and powering navigational equipment.

An 18 month supply of high-performance nutritional expedition foods and supplements will sustain him, but also augmented by fresh fish caught during breaks in rowing. The journey will be the greatest test of will and self-preservation, surpassing even the longest time at sea for any human being. All of this to never leave a fallen comrade, and to demonstrate the greatest resolve of our armed forces.

Giving way together, please support this journey as a sponsor or contributor. As a project sponsor, your corporate brand will be carried around the world, and for the highest cause in support of our Wounded Warriors and Veterans. Your logo will be displayed on Josh’s ocean rowboat, all marketing material and during interviews, and any vessel utilized for train-up and world record events. A Veteran Voyage 360 website is under construction for information about the expedition, and this will track Josh’s progress by Google Map, and carry his daily blog and video updates. Further, Josh will be available by SATCOM communications and phone with his base team, for conference at special events, and for peer support calls with other Wounded Warriors at scheduled times. A Facebook and Twitter account will also carry progress reports, and maintain communication with hundreds of thousands of supporters, friends, and family.

This is a tremendous cause, and epic event. We are crossing unchartered territory to conquer one of the last great firsts. Please join us in supporting this endeavor either as a sponsor or by simple contribution.

You can follow our journey on Facebook for continuous updates at http://www.facebook.com/veteranvoyage360.
For more information about the Task Force Dagger Foundation, you can go to www.taskforcedagger.org. We can be reached at keith.david@taskforcedagger.org or at our office (214) 785-7559. Very Respectfully, Charles K. David, Managing Director, Task Force Dagger Foundation