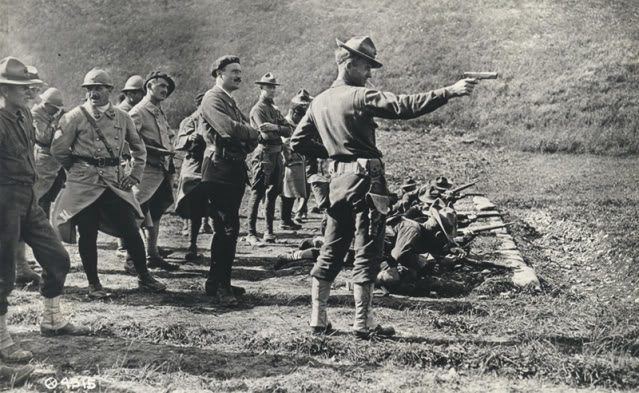 For those that intend on training in the discipline of combat shooting one must have a good understanding of the differences between the fundamentals of both combat shooting and traditional marskmanship otherwise known as competition shooting.

First we will discuss the traditional marksmanship fundamentals which can also be known as the Principles of Marksmanship.

In the British, Australian and New Zealand militaries the Principles of Marksmanship are as follows:

This version is much more succinct compared to the others stated below but written doctrine and military instructors will explain the “how to” of each point in greated detail to give a better understanding of what needs to be done for each of the points. 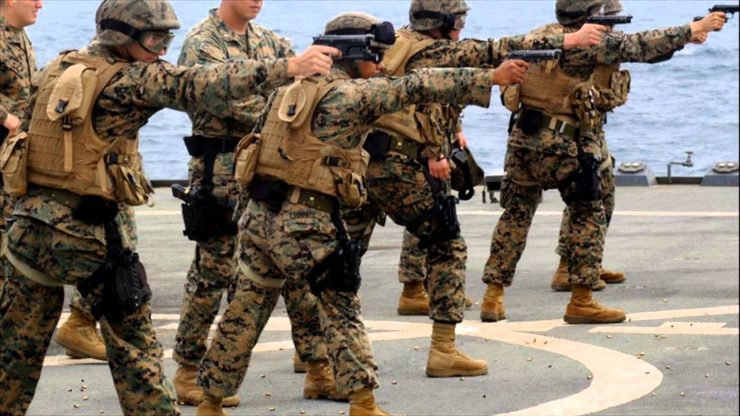 The US Army has it’s own version of this which they normally refer to as the Fundamentals of Marksmanship. While still having four points they have titles that are clearer and more concise but then expounds on them much more verbosely. They are as follows:

Steady Position
When the soldier approaches the firing line, he should assume a comfortable, steady firing position. The time and supervision each soldier has on the firing line are limited. He must learn how to establish a steady position during integrated act of dry-fire training. The firer is the best judge of the quality of his position. If he can hold the front sight post steady through the fall of the hammer, he has a good position.
Aiming
Having mastered the task of holding the rifle steady, the soldier must align the rifle with the target in exactly the same way for each firing. The firer is the final judge as to where his eye is focused. The instructor or trainer emphasizes this point by having the firer focus on the target and then focus back on the front sight post. He checks the position of the firing eye to ensure it is in line with the rear sight aperture.
Breath Control
As the firer’s skills improve and as timed or multiple targets are presented, he must learn to control his breath at any part of the breathing cycle. Two types of breath control techniques are practiced during dry fire. The coach/trainer ensures that the firer uses two breathing techniques and understands them by instructing him to exaggerate his breathing. The firer must be aware of the rifle’s movement (while sighted on a target) as a result of breathing.
Trigger Squeeze
A novice firer can learn to place the rifle in a steady position and to correctly aim at the target if he follows the basic principles. If the trigger is not properly squeezed, the rifle will be misaligned with the target at the moment of firing. 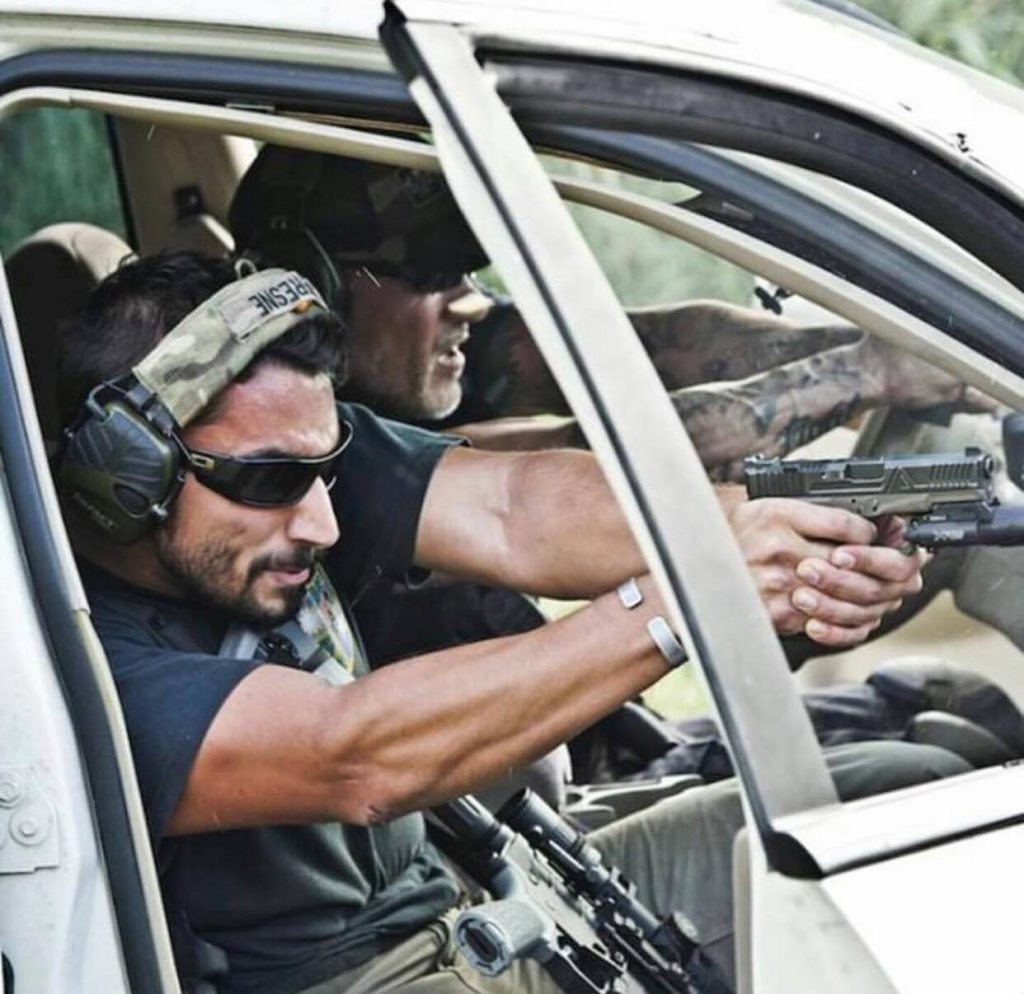 A much more comprehensive explaination of the US Army Fundamentals of Marksmanship can be found here.

The US Marine Corps has their Fundamentals of Marksmanship written out similary to the US Army and they are as follows:

Aiming
Sight alignment is the relationship between the front sight post and rearsight aperture and the aiming eye. This relationship is the most critical to aiming and must remain consistent from shot to shot. Sight picture is the placement of the tip of the front sight post in relation to the target while maintaining sight alignment. Correct sight alignment but improper sight placement on the target will cause the bullet to impact the target incorrectly.
Breath Control
Proper breath control is critical to the aiming process. Breathing causes the body to move. This movement transfers to the rifle making it impossible to maintain proper sight picture. Breath control allows the Marine to fire the rifle at the moment of least movement.
Trigger Control
Trigger control is the skillful manipulation of the trigger that causes the rifle to fire without disturbing sight alignment or sight picture. Controlling the trigger is a mental process, while pulling the trigger is a mechanical process.
Follow-Through/Recovery
Follow-through is the continued application of the fundamentals until the round has exited the barrel. In combat, follow-through is important to avoid altering the impact of the round by keeping the rifle as still as possible until the round exits the barrel. Recovery. It is important to get the rifle sights back on the target for another shot. This is known as recovery. Shot recovery starts immediately after the round leaves the barrel. To recover quickly, a Marine must physically bring the sights back on the target as quickly as possible. 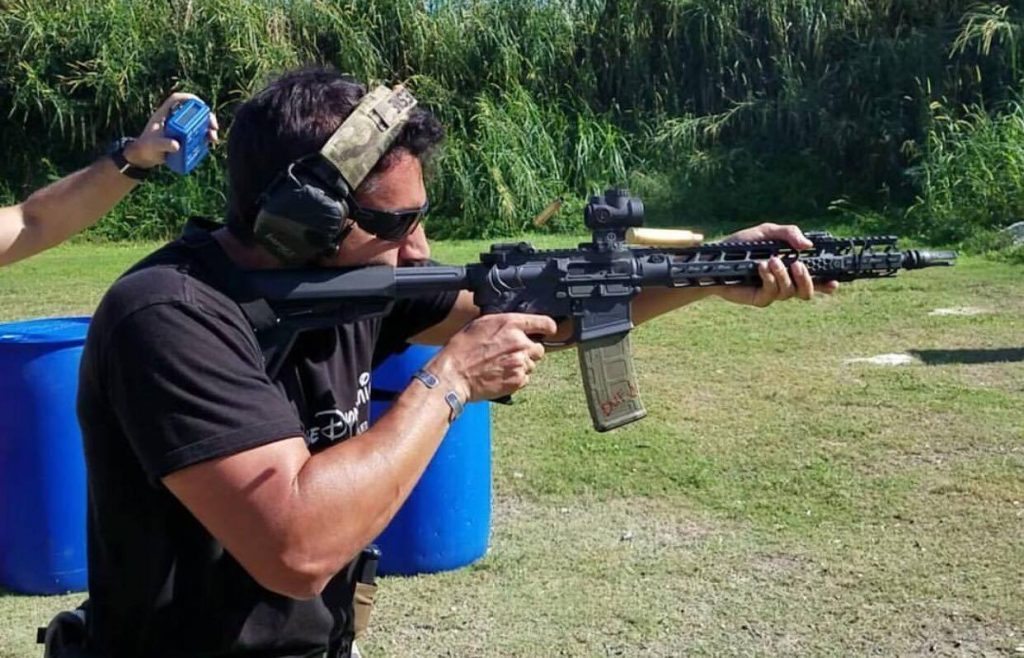 Rifle shooting has changed dramatically over the decades

A much more comprehensive explaination of the US Marine Corps Fundamentals of Marksmanship can be found here.

While on the surface the Commonwealth and US versions on the take on Marksmanship seem different a deeper look into it would indicate that they do infact say the same thing only in a different way. However while they can be a good starting point for teaching new shooters they all have traits that make them unsuitable for combat shooting in that they include fundamentals which would likely get them killed in combat if they were to be followed absolutely.

For example in the Commonwealth version the idea of natural point of aim in the second principle has very little bearing in combat applications. As written in this article, the definition of combat shooting in my definition is:

A discipline in dynamic shooting that involves aquiring multiple hits as quickly as possible on one or more human adversaries, most likely from behind cover or in an odd position or while on the move in order to avoid being hit by incoming rounds from said adversaries.

That fact that combat shooting is inherently dynamic and takes place within a compressed timeframe combined with the part in bold it becomes apparent that a natural point of aim is near impossible to achieve. That being said however practice in shooting from cover and odd positions can help the body get used to those situations and can help a shooter get somewhat close to the actual natural point of aim in combat.

In the US versions the idea of “breath control” in combat is also unfeasable as most combat will take place within distances less than 100 meters where it makes little difference and as with the above it has little use in the urgency of combat. Shooters should instead aim to maintain constant breathing while shooting and not worry about holding their breath before taking a shot. 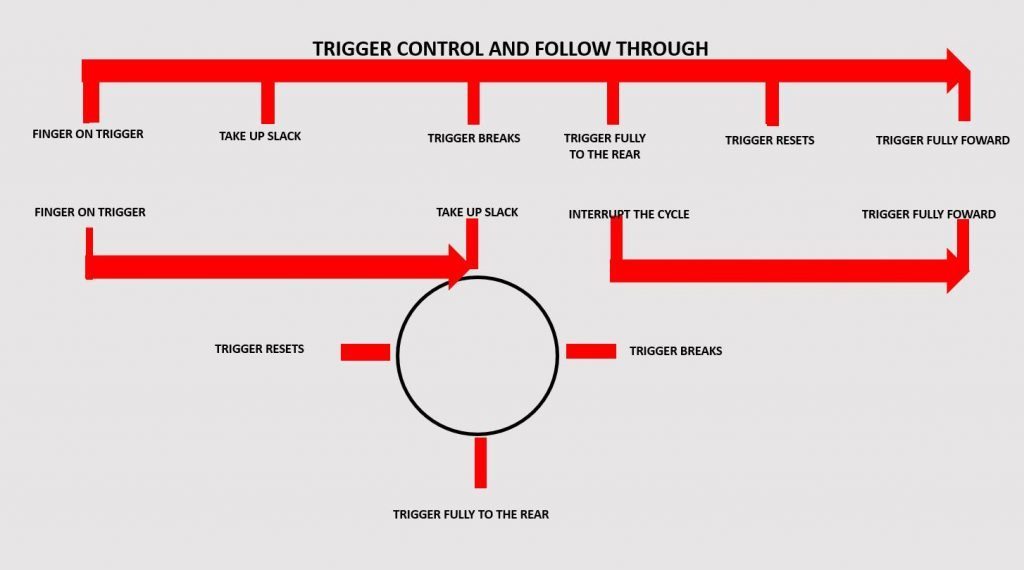 Various instructors have their own take on what the Combat Shooting Fundamentals are but in my view they are simply and adaptation of the US Marine Corps fundamentals and can be condensed into three fundamentals. They are as follows:

To make it easier to remember it can be remembered simply as “sights, trigger, followthrough”.

Below is the expounding of the above fundamentals which is similar to the US Marine Corps version but more relevant to combat applications. 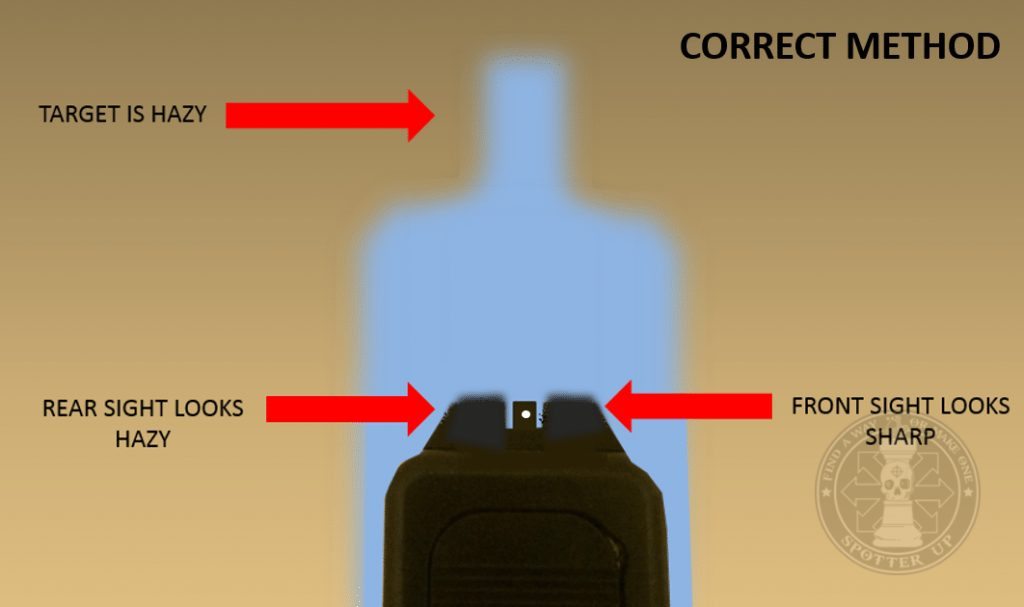 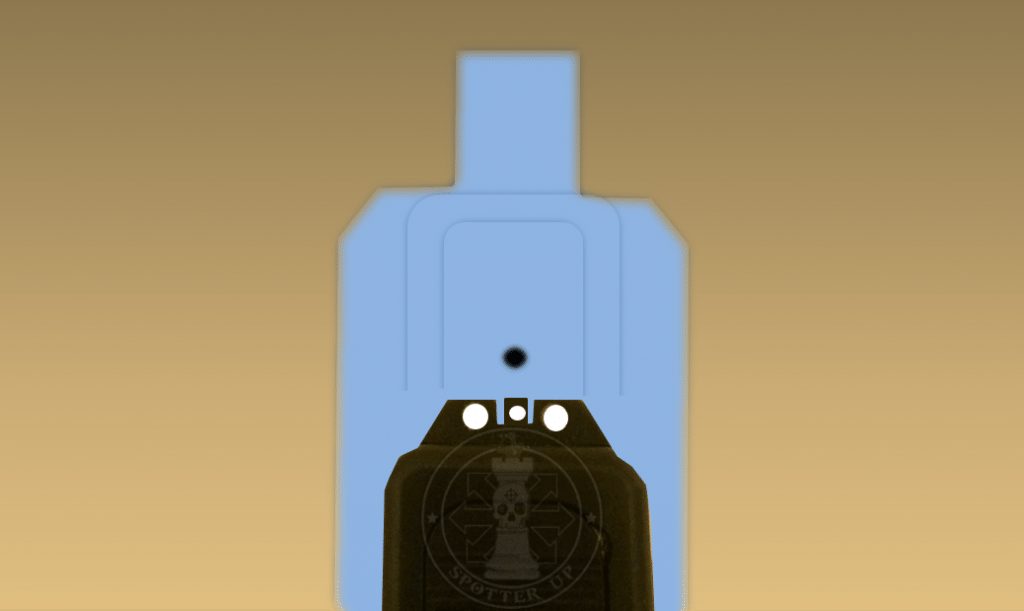 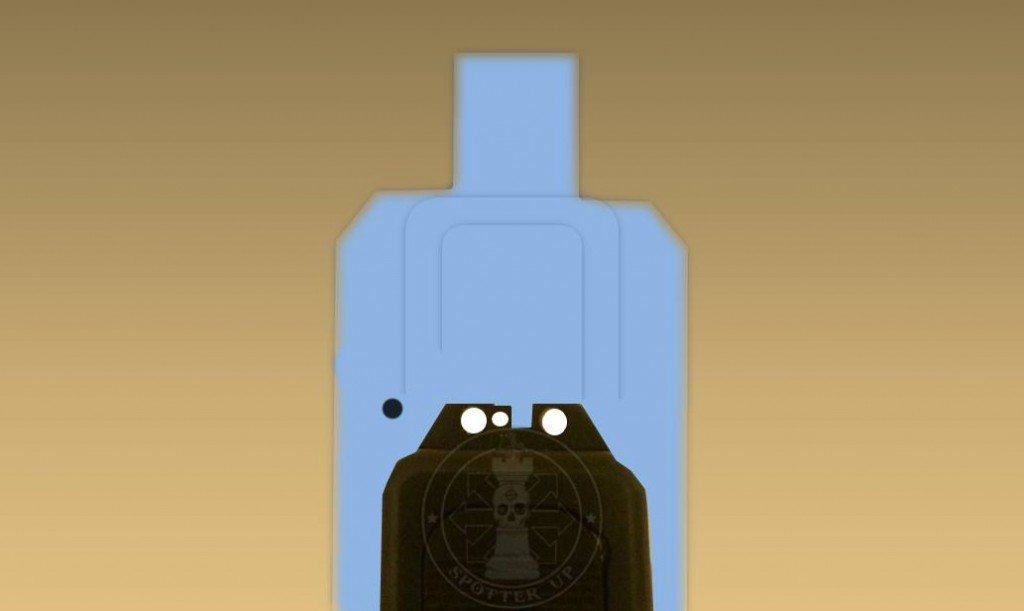 The above chart demonstrates a way to think about how to work the trigger and follow through in accordance with the combat shooting fundamentals. The flowchart below shows how firing multiple shots has the trigger working in a cycle that starts and ends with the trigger reset and taking up of the slack and only ends when the shooter decides to stop shooting.

Shooters must remember that the three fundamentals are listed in the order of importance with the last one being the most important of all. For example a shooter could have the sights perfectly aligned, placed right on the center of the target and focused on the front sight. Poor trigger control will undo all that work and cause the shot to go off target. Similarly a potentially good shot can be undone with good sight picture, good trigger control but bad followthrough at the break of the shot.

Instructors who are trying to diagnose a student’s problem with shooting should work backwards to find the problem. That means looking at their follow through first, then their trigger control and then how they view their sights.

In the next few parts we will go over each of the fundamentals in much more detail to help shooters better understand the aspects of each part. 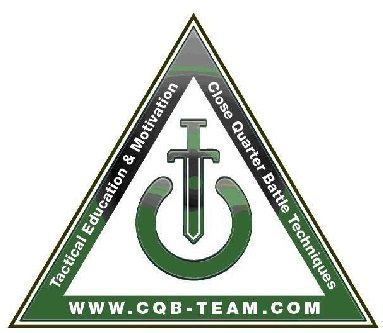 Images of Jon Dufresne of Littlegr33nman

Other images property off Spotterup.com

Images of soldiers from the web 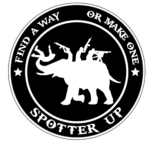