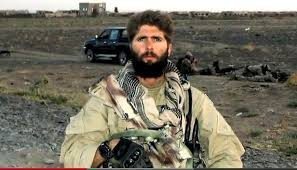 Before purchasing a book I usually flip through the pages to find if there’s anything that jumps out at me. You can never go wrong with a book on Navy Seals. But with Navy Seal Jason Redman’s book, Trident, I found myself looking at the subtitle and wondering what it meant; because it read The Forging and Reforging of a Navy Seal Leader.

There’s always something interesting to note about SEALs within the covers of books. These are some of the best trained fighters in our nation. Reading books about them allows us to understand them a bit better; what makes them tick, what are their motivations, who do they love, what is their guiding force?

Redman’s book plays out a bit differently than some other books on SEALs, because much of what Redman goes through in his journey takes place at home; he has to recover from his wounds. Not only do we get a recounting of his amazing stories of combat but Redman’s book is also about love, and beating the odds in an occupation that claims many lives yearly within its ranks.

Lieutenant Jason Redman’s book is not only about his journey to physically recover from the serious wounds he received from machine-gun fire at point blank range but how he must mentally and spiritually re-grow as a person. Redman accomplished much in his career: he conducted over forty capture/kill missions in Iraq, located more than 120 al-Qaida insurgents, became a book author and businessman of a wounded warrior non-profit called Wounded Wear. 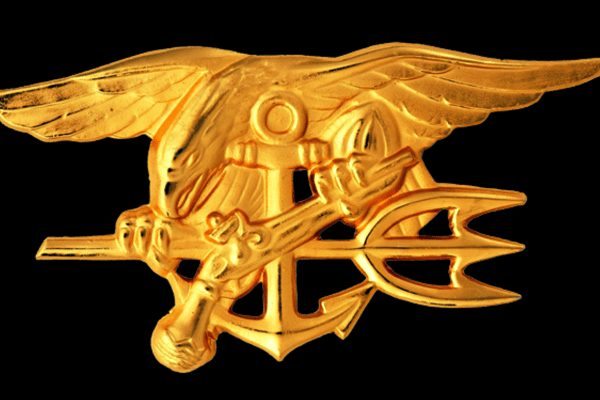 Despite all of Redman’s successes he must somehow find a way to balance on the fence between humility and arrogance. Redman’s book chapter titles are the Hardening, the Breaking, the Smelting, the Forging and the Reforging; we can tell from these titles this is going to be a very eye raising read.

Not only does Redman ask much of himself but he asks much of others. In his hospital bed, recovering from serious injury, he overhears some family members speaking about his injury. Redman decides to write a letter and post it on the door. Read his letter and you’ll know what he thinks about those who feel sorry from him. You’ll also know what kind of special man he is. 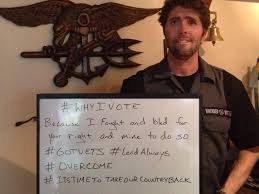 In Trident, Redman recounts his early years growing up as a young, skinny kid possessed to be a Navy SEAL. The minute he’s introduced to the idea he just can’t let that idea go. From the moment he discovers that a local Navy recruiter has a Navy SEAL recruitment video, Redman decides there’s nothing else in life that he wants to do.

Every moment he can, Redman watches the  recruitment video again and again. He’s enraptured by what he sees and wants to do all that he can to become one of our nation’s elite warriors.

Redman is a terribly skinny kid to start with and he never really put on the pounds to enlarge his small stature. What he lacks in the form of a brawny physique, he makes for by using his strong mind; Redman is mentally strong and this will serve him greatly years later when he begins the physical fight for his life after being point-blank shot in the face. His jaw and nose are destroyed. He has to deal with a lot of physical and emotional pain in order to heal. 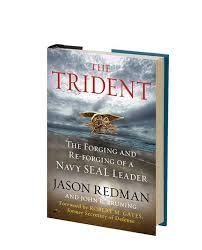 Redman must go through the process of dealing with the thought that his wife might not want him. He recalls the stories he’d heard of wives who come to the hospital with, “their lawyers, divorce papers already filled out, asking their husbands to sign as they lay in bed with broken, unhealed bodies.” or “kids who fled from the sight” of their father.

Redman not only chronicles his time in war on the battlefield, but his journey to handle his marriage and the stresses that come from multiple life changing surgeries. Redman is imbued with warrior-spirit, but it doesn’t come from big muscles; he achieves because he believes he will. Redman is a man who has lived his dream, fought for our nation, fought to help others and works to remain a good husband to his wife. He will attend many funerals and go on to create a non-profit that serves others. I haven’t told you all of the stories from this book. We just got started! A good read for any young man looking to be inspired, a great book for fathers to read to sons.