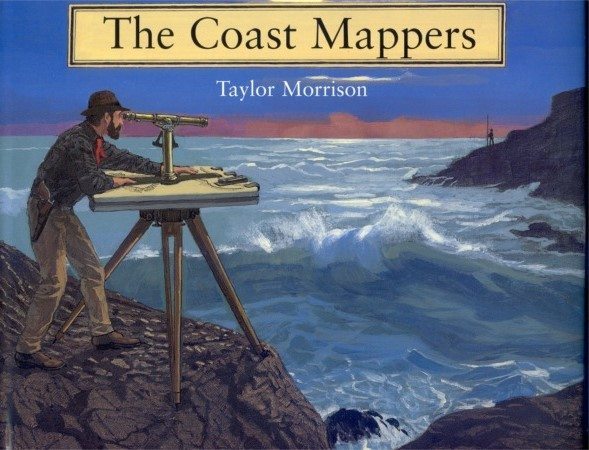 If you want your children interested in mapping, this is the book to get. Here’s a very good book to read with your child or something they can read entirely on their own. I’m recommending the book the Coast Mappers by Taylor Morrison for parents to get for their kids.

This book is for  grades 5-7 but younger readers might enjoy the drawings while their parents read it to them. The book is well-researched, drawn and will be interesting to young readers. If you’re a parent that wants your child to appreciate the outdoors and American history this might be the book to get. Morrison also wrote Buffalo Nickel (2002) and Civil War Artist (1999).

Not much was really known about the waterways of the west coast. Today so much is done by satellites and modern technology. Clearly this was before the era of aerial photography and GPS. The U.S. Coast Survey decided to map every mile of the America and George Davidson was commissioned to complete the job.

Many ships took on great risk to come close to shore. All they had were atlases to steer by. Many ships crashed upon the western shore’s rocks. Davidson and his surveying team set out to survey all of the waterways and major points along the coast in order to create something suitable for future generations to steer by.

The work they did took a lot of bravery and will power. There were times that Davidson worked without pay and had to put up his own money to get the job completed. Talk about determination. The book has 48 pages of beautiful illustrations and a great story in it. This story really is about a man who wanted to map the coast and he enjoyed what he did despite the dangers. 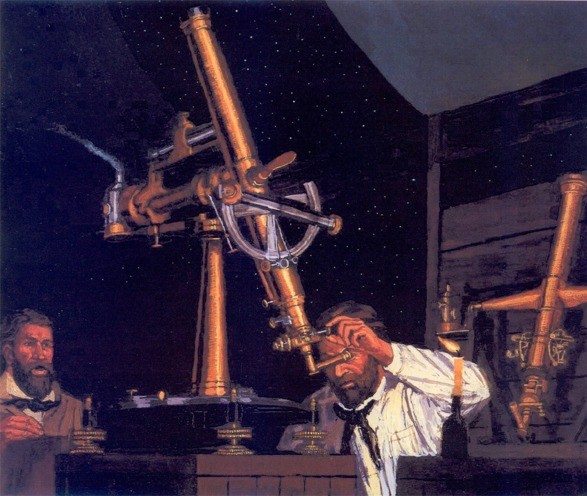 The mappers were courageous men. Many times they had to navigate around dangerous rocks and even natives who didn’t always understand what they were attempting to do. One time Davidson had to fight against a mutiny and he was thrown into the water.

There are many interesting events that take place in this book and children should find it fascinating.  I think this book is certainly enjoyable for all groups to read.

This story about Davidson should give children a good understanding of the men’s dedication to completing a job despite the difficult trials experienced by each member of the surveying team; some even lost their lives.

The artist does an excellent job of capturing the time; the clothing, the building and even the ships are authentic looking. The paintings of the equipment they used is very accurately depicted. In the mid 1850’s wild Gold Rush fever got a hold of nearly everybody.

Mad dashes to get gold saw towns being abandoned across California as settlers rushed to get into the mountains and streams to mine or pan for gold. Ships were crashing upon the rocks. Davidson and his team had near hostile encounters with the Makah and Nootka Indians in order to apply their cartographic skills. One of the examples of this was a visit by over 150 Indians by boat. Davidson and his group watched from their shore camp nervously as dozens of boats approached their settlement. Were these men friend or foe?

What is very good about the book is the careful research Morrison did to make sure the book was historically accurate. Morrison explains the cartographic methods used by the surveyors. Illustrations in the book depict the surveying team using plane tables and a stadia rod, telescopes, star maps, and even chronometers to determine the exact location of Point Conception and Cape Disappointment. I don’t normally recommend children’s books but I discovered this book while I was looking at more scientific literature on mapping and I instantly liked it. I think you will too.