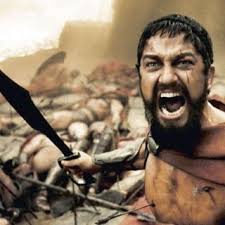 As part of several “man the f*ck up” articles, we would like to focus on one of three veteran-owned beard care companies.  After doing some research it became pretty apparent that there are a lot of misconceptions about what a beard is, and how to take care of it, if you have earned one.

Soon enough we’ll do a video interview with one of the owners of such companies, who will explain what ingredients make a difference, how is oil different from balm, or balm from salve.  No one really tells you what to do for your beard, other than maybe those men’s magazines that you never subscribed to, and I put very little stock in that.

All of the companies are veteran owned and operated, and offer a unique perspective on what they make, and their vision.

I ordered The Pirate series of beard care products as a sample from the Badass Beard Care company.  They offer several sample kits which you can customize, and can include any number of samples of beard oil, beard and hair wash, and salve.  At $2.50 to cover the shipping, it’s a no brainer.  With daily use, my sample lasted over 2 weeks.   A great value.  Badass truly offers a complete care system of beard, hair and even skin care.  Brushes, kits, multivitamins, combs and picks, all designed to give you a healthy, touchable, and clean beard.

The Pirate sample smelled awesome, and came in a little velvet sack, which also included a guitar pick.  Man, I hope the full set offers lessons comes with a regular order.  All of the sample products in the Pirate line had a very relaxing herby aroma, with a dominant clove scent.  The cool part is a lot of the products are interchangeable to skin and hair care.  If for some reasons your uniform of the day changes, you can still cling to the memory of your hard-earned face lawn while using Badass.

I instantly noticed that my hair was softer, more manageable and relaxed.  Fewer crazy hairs trying to rappel down off the side makes your beard more structured. I love using the Hog Wash just because, and not just on the beard.

The oil was very pleasant as well, and I found that it works nice for the stash, while I prefer the salve for the rest.  I still don’t know how to properly use oil so it doesn’t get you phone screen messy later, but Badass was definitely cleaner and absrobed faster than the oil I got from Amazon without having a real clue.

Lately beards have become kind of a status symbol, and we have been pretty expressive here at Spotter Up, that if you choose not to act like a man, don’t pretend to look like one.  For the working 1-3 percent of the population, and those we call “brother”, that status is earned though blood, sweat and scars.

We have gone from the rules and regulations of clean shaven, uniform appearance, to Freedom Beard.  Perhaps it’s the post-traumatic growth we promote, or  a buy into the “Find A Way Or Make One”approach.  The fact that you can not only integrate back into the traditional workforce and society, but also be completely yourself doing it.  Again – earned. 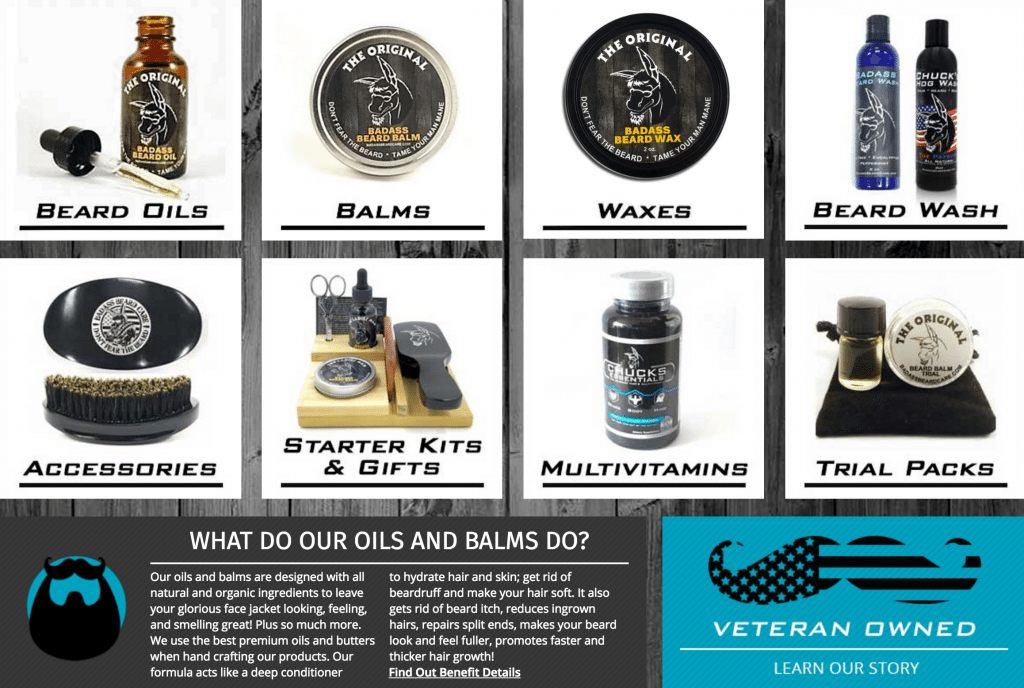 I would like to tell you the story of Badass Beard Care, but its much better if I simply cite the company’s  own story, as stated by the founder and Mr Badass himself, Charlie Moyer.

“I grew up around heavily bearded, manly men who rode Harleys and drank whiskey. The beards were a way of life. I had always known that when I became a man, I too would grow a Spartan of a beard! And maybe even airbrush some abs. But in the wake of 9/11, I enlisted and my dreams of god like facial hair were put on hold.

10 years later, I was medically discharged from injuries sustained while serving, and finally was able to start my glorious beard journey! A month into it and I wanted to scratch the skin off my face, and my wife was tired of the rough texture and lingering smell of whatever I had for lunch. I didn’t want to cut it off so I set out to find something that might help. There was literally nothing in local healthcare stores, so I found myself in a specialty beard and mustache store at the mall. 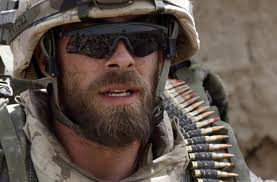 They sold me a small bottle (1/2 oz) of beard balm for $25 and told me it would help. I immediately didn’t like the strong smell of the “lightly scented” product, and I couldn’t justify that price. I still figured I would use the rest of it to see if it would help with the itch or coarseness of my beard. It actually made my skin burn. I read the ingredients and found that it had turpentine in it! That stuff should not be anywhere near your mouth or left on the skin.

Its the same stuff that is used in paint thinner. So, I threw that in the trash and set out on making my own oils and balms. After a lot of trial and error, I found a base formula using premium oils that did wonders for my beard, and both the wife and I started to love my new masculine work of art. I gave some to my bearded friends and to the vets at the veteran center at my college, and they all loved it so much they asked me to start selling it to them.

So the adventure began! To this day I still use the same premium oils that I used in the small batches for myself when I first started and I believe the quality will blow you away. I hope you enjoy my beard oils and beard balms as much as I do. Beard on my friends”  #badassbeardcare

For full story and to get your sample or full beard kit, visit www.badassbeardcare.com