After spending hundreds of dollars on holsters and going through various different designs I found that there were certain traits that were necessary for a good holster to be great, and unfortunately, none had them all. I covered these traits in my last article and at the same time was working with a local retired SF veteran on a design that was specifically designed for grappling and combatives. Mike, with ZULU_Ops Tactical Solutions was more than patient and we both put in time, money and energy as well as both our experiences in our respective fields to develop a solution. The answer came in a dual shell, adjustable retention Kydex holster at a reasonable price of $75 (with pad option, which I highly recommend). 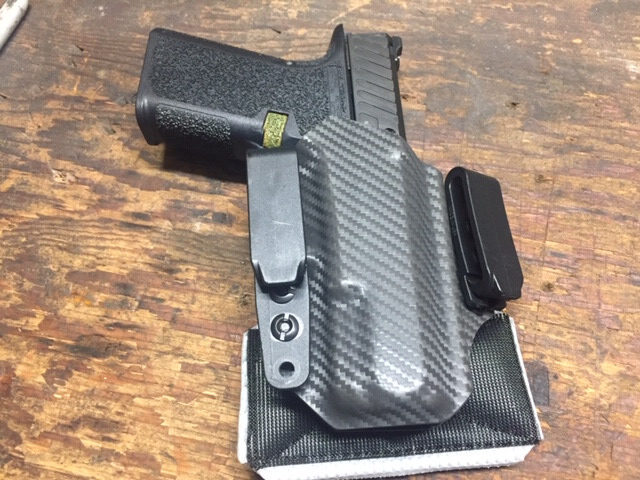 The first thing you are going to notice right off the bat in the quality of the holster. Mike has the capability to do custom printing, logos and designs on your holster as well as various different colors. The thickness of the Kydex is substantially thicker than the next best holster I reviewed. This was important to me because I have seen Kydex deformed as a result of hard grappling over a gun.

The belt hooks were suggested by Mike as a means to accomplish a higher level of retention on the belt. I mentioned in the previous article how many holsters I have seen ripped from the pants still attached to the gun under force on force conditions. The hooks had to feature what I referred to as a retention ramp design to redirect the forces on the belt back into the hook and transmit that force into the shell. Mike proposed a particular clip design that not only was thicker and more durable but also has a recess that would accomplish the same task. After utilizing them and seeing them in action I can tell you, he was right. 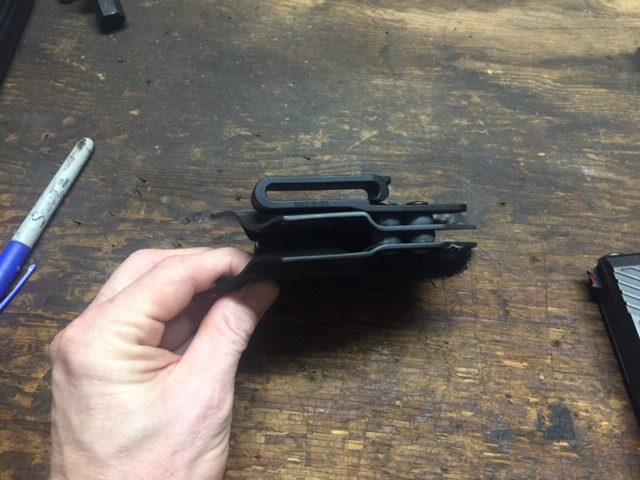 The next thing that was important to me was the mounting of the hooks. Each belt hook had to have two points of attachment to the holster to prevent rotating and twisting. I showed some pictures in the original article of these hooks getting twisted and causing issues with retention. Thus, we needed to make sure that not only were the hooks of sufficient durability, and the Kydex of sufficient thickness but the mounting points had to be capable of performing their tasks equally well. They feature a straight design, versus some of the competitors offset designs, which actually help reduce the overall profile of the holster quite a bit. Leading to the next topic, concealability.

The whole idea of “concealed carry” is that its concealed. A platform that has to be dressed around is sometimes a tell that an individual is carrying. So, one of the characteristics that I was looking for was a design that would press the handle of the firearm back into the user not just in the x-plane but the y-plane as well. This was accomplished through the overall design. 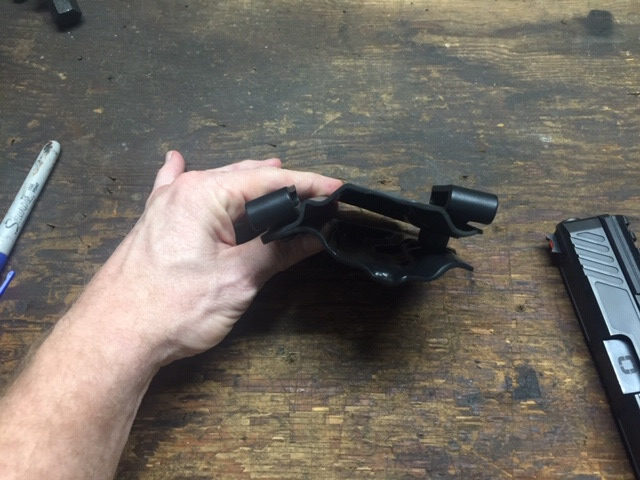 The hooks were placed sufficiently far enough apart to prevent “rocking” (a problem discussed in my original article), but not so far apart that the hooks themselves would impede carry positions or cause printing. The hooks were then concealed by utilizing a 90/10 press that allowed for the hooks themselves to recess back into the overall profile itself and thus keep the profile as minimal as possible.

Another feature that served a dual purpose with both comfort and concealability was the addition of a padded option. With the holster being designed to be worn in the appendix position (although certainly suitable to wear elsewhere), one problem I have had in the past is hard objects digging into soft objects on my body that were not designed for that type of abuse. When you add to that the stresses of grappling and further add to that the frequency of training in my holster multiple times a week, my bathing suit parts and groin area were taking a beating that my wife was not a fan of. The solution was the attachment of a removable Velcro pad. This served a dual purpose in that in tilted the muzzle of the weapon out from the body slightly helping to press the grip of the weapon back into the body. But it also was constructed in such a manner that it allowed for overlap on the sides that helped facilitate movement without increasing the profile of the holster. The result was a holster that was infinitely more comfortable to wear for long periods including the rigors of training but was also more concealable. 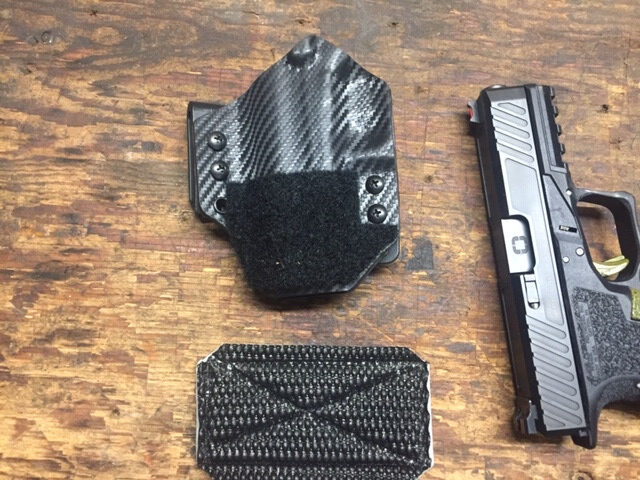 One feature that I was pretty adamant about in my article was a nice “snap” of the weapon into and out of place as it is being drawn. This was to accomplish two purposes. First, the intent was to allow the pull followed by a sudden release to be transmitted to the user’s body to indicate that the weapon was being accessed. I covered this in my original article but suffice it to say I have seen weapons taken from another individual who had no idea that the weapon had ever left their body. The second aspect was help retain the weapon in its place during the unconventional positions that grappling sometimes calls for. I am not talking about go-go-plata or reverse Dela Riva guard. I am talking about the basics of control such as side mount, sit out side mount, mount, escape, etc… The basic positions we put ourselves in are exacerbated by increased intensity in force on force training and it is far from uncommon for a weapon to get flung out of the holster and become part of the environment for anyone to utilize. That was a no-go.

The last area that needed to be tested was the overall usability of the holster itself. It had to meet or surpass all the other designs, including a leading competitors design, while including all the components mentioned in the original article but without sacrificing usability. Once again, I was pleasantly impressed. After multiple different design configurations Mike was able to nail it. I cannot say enough about the product. The holster was perfect in fit, finish and function and was tested by multiple students in our classes to give us a wider survey from individuals with varying levels of training and of various different body types. I am honored to have been able to play a role in the design of this and to have worked with ZULU_Ops Tactical Solutions on this product.