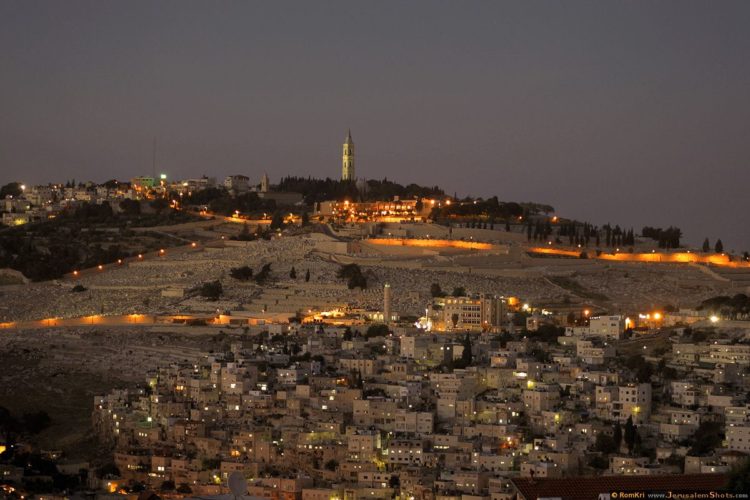 We got off the plane in Tel Aviv expecting hyper security everywhere we went. Our situational awareness was high for our first trip to Israel. We knew that in general Israel was safe, but, as publicly acknowledged former CIA officers, we also knew that we would be attractive targets if we weren’t careful. We would be visiting both the Golan Heights as well as the West Bank.

We were pleasantly surprised however. The visible security presence was in fact much lower than we expected throughout Israel.

And as a result, we began to relax our SA a little. After a week in Israel and few days in Jerusalem, we reached a bit of a dangerous place of complacency. As a result we didn’t think through a choice we were making and almost ended up in a very bad place. So, this is a something of an AAR on that experience.

Midday on a Friday afternoon and we knew that Shabbat would be starting in a few hours. We knew that it would obviously have a significant impact on the Jewish Quarter that night and the next day, but failed to think through what the end of the week would mean for the Muslim community.

For those not well versed in the patterns of the Middle East, on Fridays, the normal Zuhr prayer (one of the five daily prayers, or salat, that all obedient Muslims pray) is said just after noon wherever they might be. This prayer is often performed individually.

On Fridays, however, the Zuhr prayer is replaced with the Jumu’ah. Jumu’ah is a congregational prayer typically attended by the male Muslim population at the local mosque. It is led by a local imam and preceded by a sermon. Jumu’ah often has a very high attendance rate among the local populace. At Jerusalem’s Al-Aqsa mosque, upwards of 250,000 faithful attend Jumu’ah.

Why does all this matter? We were on our way across the city heading to The Mount of Olives. We had a couple of different route choices, but decided to head through the Muslim quarter to see the first part of the Via Dolorosa and exit via the Lion’s Gate, nearest Gethsemane. This was a part of the city we had yet to visit in any depth, outside of some of the souks.

Well, approximately 20 minutes prior to our entering Old Jerusalem by way of the Damascus Gate, Jumu’ah had ended (not that we were paying much attention to time, we were on vacation after all). The net result was upwards of 2/3 of those worshippers all leaving the Old City to return to their homes, most of whom were heading out the Damascus Gate to the bus station located there. A teeming throng of Muslim men, from 14 to 80, packed shoulder to shoulder made their way from Al Aqsa to the Damascus Gate. There were a few women as well, but very few.

We noticed a lot of folks leaving the gate as we entered, but didn’t think much about it. We also noticed a significantly higher security presence at the gate (larger numbers, better armed, more vigilant) as well. We even asked a soldier about if we COULD go that way, but perhaps we should have ask if we SHOULD go that way. He said yes, but his strange look at us should have provided an additional warning.

So we entered and my wife and I found ourselves in the midst of this tide, two lone fish wending their way upstream. Every hundred yards or so we came across a very tense group of young Israeli soldiers, carrying M4s and grenade launchers and wearing body armor, very intently watching the passing crowd. Eventually we asked one what was the crowd about and he explained it was the end of Friday prayer.

The throng was relentless in its push, and I was grateful we kept our feet, fearing that had we tripped and fallen, little would have prevented the tide from sweeping over us. I worried my wife was at risk of being grabbed or manhandled, possibly separated from me. The risk too was high that among this mob were radicals with strong anti-American sentiment. Could we be pick pocketed or mugged? And sometimes, it’s just that bad things can happen in large mobs.

In the long run, we were fortunate. Nothing bad happened to us, other than a few bumps and bruises, almost unavoidable in that crowd. We saw a few hostile glances, more surprised ones and we even caught a few wry smiles from some of the passersby as they acknowledged our predicament. After 20 minutes or so, we found a place of respite, just out of the crowd where we could wait while the procession tailed off. And we stared at each other, still shocked at how quickly the situation had developed and we found ourselves in the midst of it.

We began to ask ourselves a few questions – What mistakes did we make? Could we have predicted this? How could we have avoided this? What signals should we have picked up on? What were our escape routes? Did we violate our own Rule of the Stupids (Don’t do stupid stuff with stupid people at stupid times in stupid places)? Etc. We definitely knew that it was an SA fail and we worked through the answers to those questions.

Clearly we should have thought about Friday noon prayers been different (congregational rather than individual) and the impacts on the narrow streets of the Old City. We should have paid attention to the timing of our transit (30 minutes earlier or later would have made all the difference). We could have chosen one of the other routes to our destination (around the city instead of through it). We should have had my wife put on her shawl (with her dark hair and skin making her less noticeably western).

We should have asked ourselves about the heightened security – why was it necessary? Some basic research on that section of town would have revealed information about multiple incidents/attacks in the area of the Damascus and Lion Gates in the last 9 months, some politically motivated. At least one of those incidents resulted in cancelling the Jumu’ah at al Aqsa (for the first time in 17 years) and an Israeli ban on any Muslim males under the age of 50 attending the Jumu’ah when it was reopened. As a result, security tensions in that area have been heightened for quite some time.

As to the rule of the stupids – the incident serves as a great reminder that certain places and times can be harmless, while at other times can become very dangerous. Stupid times don’t just mean after midnight, and stupid places don’t just mean dark alleys or late night bars. Be aware to how your situation can change as the environment changes. What was once a safe place and time can change rapidly.

As noted, we had an SA fail, but fortunately, were none the worse for the wear. Failures however, often teach us far more than success, and so it is important to learn from this incident. We might not be so lucky in a future one. 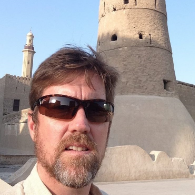 Doug Patteson is a former Case Officer within the National Clandestine Service. He served for a decade on multiple tours overseas against a wide range of targets. Since leaving, he has spent the last several years helping multinational business with finance and strategy.