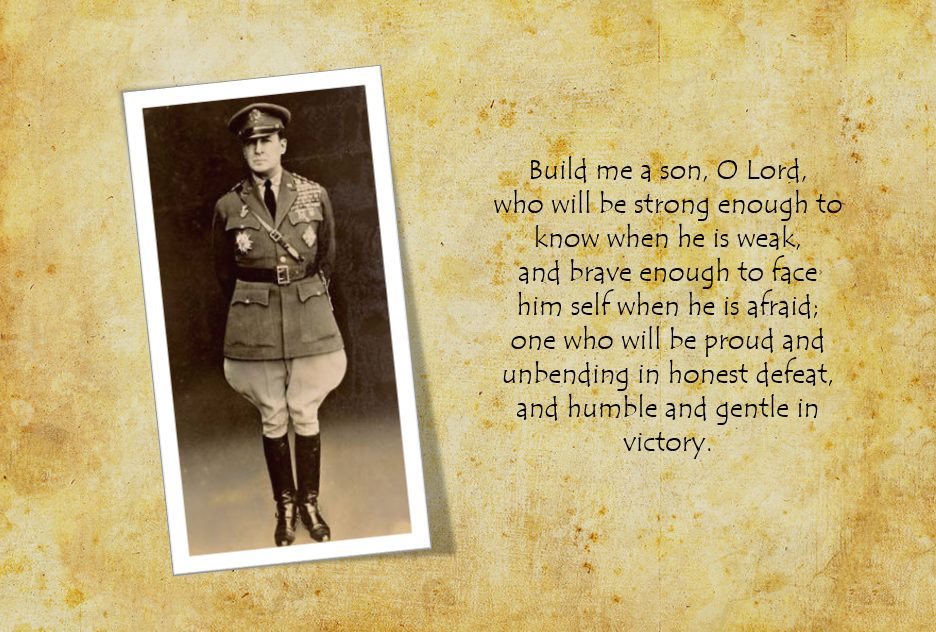 “A Father’s Prayer”   Written “during the early days of the desperate campaigns in the Far East in World War II.”


Build me a son, O Lord,
who will be strong enough to know when he is weak,
and brave enough to face him self when he is afraid;
one who will be proud and unbending in honest defeat,
and humble and gentle in victory.

Build me a son whose wishbone will not be
where his backbone should be;
a son who will know Thee- and that
to know himself is the foundation stone of knowledge.

Lead him, I pray, not in the path of ease and comfort,
but under the stress and spur of difficulties and challenge.
Here, let him learn to stand up in the storm;
here, let him team compassion for those who fall.

And after all these things are his,
add, I pray, enough of a sense of humor,
so that he may always be serious,
yet never take himself too seriously.

Give him humility, so that he may always remember
the simplicity of true greatness,
the open mind of true wisdom,
the meekness of true strength.

Then I, his father, will dare to whisper,
“I have not lived in vain.”