Sooner or later, you’re going to have to up your game at night. Depending on your budget that might be a bit difficult for those of you that are looking for an easier solution, and that’s where the Tactikka from Petzl steps in. The Tactikka is everything you need for most low light conditions while still maintaining a small footprint and some impressive options to sweeten the package. 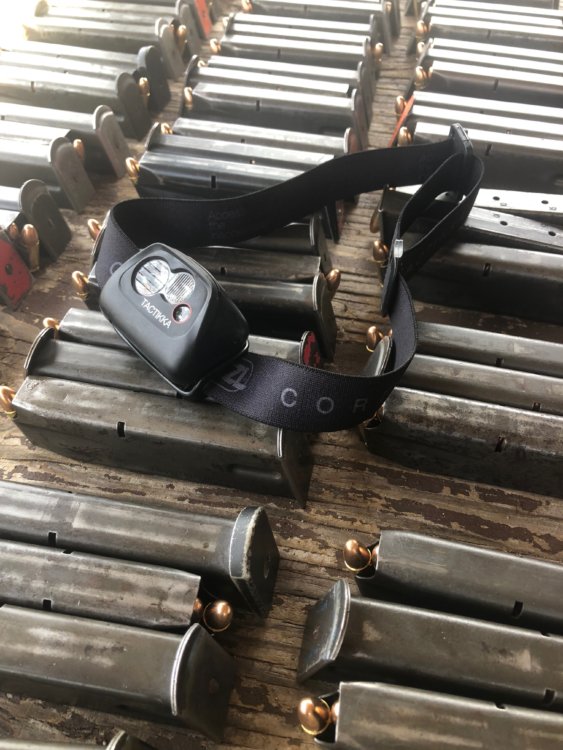 As someone who has a slight obsession with flash lights (a modest collection of about 30 or so at last count) I have only ever bought three headlamps. They never quite got the job done due to my need to for a small footprint, and as a result either weren’t bright enough or had such a large battery pack I might as well have been wearing a kevlar helmet at that point. Even then, most of the time they had very poor throw, leaving them useless when outdoors at night. When I heard I was getting a Petzl Tactikka Core, I was mildly skeptical. Mildly because Petzl always delivers a decent product, skeptical mainly due to how few headlamps seem to be worth the price tag these days. 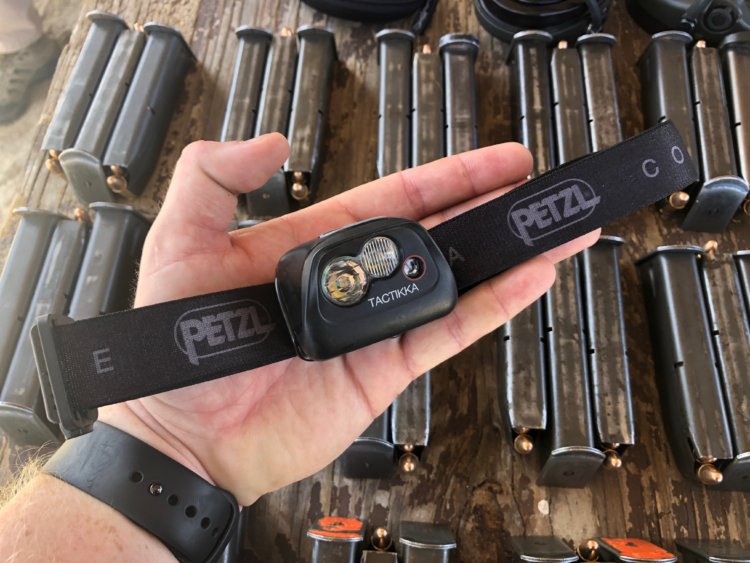 All of that said, let’s take a closer look at this gizmo. It easily fits into the palm of your hand, and weighs a mere 82g. It has your standard base swivel, allowing you to adjust the angle of the unit for straight ahead to almost at your feet. While running last night, it barely registered as being on my head. The advertised throw shows about 95 meters, but in my estimation it’s closer to about 50-55 meters, at least to see details instead of just outlines. Keep in mind that the reflector has an extremely small size, so the fact that it performs this well is impressive. 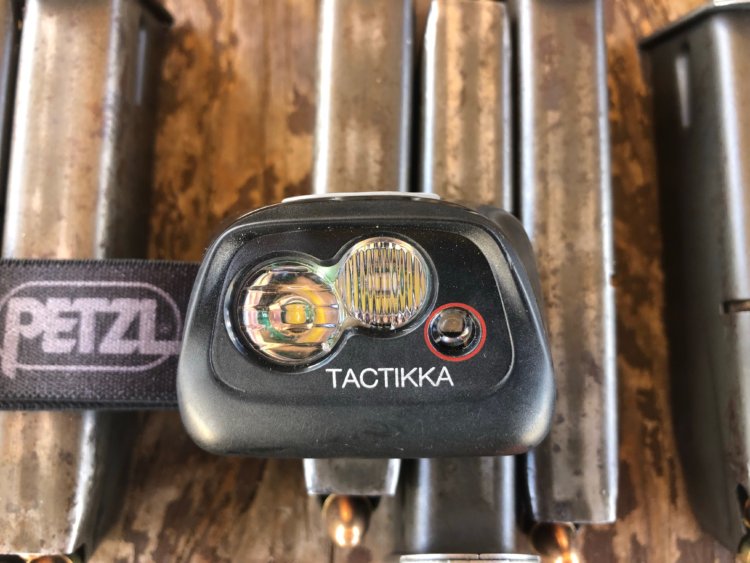 How does it do for brightness? At 350 lumens, this is their brightest ultra-compact head lamp. It has three other settings at 5lm, 100lm, and 2lm with a red light. Even at just 2lm however, I was able to see perfectly fine in the middle of the night with a new moon. The last feature is the strobe, which can be seen at 700m for up to 350 hours on a full charge. 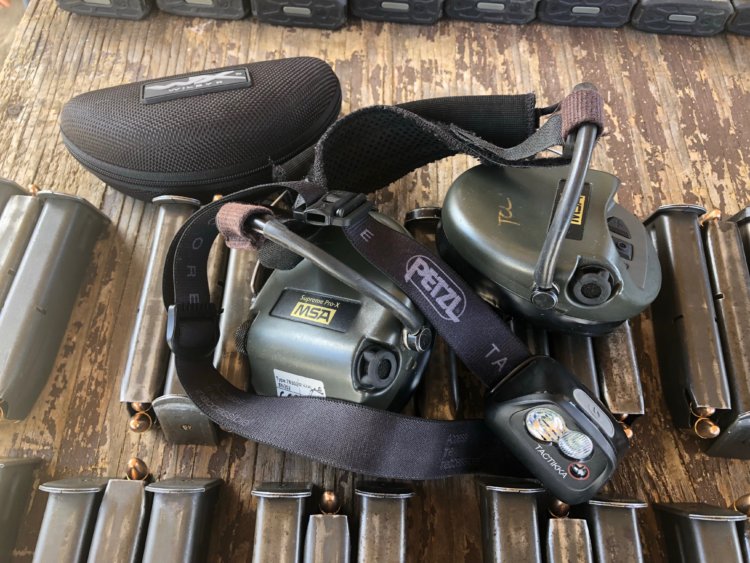 Of course the first thing that stood out to me was how bright this little guy was given the small package, but there was a surprise soon to reveal itself to me. The Tactikka Core is part of their hybrid line, which is starting to become standard through the industry, but Petzl took a different approach than other companies I’ve come across. Along with the ability to use AAA and LR03  batteries (nothing new there) the lithium battery it comes with not only lasts a long time at 1250mAh, but has the charging port built right into it. No longer do you need a separate charging station, just use your micro USB cable and plug it right into the battery. On the battery itself it has a red/green indicator light to tell when it’s done charging.

What about water resistance? Given that at some point you’re likely to be outside in the rain wearing this (happened to me on my second night in the Poconos), it’s slightly important to protect it from the elements. This light is rated to the IPX-4 standard, which allows for water spray and your standard weather, even working with water inside the lamp. That said, Petzl advises to let it dry out and to check all of the contacts. So while swimming with this lamp is out of the question, a quick accidental dip in the pond won’t kill it. 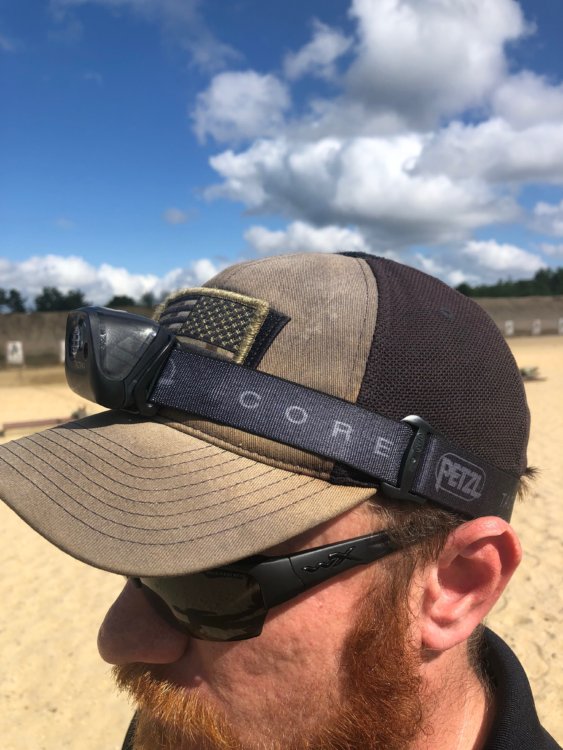 A few surprises were added for those with a keen eye (or whoever reads the manual), one being that unlike other packages of this size, it allows you to choose a focused narrow beam or a widely dispersed beam for a better field of view. This wasn’t immediately obvious when cycling through the light modes until I stopped and paid attention to what I was seeing. Another barely noticeable and potentially useful addition in emergency situations is a small whistle in the head band, which is about as loud as you’d expect.

If this ultra compact headlamp is a sign of things to come, I’m going to be getting more of them as they get brighter. As of the end of my testing it out, it’s now a permanent addition to my EDC Level 2 kit, sitting in a side pouch easy to access for those special nights out in the woods on when the power goes out. Lightweight, bright, and a strong battery is a combination that’s going to be hard to beat. 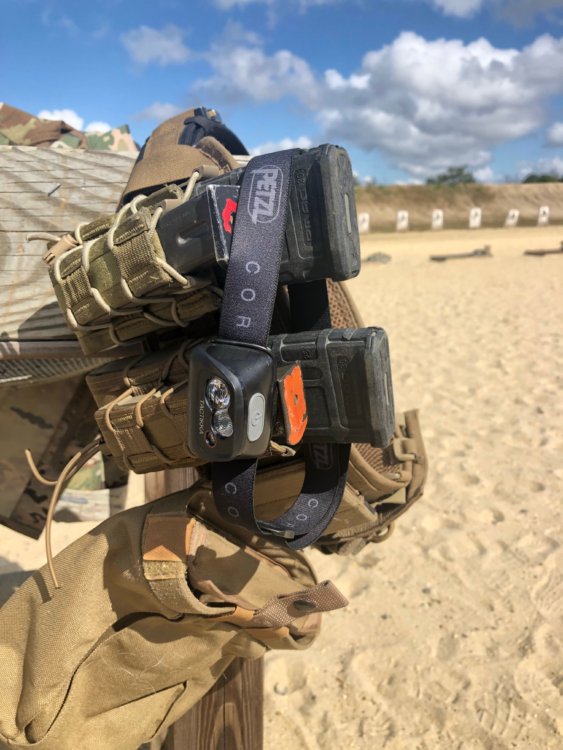