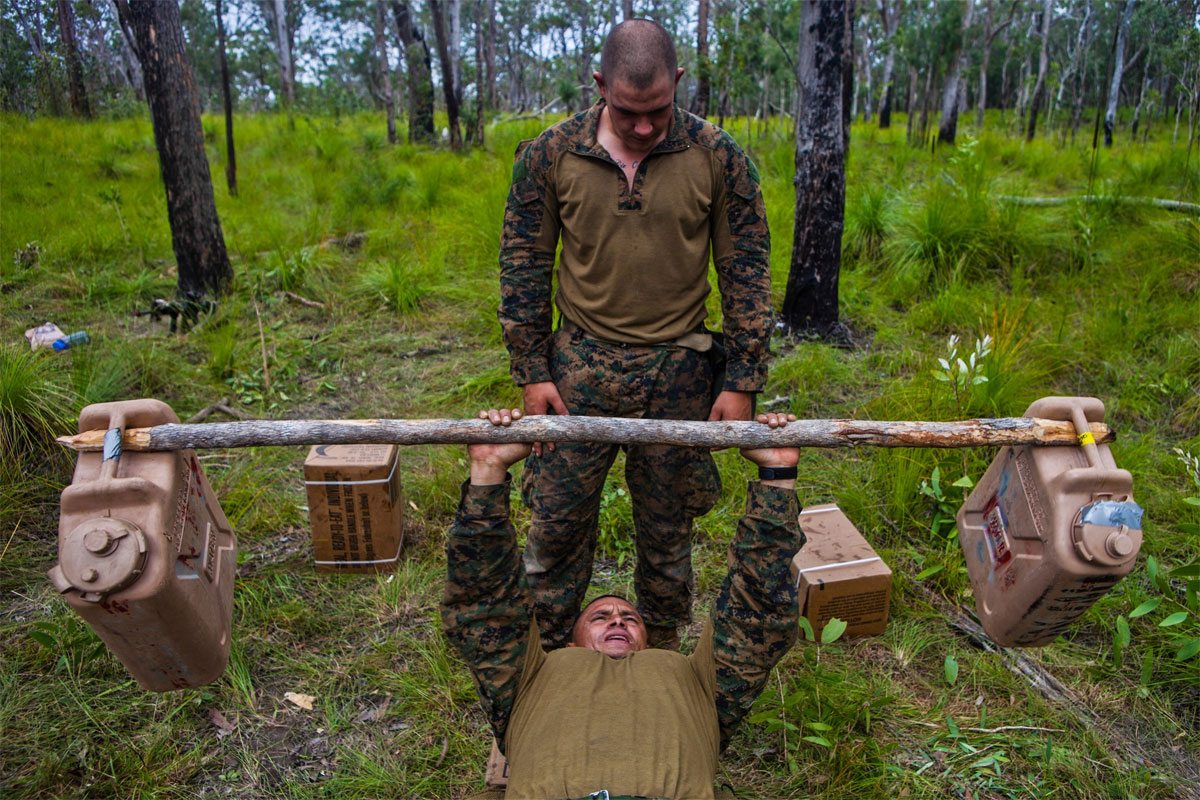 MacGyver was the super agent who could solve complex problems with the basic materials he had at hand. So, how would he get a good workout if he had little to NO equipment?

Olympic Coach Jim Schmidt used to show us some of the best videos ever. Stuff he’d taken himself or stuff he acquired from others on his trips through foreign countries during  his competitive days.  Old school videos, hard to find film really, of athletes doing old school workouts. The videos were shot in black and white, held by a shaky hand, and filmed either in 8 or 16 mm and then transferred to VHS tape.

I enjoyed looking at these things. He had a large pile of them in his gym. One of the more memorable videos showed bare-chested Lithuanian Olympic style lifters running through the snow. 10 or so, gathered in a ring by the side of a frozen river, and they began to toss tree logs around the ring. One by one, they formed a line, and leaped over a small boulder and tumbled into the snow. Then they rose and began to do upside-down, handstand pushup in the snow. They leaned their legs onto the length of a tree, while their partner waited his turn. 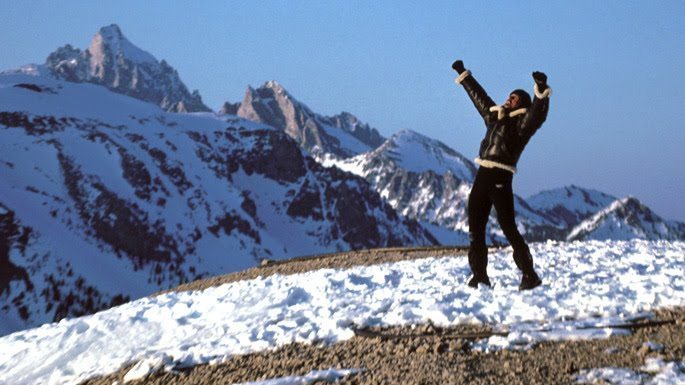 The picture in this article shows me dressed in filthy clothing at a dusty OP (Observation Post) about to lift some weights. At least we had weights. Some guys on deployment have nothing to work with at all. A big thanks to the bright soldier(s) (whoever you are) who had the sense to place weight plates in a ruck and bring them along to our location. Over time, the amount of equipment available to us increased. You got a great workout simply by doing a higher amount of reps.

In a lousy gym in Ireland I had to work with the lousy equipment the place had. By day it was a community center, and by night they moved the weights away and it became a disco/pub for the locals. Too funny to me. We had to make do with a mishmash of kilos and pounds, weight bars and a lack of weight collars. Everything had been donated to the center. Nothing ever balanced out right so your best workout came by supplementing your lifting with calisthenics.

They didn’t lift tree logs in Lithuania, Poland, Belarus and Kazakhstan because they were tougher than us. Pre-Soviet Union breakup, most of these places lacked hot water, or running water, and a good supply of nutritious food. They learned to make due with a lot less. Some of the best athletes in the world came from nothing. Sure, the cold weather can invigorate the senses, but that’s not always the first choice for an ideal condition to train in. But at least give it a try for once. I recommend training in it to toughen yourself up. Anyone who ever had a good workout in the snow or storm likely remembers that moment fondly.

I live next to a lot of woodland and heft a log or tree branch over my shoulders from time to time. The feeling isn’t pleasant. Yes, you can substitute the log for something more tolerable but the whole purpose isn’t just to endure the weight; part of it is to learn how to endure the pain.

Who doesn’t remember Rocky IV with Stallone running up the side of a mountain? Inspiring huh? Sometimes we get in a pattern of behavior that is dull and unproductive when it comes to our workouts. That’s called a rut fellas. We might think we need the ‘right’ equipment, the right music, the right location, the right work-out partners and the right weather. Sometimes the ‘right’ conditions aren’t going to be there. You really can’t wait for things to be right, because all it says is your thinking is wrong. So turn a frown upside down and find a way to workout with minimal to NO equipment.

What exactly did Rocky do? Did he sit around his Russian farmhouse and sulk at the lack of equipment at the barn? Nah, because he realized in order to punch Ivan Drago’s lights out he needed to crank up his workouts. So what did good ol’ Stallone do? He did workouts that still get viewers fired up every time they watch Rocky IV.

Take a look-see through the montage and you’ll see Rocky do a lot of things that absolutely work the mind, body, and spirit. Invigorating!

Uppercuts done beneath a rope

Make do with what you have. A set of playing cards work great. Ultra Trail Runner Jordan McDougal supplements his running with a heavy bag. He leaves it at the bottom of a a hill, and every-time he circles around he carries the thing. He also adds 30 burpees and 20 pullups from a tree branch to his running baseline.

I enclosed some great workouts from Mark Divine’s awesome website, Sealfit: Comprehensive Bodyweight Workout List, v1_0-1 . All you need is a pullup bar, rings and a jump-rope. I’m sure you can make substitutions.

Military personnel the world over know a good bag of rice, a sand bag, ammo-cans and a heavy tree branch are things that can be used. It’s up to you to make a way or find a way and get that good workout!

(Image of Marines from Military.com)