The Global War on Terror is “officially” over. Sure, there are still ongoing operations all over the world. But, for the most part, the full commitment of the U.S. military in Iraq and Afghanistan has ceased. The slow death of this conflict has left a generation of veterans asking themselves “what now?” It was 15 years, thousands of lives, and billions of dollars invested in a war that just…stopped.

I echoed this sentiment, albeit through angrier eyes, 4 years ago in my initial blog post for oafnation.com. I pontificated about a generation suddenly finding itself without purpose. I was legitimately frightened for myself as I’d been involved in the GWOT since I was 18 and at that time had just turned 30.  I found myself without a reason to get out of bed. I spent 12 years on deployment or getting ready for a deployment. But, those days were over, and it was time to move on.

I had initially contended that the origin of turmoil in the lives for most GWOT vets wasn’t PTSD or TBI but was instead the jarring thrust into a world where they no longer knew the ropes and didn’t feel they had stake in the matter. They lost a sense of identity and meaning in their lives, no matter how amicable or enthusiastic their transition out of service.

We are starting to see this phenomenon mete out predictably poor results. Despite access to an ever-increasing GI Bill, veteran graduation rates in higher education hover between 51-53%. This is significantly lower than the Korean War-Gulf War grouping which had a graduation rate of between 66-68%. This study highlights that the relatively low rate of graduation among the veteran population is attributable to lack of interest, lack of inclusion in a school’s population, and the lack of willingness to seek support resources.

It should come as no surprise the Millennial Generation is touted by critics as the least-motivated age cohort in the workforce. Low workplace retention suggests that millennials aren’t sticking around in careers but are floating from job to job, always looking for something different but not necessarily better. Millennials are averse to seeking and holding management, leadership, and supervisory positions because they either don’t want to be tethered to a specific job or they fear responsibility.

I see this view of Millennials as disconcerting, particularly because a whole lot of GWOT veterans are technically “members” of this generation. However, I also see it as an opportunity for the veteran community as a whole. For years, I’ve had the privilege of interacting with hundreds of veterans via my former publication. I was blessed to share insights, anecdotes, praise, vitriol, suggestions, and condemnations from my fellow GWOT veterans. I learned a lot and grew as a person. However, it also afforded me a bird’s eye view of veteran attitudes. Now, this may be the vocal minority but I saw an unhealthy number of veterans with the “fuck that, I did MY time” mentality in regard to working as an underling or adapting to life as a student.

It’s no surprise that a lot of GWOT veterans are resting on their laurels. It was the longest conflict in U.S. history and it taxed the collective psyche of a nation who grew tired of war. To say the war ended with little fanfare is an understatement. There were no ticker tape parades nor declarations of victory and it’s become apparent that even if there was, turnout among vets would have been low. But, the perception by veterans of an apathetic society has also taxed the psyche of the veteran community as well, resulting in the “they don’t care about me, so why should I care about them?” dichotomy with the civilian population.

I once advocated for veterans to take a leadership role within civilian society. One veteran comment stuck with me and made me think. It was something to the effect of “who says we should lead/be leaders in the civilian community? What’s wrong with just doing what we want? Why should we be a part of civilian society?” I nodded my head in reluctant agreement and took a long, hard look at my normative ascription of a new purpose for the veteran population. After all, that was my opinion and who the hell was I to suggest what the veteran community should do?

Why should we, as the veterans, step up and take the reins of society? I contend because we are equipped to do exactly that, and do it well. The thing a lot of veterans like to proclaim on CV’s and job applications are leadership and team-building skills. So, why not put our money where our mouth is and start stepping up? Why not break out of the quick path to money following an honorable discharge and further your skill set, marketability, and education? Your education being one of the few things no one can take away from you. Why such an aversion to finishing a degree or going on to graduate school or professional school?

The question of the primary difference between veterans and civilians is epitomized in Robert Heinlein’s Starship Troopers referencing the virtues of citizens versus civilians. Summarily, a “citizen” knows how to put the objective and the needs of the collective before those of the self. I maintain that this holds true regarding our citizens (read: GWOT veterans). That factor alone makes us an asset to society. This, coupled with a unique perspective garnered through unique experiences, is what makes most veterans efficient and capable leaders in the civilian sector.

Moving forward, the pity-parties and the victim narrative need to be abandoned entirely. To those within the veteran community who feel the sting of a loss of identity, the perceived lack of a structured purpose and relevance in the world, I implore you to take on the role of leaders in the civilian world. I know it’ll pay dividends.

This article originally published on the Recon Sniper Foundation website and reposted on Spotterup with their permission. 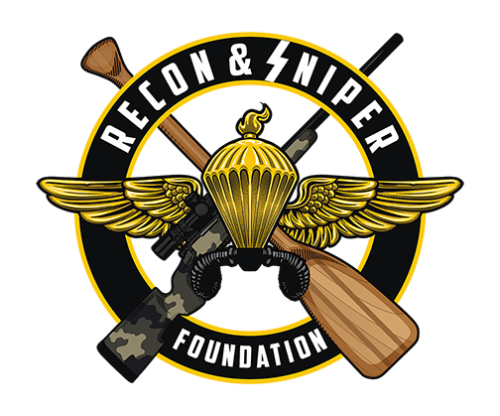 Team Spotter Up at Guardian Long Range at GTI Training 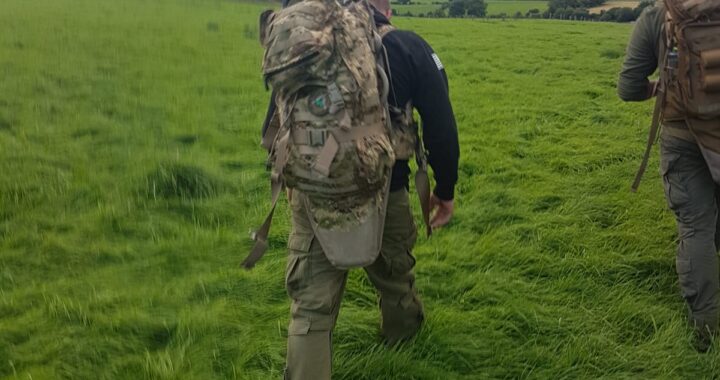 The Dark Night of the Soul: Part 2. Dark, too dark to see.

Team Spotter Up at Guardian Long Range at GTI Training

The Dark Night of the Soul: Part 2. Dark, too dark to see.

4 days ago Graham Murray
We use cookies to ensure that we give you the best experience on our website. If you continue to use this site we will assume that you are happy with it.Ok