The most accurate precision rifle is only as accurate as the shooter. As every experienced shooter knows, accurate rifle shooting requires the application of the four key fundamentals of marksmanship — steady position, sight alignment, breath control, and trigger squeeze. When artificial support is available it should be used to steady the position and support the rifle whenever practical. When artificial support isn’t available or practical the bones in the shooter’s upper body must be used to provide support along with proper use of the sling.

Benchrest shooters are capable of phenomenal accuracy. There are three basic benchrest shooting techniques that will provide tactical shooters and hunters with the foundation for more accurate field shooting. These techniques are the employment of a stable platform, the employment of a stable two-point shooting rest and the necessity of consistent recoil.

The ground is a stable platform comparable to a benchrest shooter’s bench. Prone shooting positions are the position of choice for long range precision shooting. A bipod is generally the front rest of choice. It provides a stable front rest and enables the firing position to be sustained for extended periods of time. Of course, many situations don’t allow us to get that close to the ground. In these situations we need to adopt a position that gives us the same two-point support.

Free recoil in long range precision shooting is often ignored or misunderstood. In scientific terms, free recoil is the measurement of recoil energy, i.e., translational kinetic energy. A rifle will have significant recoil before the bullet actually leaves the bore. This can effect bullet impact, which is referred to as recoil divergence. The rifle must recoil the same each time to keep bullet placement consistent.

Using a bipod on hard smooth surface can result the legs shifting under recoil changing point of impact and position of rifle. By “preloading” the bipod legs with shoulder pressure prior to the shot you can eliminate some of these issues with the smaller calibers. Studies conducted at NSWC Crane show that while preloading works with smaller calibers, you can’t stop the movement of larger calibers, i.e., heavier recoiling calibers (.338 Lapua Magnum and above). A technique known as “unloading” is recommended when firing the heavier recoiling calibers. Unloading removes the “extra space” created by preloading and forces more of the recoil to the bipod legs, slowing movement down.

The need for two-point support is also often overlooked. Both the front and rear of the rife needs to be supported. The rule is that the further the two points of support are apart the more stable the platform. A bipod or any other front rest should be employed in conjunction with a rear rest. The rear rest can be a “pinch bag,” a rolled-up poncho, a rock rest with your hand sandwiched between the rocks and the butt of the rifle, or using your offhand alone to support the butt of the rifle.

In the latter technique, your wrist bone offers support. A “V” formed by your thumb and index finger supports the butt of the rifle. The advantages to this technique are that it doesn’t require any additional equipment and will decrease the time required to take the shot.

It wasn’t until after the Vietnam War the bipods were widely used on military sniper rifles. Shooting off a rucksack (“ruck”) or backpack (the terms are interchangeable in common usage) was once taught as a primary means of front support when firing from the prone. It’s still taught in most sniper schools.

Pluses to a bipod are that it’s always available, fairly quick to deploy and generally provides a more stable, repeatable platform than a ruck. Any advantages in stability and consistency are surface dependent.

Pluses to a ruck are that it may be employed in many firing positions that are not amenable to the use of a bipod. Many shooters actually prefer to use a ruck as a rest and see little advantage to the bipod in stability and consistency.

You can get height with a ruck beyond the capabilities of a bipod. You can stand a ruck up vertically if need be. Although the use of a tripod or shooting sticks may be employed and in many cases is preferable, in many situations they’re not an available option.

The use of a ruck also allows a fluidity of motion that’s not possible with many bipods, although the use of a rotating / swivel mount bipod negates this advantage to varying degrees. For example, Harris Bipods offers its detachable RBA Rotating Bipod Adapters for Picatinny rails and sling swivel studs for its Harris bipods that allows the bipod to pan right and left. Fluidity of motion is obviously important when tracking targets or switching targets.

And, of course, your rifle may simply not be equipped with a bipod. Nor may equipping your rifle with a bipod be desirable given the primary application(s) for which you will be employing the weapon. If you’re out in the field, you’re likely to have ruck with you that can be employed for zeroing or precision work.

Shooting off a ruck isn’t simply the matter of plopping your rifle on it and shooting. It’s a skill and must be practiced. The ruck itself must be high enough for you to a get into a comfortable shooting position behind the rifle. And, most importantly, it must be stable.

The ruck must be packed so as to present a firm, stable shooting platform. It must also allow fine tuning of your aim. You don’t want the ruck too soft. You also don’t want it too hard. There’s a sweet spot. Properly packing any pack itself a skill, as any backpacker will attest.

You don’t want the contents of the ruck to shift and end up with the rifle on hard surface. There is a tendency for rifle shift from recoil when firing, forcing you to reposition when firing strings.

An expedient shooting rest can be made by filling the outer pockets or pouches with bags of dried rice or beans, or bags of poly plastic pellets. Ziploc® bags work great for this. Some shooters make a saddle mount out of two pieces of PVC pipe padded with a piece of closed-cell foam or carpet.

Of course, the best option is to simply use one of the commercial MOLLE rifle rests that are available. The Eberlestock Pack-Mountable Shooting Rest is an excellent example.

MOLLE rifle rests allow you to turn most any MOLLE-compatible ruck into a much more effective rifle rest. Not only are they purpose designed as a rifle rest, the use of the MOLLE system allows you to detached and remount the rest to various locations on your pack. This capability allows you to set up a field rest with the optimal elevation for your position/location and target. It also allows you to transfer the rest between different packs.

If you have a ruck with an external frame, the base of the frame can also be employed as a rest. The frame should be padded to avoid any point of impact issues that would result from firing off of a hard surface. Closed-cell poly foam is excellent padding material for this purpose. A strip of carpet also works.

Assuming that you are wearing the ruck, when going prone you must first take it off before you can use it as a rest. This adds a little time to taking the shot. In most scenarios in which a ruck will be employed as a rest, it’s a negligible issue at most.

There are a lot of great rucks on the market. The selection of the appropriate ruck will be dependent on mission-essential needs, including the nature and duration of operations. In civilian terms, it will depend how long you will be gone and what you need to carry. Other factors need to be taken into consideration, as well. A correct, comfortable fit is very important. Of course, personal preferences will also be a factor.

Rucks based on the classic military A-III style 3-Day Assault Pack are very popular. According to military lore, the A-III was originally developed for use by Naval welders to carry their tools. Naval Special Warfare operators reportedly saw its utility adopted it. The rest is history. Most pack manufacturers offer versions of the A-III pack. Features, quality and prices vary greatly.

There are packs that are designed specifically for sniper operations. Eberlestock’s X31 LoDrag II, G2 Gunslinger II, G3 Phantom and G4 Operator Sniper Packs are prime examples. All are excellent MOLLE-compatible packs. The Eberlestock G3 Phantom Sniper Pack is in use with the US military. The NYPD ESU also chose the G3 Phantom for its sniper teams.

To sum it all up, shooting off a ruck is a viable option for precision rifle shooting. It has both advantages and disadvantages that need to be considered. It’s a skill that needs to be practiced. It should not be ignored by today’s shooter.. 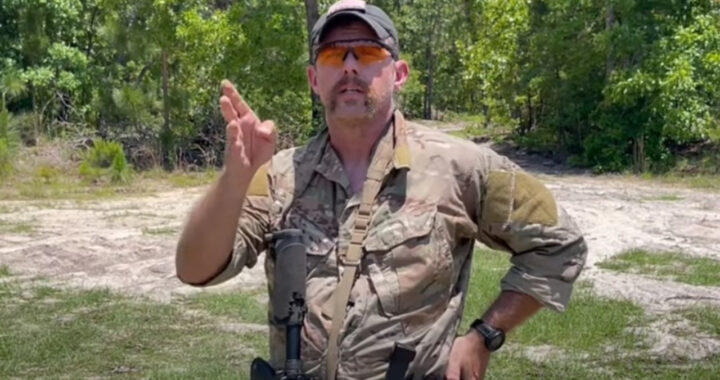 1 thought on “Shooting Off the Ruck”