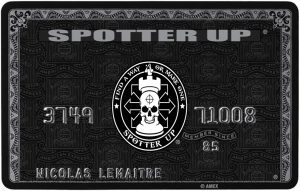 Revolving credit is the most used and least understood lines of credit out there. Easy to get, easy to use, easy to abuse. Paying off your food stash and bunker is one thing, but while the world still operates, buying those things takes some amount of cash or credit. Lets talk about credit and why you want to keep some around, and if you have debt in revolving credit, in what order to pay them off. Keep in mind, revolving credit is usually considered expensive credit or high interest credit.

Before we talk about credit cards, lets talk about credit. Credit reporting agencies, (a scourge upon everyone), give you a ranked score based on credit, history and debt to income ratios. Each thing is awarded a mysterious point value and added up. In the end you want your 3 Bureau score to be above 700 so you can get those nice 3.2% home loans and 7-9% interest rate credit cards/auto loans. How do you do that? It’s hard.

So with that in mind, unlike a home or auto loan, there is no security for the line of credit, except that credit score (reputation). This unsecured line of credit is deemed risky by banks and thus have a higher purchase rate. That’s right – purchase rate. A 10% interest rate is this: charge $100 to a credit card, take 60 days to repay the credit card issuer that 100, and the 90th day your bill will be 10. Granted this is overly simplified and does not take into account minimum payments or any payments the first 30 days, but it gets the point across.

Zero/Service/Utility – These are things like Natural Gas, Electricity, Sewage etc. However, medical and other service bills are in this group also. To reduce these, please see the other articles in the Day to Day Living category. These bills are considered “mandatory pay” and should be trimmed if extra funds are needed to divert to paying the rest of the tiers off. Trim these by cancelling or reducing to contractually allowed minimums services like Mobile Phones, Satellite Radio, HBO etc. 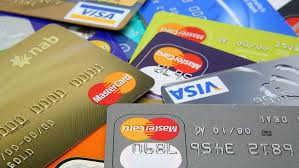 First Tier Credit – Pay off first and aggressively. These have the HIGHEST interest rate and the most restrictive rules. Usually they are also the first to report to credit bureaus. Think Dillards, Sears, Macy’s and Home Depot/Lowes. Each of these mentioned cards hold an interest rate over 21%. If your credit is under 700 it could, and very well may be, higher.

Second Tier Credit – Pay off second and aggressively. Visa, Mastercard, American Express. Usually operated by Banks like Bank of America. The rules are still pretty restrictive but they should give a first forgiveness in case of any mistakes. Do NOT break two rules in one go, there is no forgiveness for that.

Third Tier Credit – Pay off third. Being aggressive is optional. These are expensive but secured debt. 2nd mortgages, (aka home equity), and Auto Loans. These have structured contracted fixed borrow and payback conditions built into the contract. Once the unsecured debt is payed off, attack these aggressively  By the time First and Second Tiers are paid off, this will be easier to do.