I believe I’m pretty open-minded and outside-the-box when it comes to training, but when Shannon at Sig Sauer asked me if I ever considered training with an airgun, or have given their new ASP system a try, my answer was “no”.   I mean, what can you do with an airgun, right?  I should know better, and now I do.

Part of the reason for my  lack of awareness is that I have never seen, or trained with a weapon like Sig’s ASP.  And it should be considered a weapon.  All of the safety rules apply at all times, as the .117 caliber metal pellet exist the muzzle at 450-480 feet per second (fps) for the P226 model and 575-700 fps for the MPX (AR style) model. 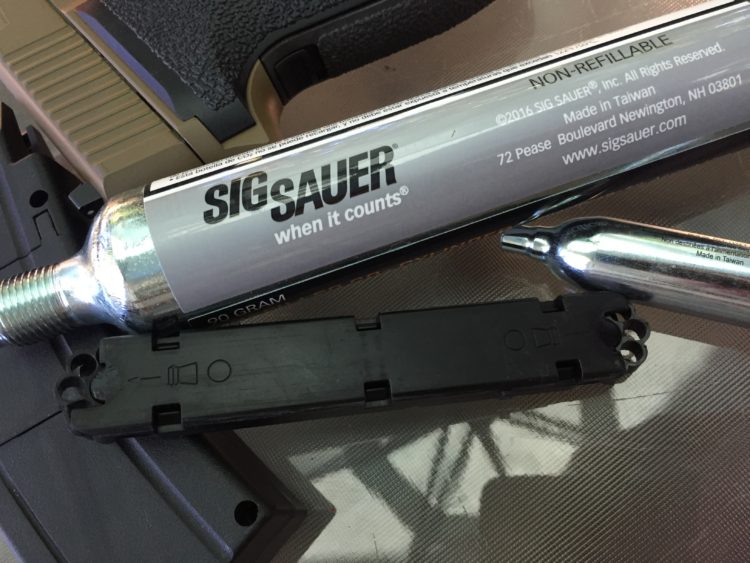 Shannon went above and beyond, sending not only two weapon platforms, but also a small arcade of targets.  Each is great in its own way because it allows for fun and interactive way to practice weapon handling, approach training, and utilize angles and distances.

The targets included a boxed trap with flip-style targets, a spinner, and a swing style “H” stand.  All come with a stick-on circles, so if you’re shooting for accuracy, you don’t need to worry about marking up the target itself, and can also cover up the scuff marks left by the pellets.  I have also used regular paper targets placed over a bale of hay, or a thick cardboard with an additional backstop. 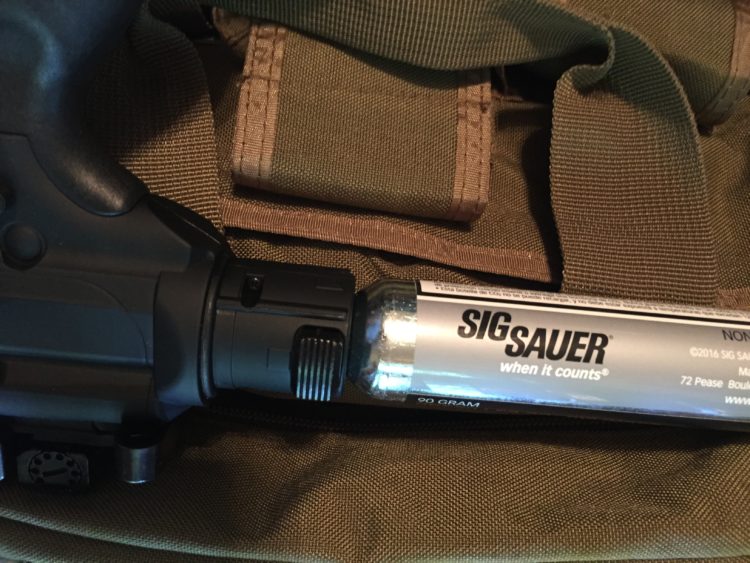 It’s too easy to places the paper targets or 3-d models within a structure, and practice room clearing, team movement, or scenarios.  And all seriousness of training notwithstanding, this brings a whole new level of fun to it.  Another great aspect to SIG’s ASP system is that it is in fact a serious thing.  With the traditional Sig attention to detail, the weapons look, feel and function realistically. 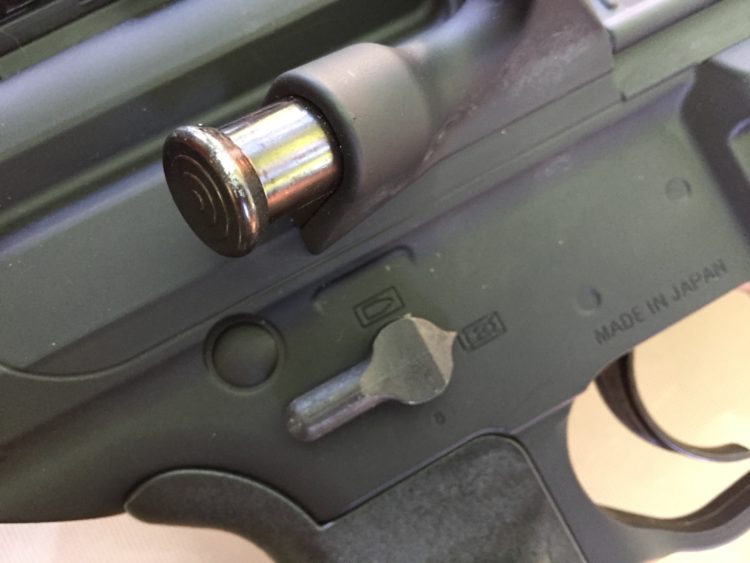 The weight and feel, location safety mechanisms – switch on MPX/MCX and decoking lever and charging handle and safety on P226, and trigger squeeze and reset, are about as close to the real thing as you can get.  Even the red dot and optics available for the rifle models are fully functional and adjustable, with the red dot almost similar to Romeo line of sights.  It all comes together for a beautifully functional system. 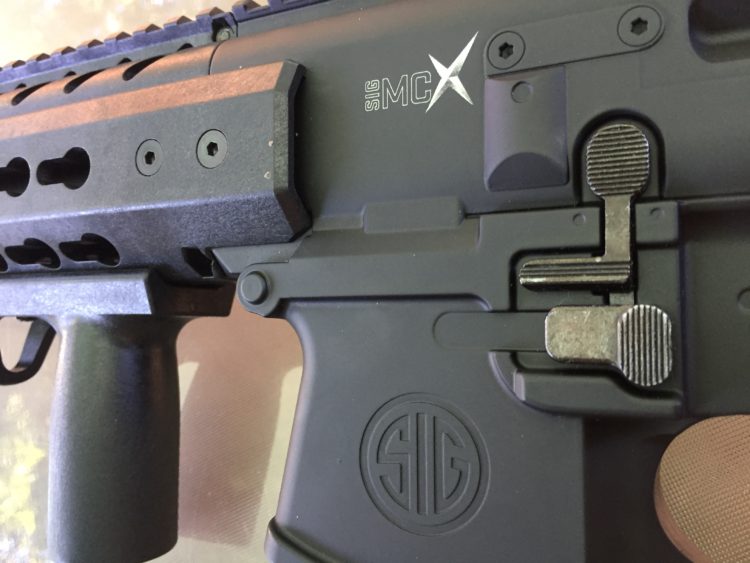 For novice shooters, the steps of practicing safety, trigger squeeze, sight alignment and even recoil are identical.  Without the pellets or magazines inserted, this also allows for dry-fire practice with new possibilities.

As one might expect, everything that comes with the system is made my Sig Sauer, with the attention each component deserves.  Of course the weapons themselves, targets, sights and optics, tools for mounting them, pellets, and cartridges. 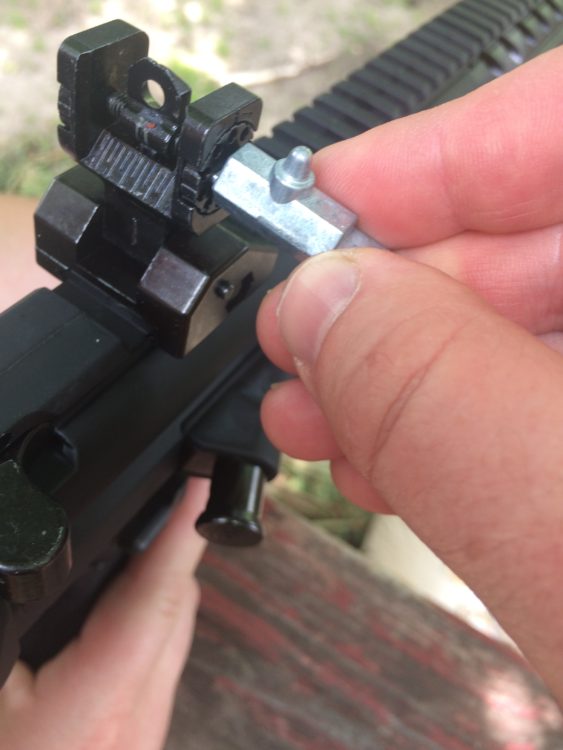 The ASP system functions on compressed CO2, with a specific size for the handguns and a larger size for the rifles.   Each is very easy to replace, and as soon as you’re out, or feel that the blowback isn’t operating as desired, you open one compartment, pop in the replacement, close it up, and off running. 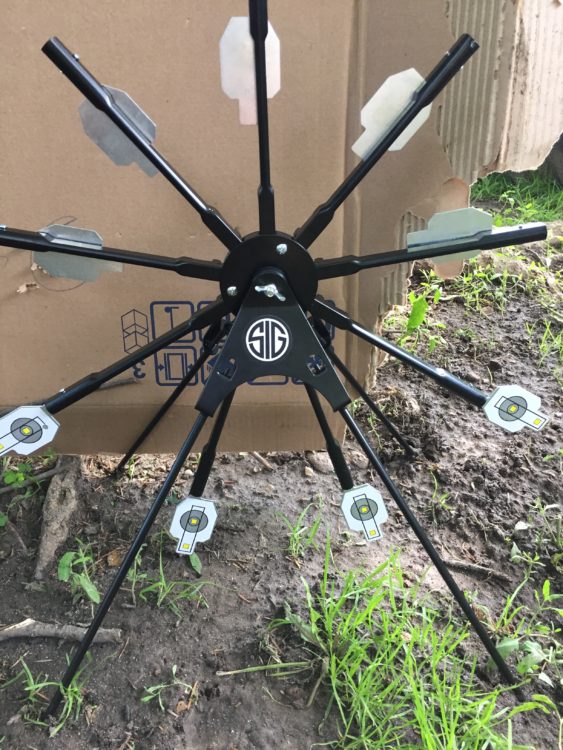 We were not gentle with the any of the parts, even including transition drills in the mix.  Aside from a few scuffs on the weapons, and one CO2 cartridge which was hastily misaligned and leaked, there were no issues.  The magazines are plastic with plastic moving parts, and are one component of the APS which is necessarily not like the real thing. 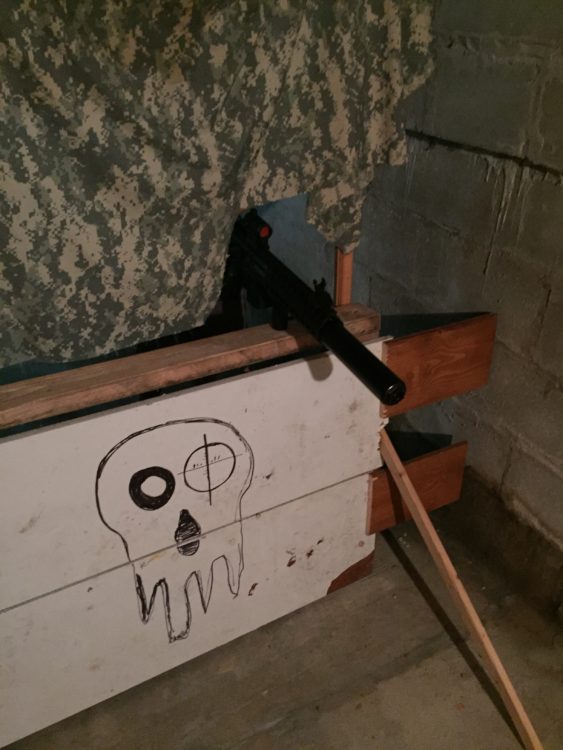 There is a belt drive which rotates the pellets.  While some wear was evident on the plastic parts of the drive, there were no functional issues.  The .177 pellets can be purchased aftermarket as well, but are noticeably lower quality.  This might result in an occasional malfunction, but all-in-all is still an option if you need a refill in less time that it takes to ship some.  Sig Sauer offers their own website specifically for the ASP line of products, www.sigsauerasp.com

Keep in mind that as CO2 runs out, the function of your weapon will be affected.  Practice your malfunction drills, but keep a couple of spares on you.  Performance will surely vary, but my estimates are that the rifle cartridge lasts about 7-10 magazines, while the handgun 3-5.  It did not impede the fun or training in any respect, especially considering that most military or law enforcement training will involve a shorter scenario or isolation drill, there is plenty of time to reload. 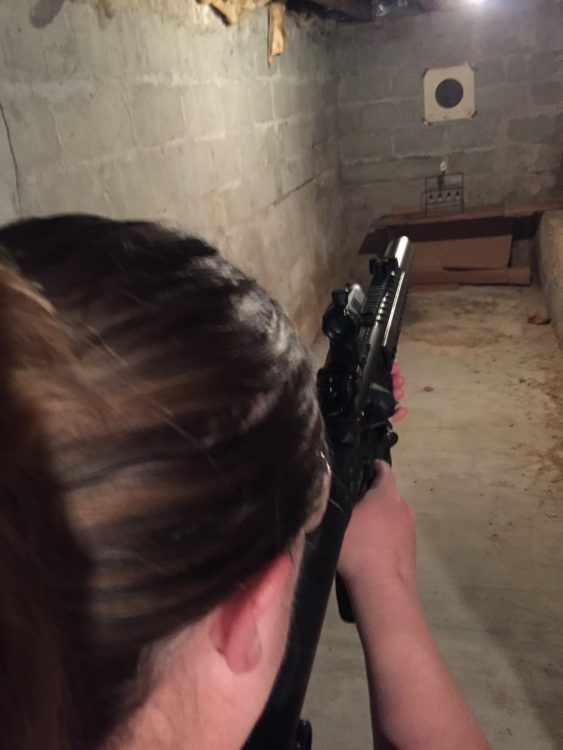 The Sig Sauer Advanced Sport Pellet airguns are simply a fun way to bring the sport of shooting to anyone.  They are also a very functional way to train, for anyone from a responsible citizen to a sheepdog professional.  If your agency or team has not considered this option, I think it is worth a look. 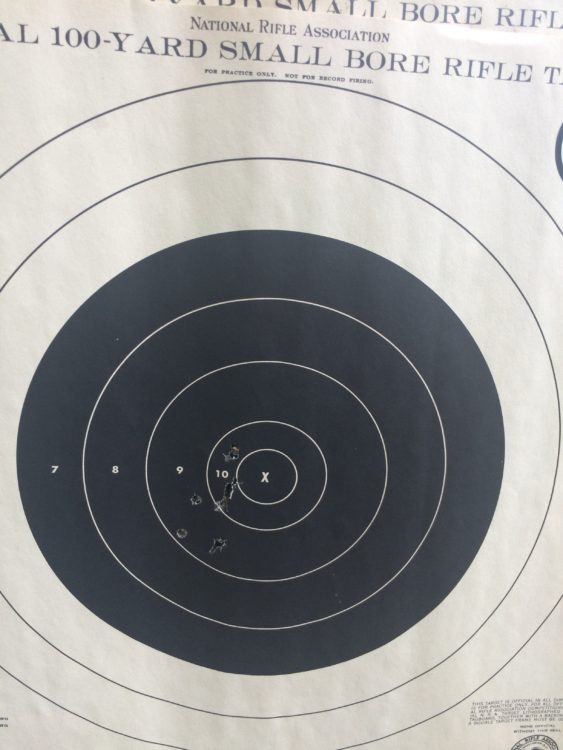 It is more cost-effective and can be used more often than force-on-force.  The latter is about the only thing that you can’t do with Sig’s ASP.  Sig’s ASP is not an airsoft system.  There is nothing soft about a metal pellet, and if that is your realm, please refrain from trying things which will get someone hurt.  However if you a competitive shooter, running and gunning with the ASP airgun system just might relax you between matches and shave some time off you game.

When Sig Sauer describes their airguns as “world class”, I would agree.