Here’s my review of the Savage Race 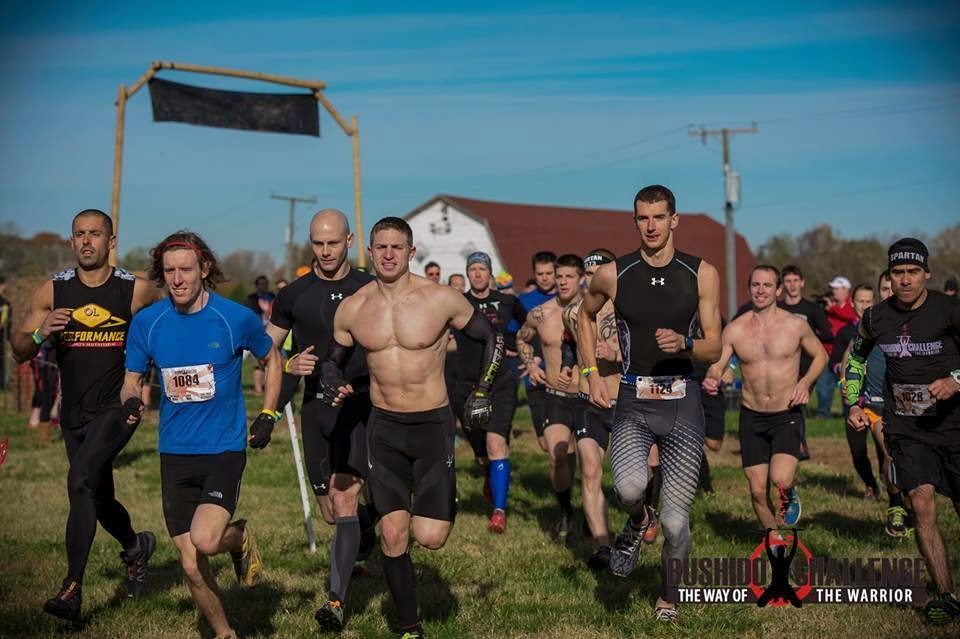 Being new to the OCR scene this was my first Savage Race and it did not disappoint. The first obstacle encountered was  a car crash blocking the road between our hotel and the race venue.  After a few failed attempts to follow our GPS on alternate routes, the first couple ended at gates undetectable via satellite, we finally arrived with 20 minutes to spare before the gun.

I checked in got in a short warm-up and saw my wife Leah and son Kilian just getting there spectator passes and entering the race area as I climbed the wall into the starting corral.  The race took out quick and I settled in behind Ryan Atkins.  The terrain got technical quick, which was why I chose this race, hoping that I would not have to run as fast, and Ryan and I quickly opened up a large gap.  Just as I was settling into a rhythm the course markings we were following brought us back into the middle of the race.  Somehow we had gone off course and were following the edge of the paintball field!  I really have no clue how we went wrong, the course was very well marked but nevertheless there we were in the middle of the pack having tacked on a full half mile.

Ryan dropped the pace big time on his hunt for the front and I struggled to stay with him.  Luckily we came up to a traverse wall that utilized small rock climbing grips instead of wooden wedges. Several people were falling off and we passed a large number of people by the time we rung the bell on the far side. We then headed into the woods where plastic pallets elevated us over marshy ground.  As I reached to step on one the runner ahead of me planted his foot on the far edge sinking it into the much while simultaneously raising the end I was aiming for of the ground.

It hit me in the middle of the shin and I fell hard and rolled.  I was back to my feet quickly though and chasing Ryan again who now had about a 10 second lead on me.  The next stretch of run was a slight incline through the woods with no obstacles and this is where Ryan put any competition to rest.  My running for the past few months has consisted of putting the kid in the stroller, running 2.5 miles and 1,000 feet down to the lake, playing on the beach for half an hour and then pushing the stroller 2.5 miles and 1,000 feet back up to the house.  It’s fun for sure and a great workout but it is definitely NOT fast, and when Ryan laid it down he DESTROYED me. I just wasn’t prepared to compete yet.

At the top of the hill we re-entered the main arena where obstacles were stacked one after the other.  I really liked this set-up as it made the obstacles themselves a little more challenging and it allowed my wife Leah and son Kilian to see my tackle some of the bigger and more exciting obstacles. I was also well prepared for this type of set-up and moved from about 20th the 5th over the next few hundred meters.  From here on out the obstacles were fun and creative, while not overly challenging, I handled them all very well, although I really didn’t push the run as fast or as hard as I should have.  This was my first hard effort of the year I settled into my comfort zone too easily. I still moved up to 3rd and was closing on 2nd but ran out of room at the end.

Overall the experience was awesome, the race was very well organized and as always the OCR community was great!  Having Leah and Kilian come up with me, although the run wasn’t the best baby conditions, it made the trip even better!  I would definitely recommend this race to anyone, especially those who want to face some good obstacles but don’t want to be out on the course for 2 + hours.