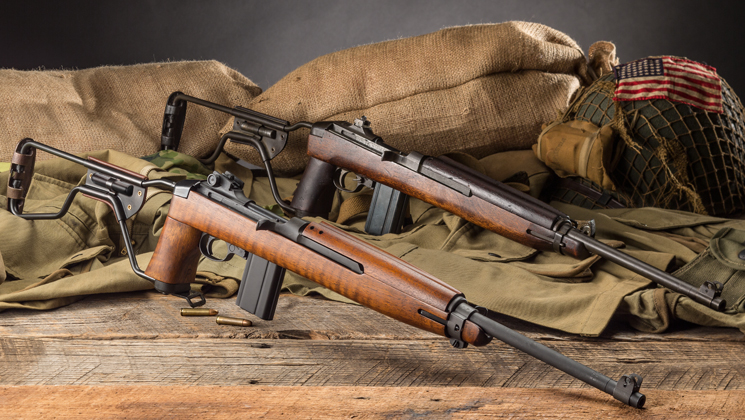 The 1990s were salad days for militaria and military small arms collectors. I remember buying my first M1 Carbine when I was 18 years old at Navy Arms in Martinsburg, WV. I paid $150. There were racks of them, along with M1 Rifles, Mausers of all sorts, Enfields, even FN49s, Hakims, and Carcanos. I saw my first Russian SKS on the way out the door. I came back a week later and bought it for $125. The world is full of surplus arms, but they are not rolling into the U.S. like they once did. While the M1 Carbine is statistically plentiful here, with the .30 Carbine remaining one of the most popular cartridge to reload, you simply cannot walk into your local gun shop and expect to buy or order a surplus M1 Carbine. However, Inland has solution for you in its resurrection of the M1 Carbine. In this three-part series, we will review Inland’s M1A1 Paratrooper variant. (Image above from American Rifleman) 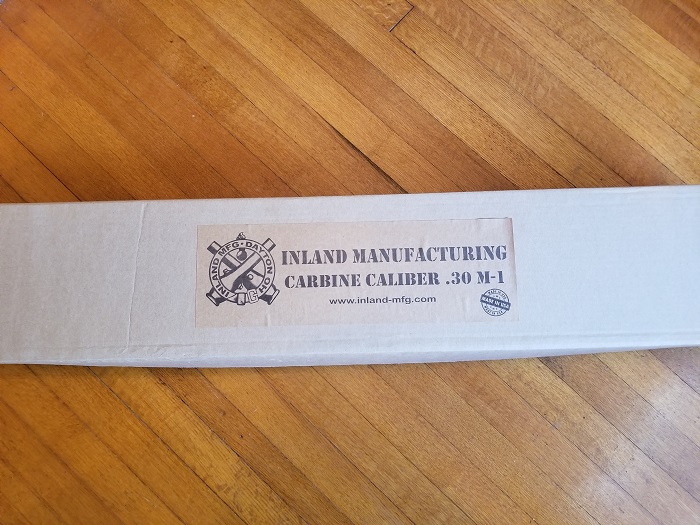 The M1 Carbine was specifically designed to arm support troops such as cooks and truck drivers with something more substantial than a sidearm such as the 1911A1 or S&W ‘Victory Model’. The idea made perfect sense; who wouldn’t want access to light rifle firepower at a fraction of the size and weight of the M1903 or M1 Rifle? Instead of just arming support troops, the M1 Carbine quickly found its way into the hands of front line infantrymen in both the ETO and PTO. 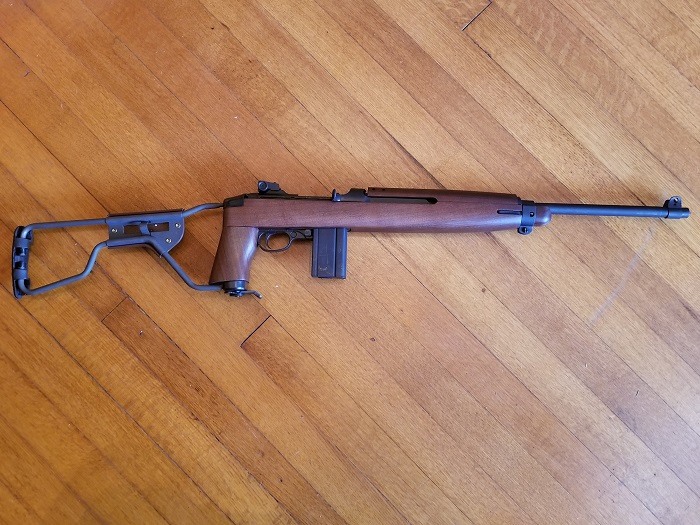 While the M1 Carbine had its critics, it was undeniably popular with many troops; it was the first U.S. general issue, shoulder fired, semi-automatic weapon to offer a high volume of firepower combined with light weapon and ammunition weight. While the U.S. and other countries attempted to meet these design parameters since World War I, the M1 Carbine was the first true success story. The Pedersen Device might have been a success, but it was never issued. Most other attempts at making a successful semi-automatic rifle centered around producing a rifle designed around a full size rifle cartridge such as the 7.62×63 or 7.92×57. to be sure, these rifles were successfully fielded during World War II. Designs such as the M1 Rifle, G41 and G43, and SVT 38 and SVT 40 played a role on many battlefields. However, the M1 Carbine was lighter, its smaller and lighter cartridge meant more ammunition could be carried for the same weight, and its diminutive recoil resulted in better time on target. Its accuracy was adequate, if not excellent for its era, and it was undeniably handy. 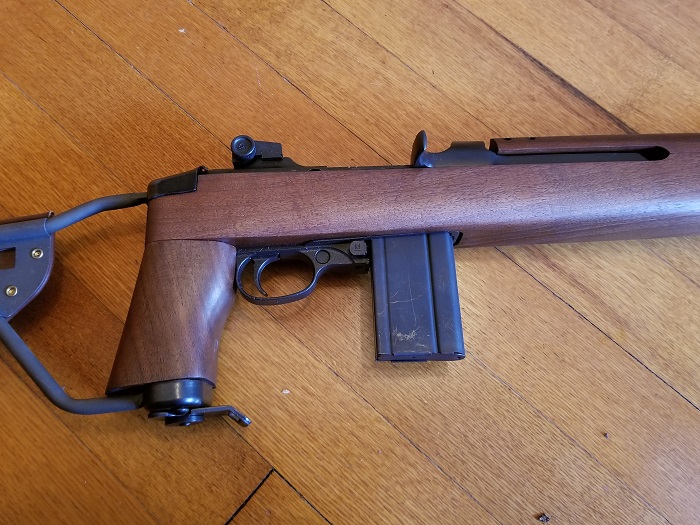 Some troops saw its diminutive cartridge as drawback. I had the privilege to know an 82nd Airborne vet who made both the Normandy and Holland jumps with the division. He joined the 82nd following Sicily while they were training and refitting in England. He made the mistake (his verbiage) of becoming quite proficient with the Bazooka, so he was voluntold to carry it along with an M1A1 carbine. He dropped well away from his DZ in Normandy, and spent a couple of days wandering about the countryside before his small ad hoc group managed to link up with others. On patrol, he noticed a German infantryman peeking around the corner of a hedgerow. He didn’t think he was spotted, so he aimed at the point where he saw the head duck back in and sure enough, a few seconds later, out it popped again. He squeezed the trigger of his carbine and PING hit the German squarely at point of aim. Whereupon the German stood fully erect, wiped his hand under his helmet, and stared squarely at him, dazed, but otherwise healthy; the round did not penetrate the helmet. The other fourteen rounds from the carbine’s magazine center of mass, sorted the issue. 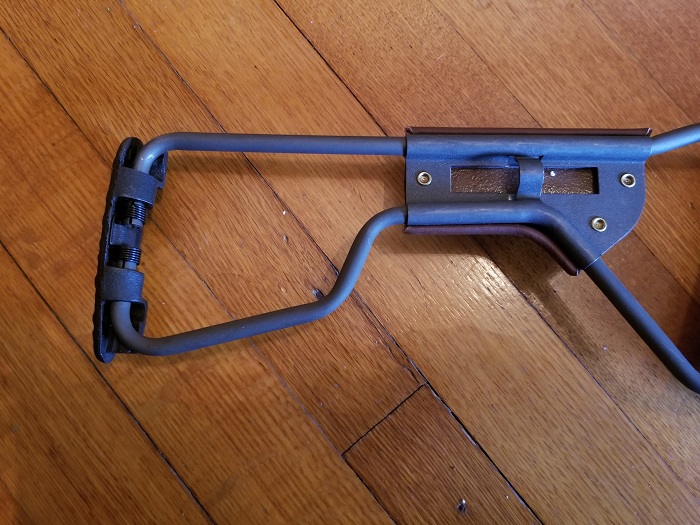 Inland’s rendition of the M1A1 Carbine will give many collectors and enthusiasts a realistic chance at owning a piece of history they might never otherwise afford. With original M1A1 Carbines easily breeching, and often far exceeding the $3000.00 mark, and being quite rare in original condition to boot, this firearm should be on your short list if you are a firearms enthusiast with an interest in World War II. Out of the box, it is extremely well finished, the parts fit is excellent, and the QC is clearly where it needs to be on the exterior. 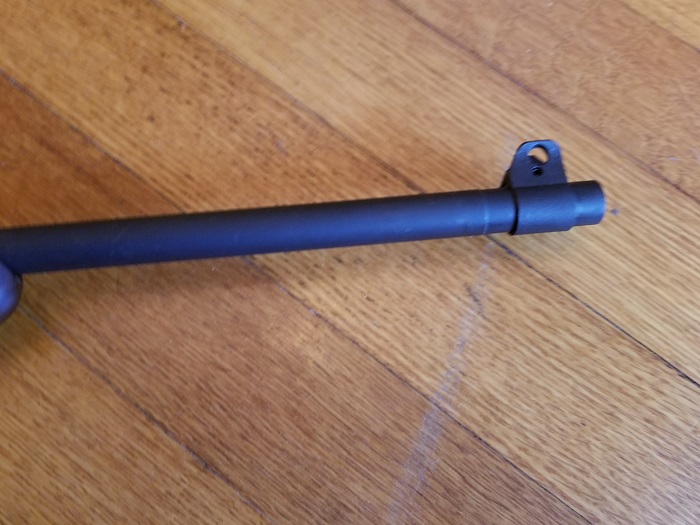 The rifle comes with one fifteen round magazine, a cable lock, and a manual. If I were to suggest one small improvement that I think would make a big difference, I’d like to see Inland ship the rifle with a quality reproduction sling and oil bottle. It would not add that much to the overall cost, and it would be ‘adding the pickle’ so to speak.

The stock and handguard are oil finished walnut, and are pleasing to the eye and solid to the touch. The metal is nicely and evenly finished and out of the box, this rifle is a convincing mid to late World War II issue carbine. The rounded bolt, rotating safety lever, rear sight adjustable for both windage and elevation, set it apart from early war models with a push button safety, flat bolt, and flip ‘L’ sight. The omission of the bayonet lug sets it clearly apart from post war refurbished carbines. The leather cheek piece is well positioned and mounted on the folding stock. This was a downfall of many earlier reproduction M1A1 Carbine stocks, that often had cheap cheek pieces sloppily mounted with poor quality rivets. The cast butt plate is also an improvement over other models I’ve seen in the past. The stock is properly cartouched, which is a thoughtful touch on Inland’s part. In addition, the stock is properly inlet on the left side to accommodate folding for convenience, and stowage in the jump case originally designed for the M1A1 Carbine. The stock itself might measure just a bit wider than an original, but it certainly isn’t by much. The metal hardware is well finished and it fits the stock perfectly. 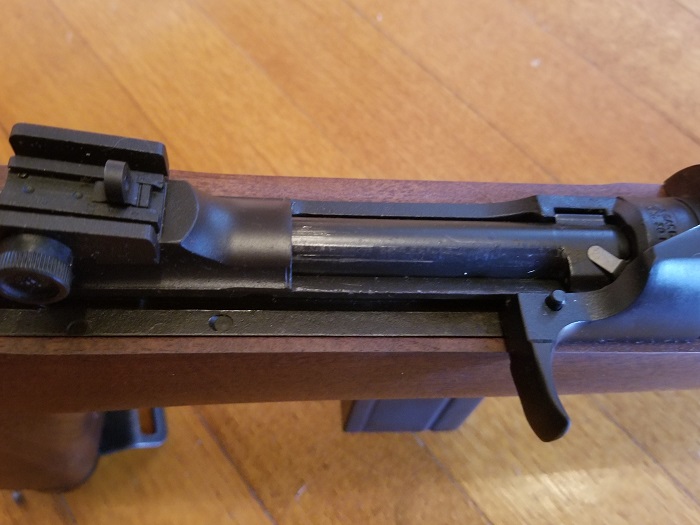 The markings are the metal are well executed, and in my opinion extremely thoughtful on Inland’s part by varying slightly from the original. The barrel is marked in the correct place just to the rear of the front sight on the top, but it bears the modern Inland corporation’s marking not Inland GM markings with a World War II date and month. The receiver markings also appear to be laser engraved rather than roll marked. Further, Inland has thoughtfully included another Inland Mfg. marking on the very bottom of the receiver. 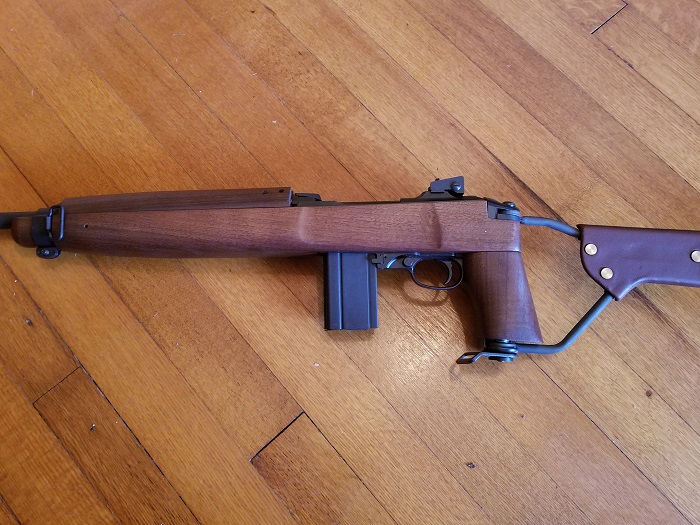 While the absolute purist might disdain this, I fully endorse and support Inland’s decision to do it. As a collector, I can assure you that there are some extremely competent and clever individuals out there who can convincingly remark firearms and age them to fool novice and intermediate level collectors, and occasionally an expert. With some World War II era rifles, especially original K98 sniper rifles, the game is now afoot between the experts and the fraudsters. Inland’s markings to not detract from the aesthetics, and they help protect the collector. Obviously, they do not interfere with function in any way. 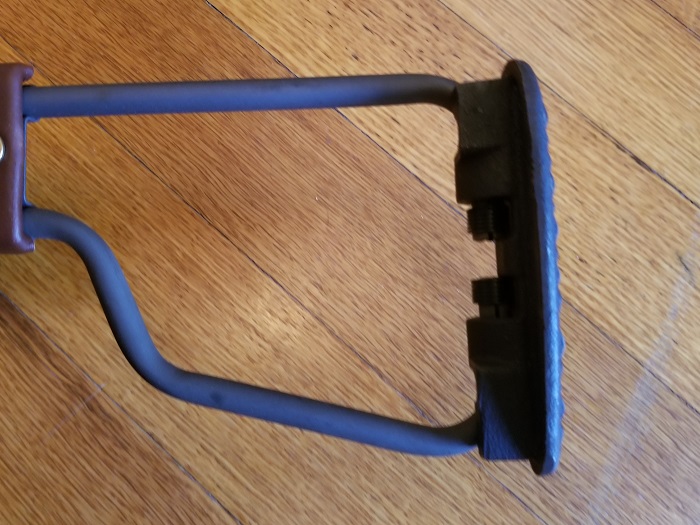 If you are a reenactor, I can assure you that this is the best mass produced M1A1 reproduction I have seen thus far, and if you wish to age or distress it, you’re going to have an excellent starting point. That being said, I do not completely understand some of the extremes in aging and distressing I have seen in the reenacting community of late. Weapons and equipment certainly take a beating in combat, but a two-year-old piece of equipment in active service that was new when issued looks one way after a few months of use, even heavy combat, and a seventy plus year old weapon, uniform, or cartridge belt looks another after combat then decades of storage, intermittent abuse, and patina. 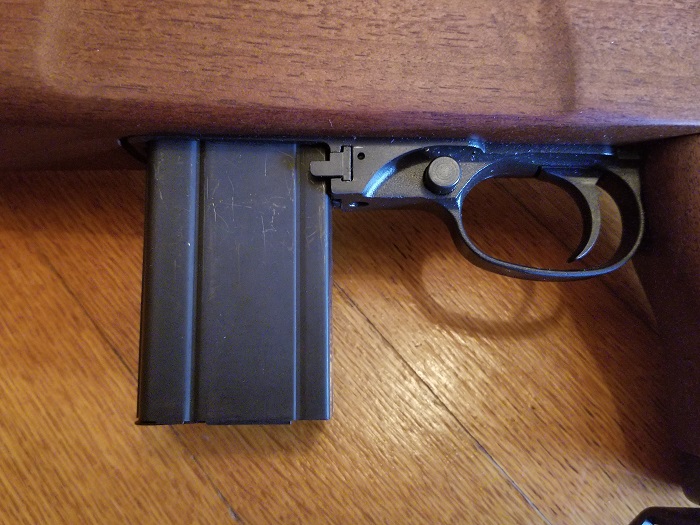 In Part II, we will take the M1A1 Carbine to the range, and work it out with a variety of ammunition and magazines, testing for accuracy and reliability. In Part III, we will explore the practical utility of the M1A1 beyond its historical appeal. 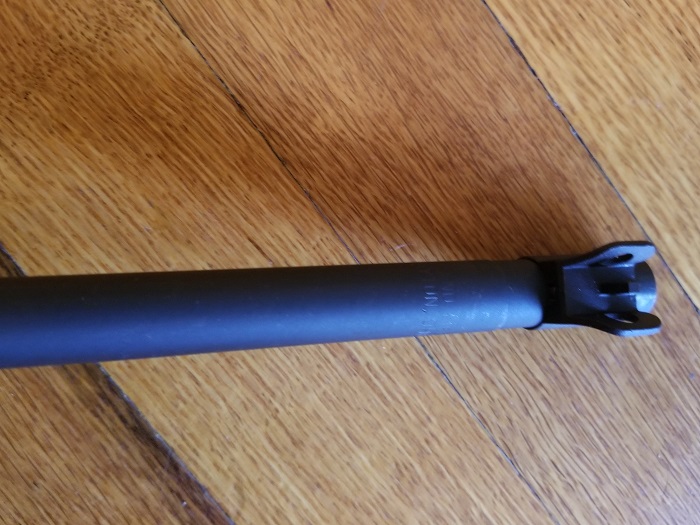