For those unfamiliar with Frank Zapata he’s a Frenchman who is a former professional jet ski driver. There is news coming from various sources that this hoverboard invention is being considered by the military for their combat soldiers. Zapata and his team filmed him flying over Lake Havasu, Arizona in early May, 2017. Zapata Racing, which has made water-powered versions of these flying machines for a few years now.

Zapata is kitted out with a flight suit, helmet and gloves. The rest of his safety is put into his skills and his hoverboard. The video of him flying at high speeds and altitude is impressive. Something once seen in a Back to the Future movie or read in science fiction books is coming closer to reality for the US Army to send to the battlefields. Is it a hoax?

Zapata claims his hoverboard, called the Flyboard Air, can fly to a height of 10,000ft (3,048m) by using an ‘Independent Propulsion Unit’. It can to fly for about 10 minutes and has a top speed of 93mph (150 km/h).  The company has not released complete details on how the vehicle is controlled or what powers it.

Zapata has stated it is full of kerosene and there is just a throttle for the four turboengines on the board. Two more are on the sides for stabilization. Each of the four engines has 250 horsepower each. It’s about 1,000 horsepower total. 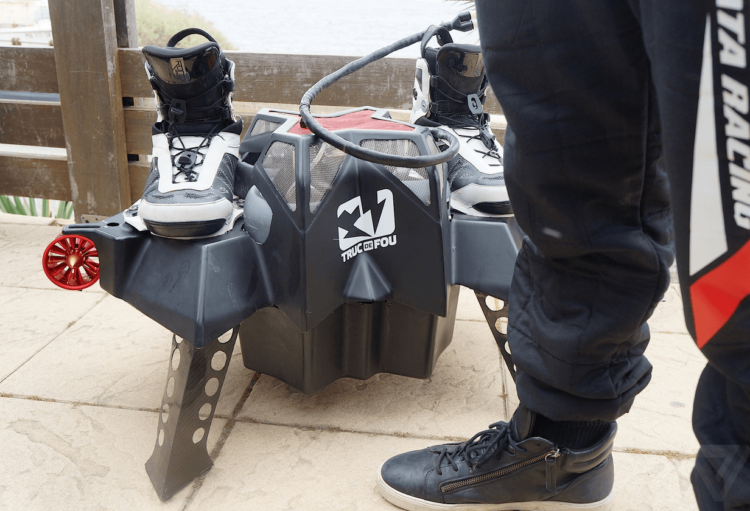