The video here shows a boxer fighting multiple attackers. Watch the guy dressed in all black clothing. Critics have commented that the attackers were old, or unarmed, or unskilled, and therefore the defender wasn’t as good as others believe he is.

What if they had knives?

What if they were MMA fighters?

What if they had RPG’s? 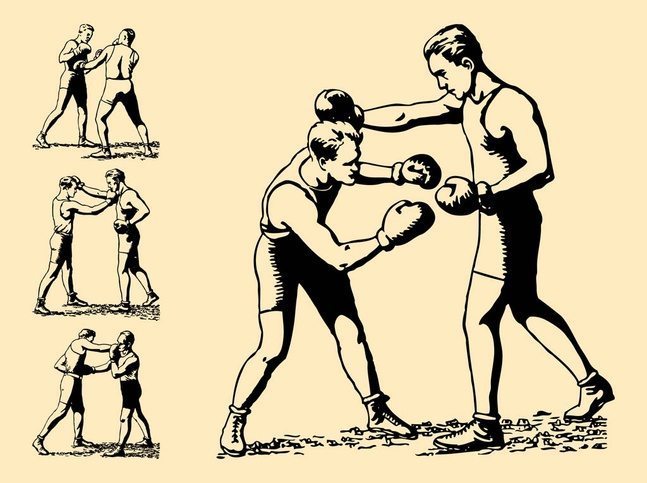 C’mon. If you change the facts then you need to change the outcome. Let’s stick with the basics. Our fighter is engaged in a situation that occurs commonly throughout the world: multiple attackers converge on a lone man outside of a bar, mall, street or stadium. This article IS NOT the “be all and end all” article that proposes how to handle all fight situations. It is only one recommendation for dealing with multiple unarmed attackers.

First, we advise you to walk away if you can. Sometimes most aggressors want to look aggressive but they don’t really want to deal with the consequences of getting beaten or arrested. Let them trash talk you all they want and then just walk away. There’s nothing wrong in talking yourself out of a potential “beat-down” too. Are you alone? If you are not able to do this, then prepare yourself for some pain, and fight your way through the hurt. The pain will go away, but the life you lose will not come back, so fight back with all you’ve got. If your aggressors decide to fight instead of letting you walk away, then don’t let up on hurting them as brutally as you can, because they won’t let up on you.

First let’s talk about the mass multiple attacker concepts and then go back to do a review.

If you watch the video you will how notice how the defender sticks to some mass attack concepts. The defender actually comes out ahead because he doesn’t allow himself to be swarmed.

Don’t put your back against the wall unless you must. If you do this you will be surrounded and without a place to escape to. Your goal is to only deal with one attacker at a time. Keep moving and fighting until you can make an escape. If you are cornered then keep fighting until all the men are down and you can leave. Our guest writer named Aggro 84 is a police detective. He was once surrounded by more than 10 men. He is a very large man (over 6′ 6″) and a skilled fighter.  Thankfully his attackers were not skilled fighters or armed with weapons.

They attacked like a wolf-pack but he stayed calm and continued to fight his way through the beating. Only so many attackers could stand shoulder to shoulder to launch their assault. This limited it to about three at any one time. The fight ended after multiple police officers arrived on scene and began to control the violent situation. Read an article written by him on another matter here.

In our video, our man in black is in an open space. He uses the open space to his advantage by never letting himself be surrounded by attackers. He continues to move backward while never allowing himself to become off-balanced. 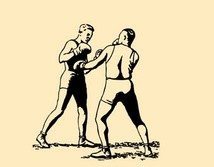 Put yourself in a good position. Put yourself in a position where you can deal with just one attacker at a time. Move around so one attacker will get in the way of another. Watch the video. The man in black is attempting to stay away from having to fight all three of them at one-time. There is even a point in time where they are lined up face to face with him. But he continues to maneuver so one is lined up behind the other like dominoes.

Hit the attackers hard and fast. Do not be passive. Hit the first attacker as hard as you can. If you hit them as violently as you can it might make them hesitate when they attempt to fight back. Use the hesitation to your advantage by escaping or by looking for openings in their defenses. In our video, the attackers decide to press on despite taking multiple blows, and their anger gets the best of them. Our man in black sticks with his fighting fundamentals. He stays calm, he moves, he strikes, and he moves. He does not stop fighting back. Eventually they will stop, he will stop, or someone will break it up (a crowd, police etc). Be unrelenting. Do not stop until it is clearly over!

Move smartly. In the video, our man in black continues to move backwards in order to keep his backside protected. As he moves backwards he never allows himself to become unbalanced. He also uses the energy and gravity of the attackers to his advantage. As they lurch forward to strike him they become unbalanced and lean forward. He counter-strikes and hits them. He repeats this process and keeps the upper-hand. What he is doing is looking for openings in their defenses and timing them. As they lurch forward to strike he waits until there is a weakness in their guard. Pow, his fist slips into the opening. 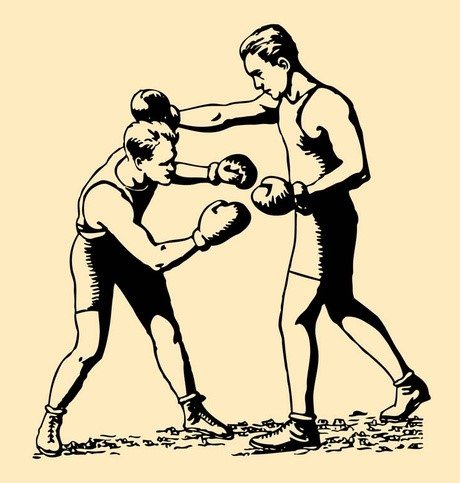 Don’t let it go to the ground. I’ve never been great on the ground. I have taken many a beating on the floor but it had to get to that place first. I’m good at stand-up and stayed on my feet as long as I could whenever I battled someone in a punch-up. Whether you are good on the ground or not, do not let it happen around multiple attackers. If you go to the ground it’s because they brought you down. Don’t volunteer because chances are you won’t survive.

There are only so many things that you can do to protect yourself. If you are facing multiple attackers try to walk away. Do whatever you can to leave. If they press the fight to you then give everything you have to be victorious. Don’t put your back to the wall. Maintain a good fighting position and hit them violently. Move around the field and lastly don’t let it go to the ground. Keep a level head and you may walk out of it virtually unscathed.