Critical Thinking- It’s Not What You Think

Recently, I began hosting escape games for businesses and individuals. These escape games integrate military skill sets and scenarios to present puzzles, clues, and problem-sets that model real-life situations as opposed to the disjointed mishmash of traditional escape rooms so popular throughout the world.

After each game, I go through a detailed analysis of the team and individuals’ performance. Key to success in these games is attention to detail, planning, information sharing, coordination, cooperation, leadership, delegation, improvisation, adaptation, critical thinking, problem-solving, focus, and patience.

It has emerged that the two most significant factors involved in team success and mission accomplishment are attention to detail and critical thinking, both of which are sorely lacking in the majority of participants.

At the outset, I had assumed that the most successful participants would be those possessing post-graduate degrees (specifically social science and liberal arts degrees), especially from more prestigious schools like Duke, which is two blocks from my business. I was surprised to find that my assumption was wrong. In fact, this subset of participants were the poorest performing. 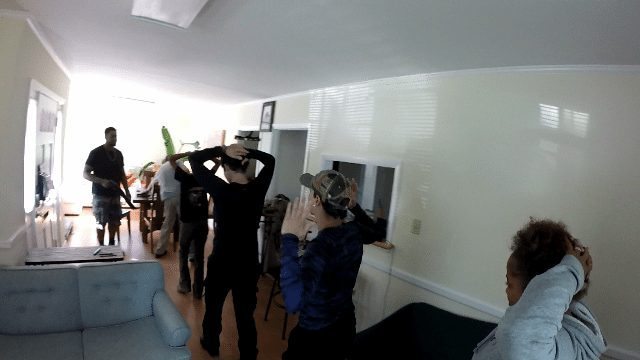 Go ahead and guess the jobs and educations of the highest performing participants!

What did you come up with? Did you guess computer programmers, property managers, and collections agents? If you did, good job.

In one escape game scenario, a cryptogram, military shacklesheet code, and Arabic translation are the keys to completing the mission. Most participants have never even heard of a cryptogram. On top of that, they were left clueless on how to approach solving it, even after being provided with a diagram and keys to its solution. For those unaware of what a cryptogram is- a cryptogram is a phrase that is depicted as blanks representing each letter, word, and sentence. Below each blank is a number that represents the letter. The same number represents the same letter. For example, if “3” represents the letter “e”, then a “3” will appear under each blank that represents an “e”. 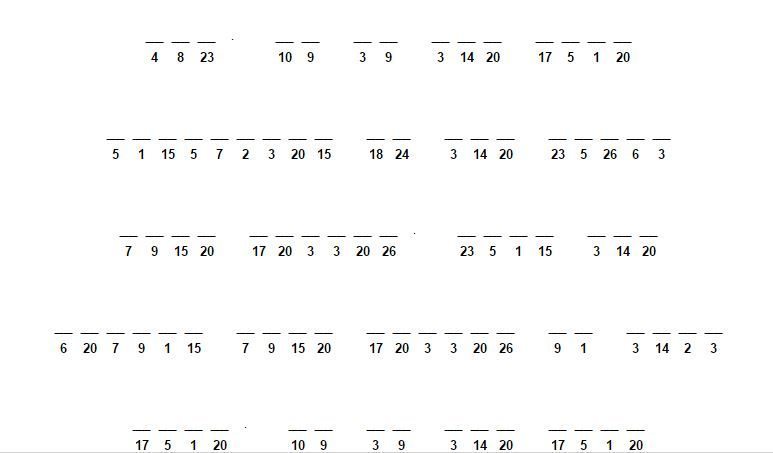 My grandmother raised me and would always solve the cryptograms in the newspaper that appeared next to the crossword puzzle. When I got more adept at solving them, I would compete with her to solve it the fastest. I would rarely win. If my grandmother solved them and I solved them as a poor kid, I figured that the educated elite would also have grown up with them as well. I was pleased, however, to see that they played a significant role in British mathematician, Alan Turing, breaking the German Inigma Machine during World War II.

Similar to a cryptogram, a shacklesheet uses a predesignated three letter code to translate letters into numbers so that they may be sent over unencrypted radio without being deciphered. Even after solving the cryptogram, most participants struggled to understand how the shacklesheet worked.

While cryptograms and shacklesheets present complex problems for translation, translating Arabic letters and numbers into English is simple right? Apparently not. Even after finding the pages in an Arabic travel guide with direct translation of numbers and letters, most participants failed to translate the clues in the right order- right to left. Therefore, the codes that they deciphered were in reverse order.

The participants who were able to correctly decipher the cryptogram, shacklesheet, and Arabic translation were all computer programmers. 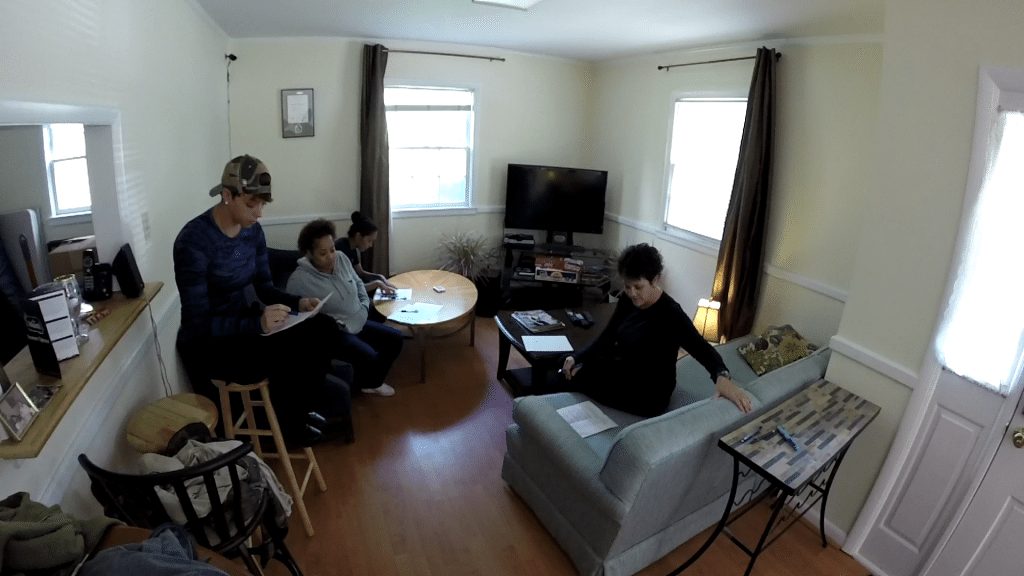 They are told that their mission will begin as soon as their planning period has ended. However, immediately after their planning period has ended they are taken prisoner and must utilize attention to detail, planning, information sharing, coordination, cooperation, leadership, delegation, improvisation, adaptation, critical thinking, problem-solving, focus, and patience in order to accomplish the mission under unforeseen and ever changing situations.

This is where attention to detail and critical thinking have proven to be the key components to mission success. In the briefing and planning phase of the game, they are purposefully given only a very short period of time to digest, interpret, prioritize, and make a plan for all the information and equipment they were given.

Attention to detail is the most important factor during this phase. Most participants, like college students, attempt to digest and copy ALL of the information presented to them. This is impossible to accomplish and only serves to distract and confuse the individual. In real life, like in college, one must interpret what information is vital to the mission (or test objectives).

This is where the primary and secondary mission requirements, as well as the commander’s intent come into play. The primary and secondary mission provide desired result of the team’s operation. The rest of the mission briefing outlines the methods for accomplishing that end state. However, as has been recognized, but rarely accepted, by the military community- “No plan survives contact with the enemy.” (Helmuth von Moltke, 19th century German strategist.)

Therefore, the most important takeaway from the mission briefing is the commander’s intent. The commander’s intent informs the team of the desired end state, regardless of the team’s plan, methods, and execution. Attention to this key detail within the broader mission briefing allows the team to operate within a framework that will enable them to succeed once the mission goes wrong, which it inevitably does. This is at the heart of the purpose of my escape games. In life, especially when conducting business, nothing goes as planned. By understanding and embracing this, participants will go back to their families and their employers with a mind state and skillset that will enable them to thrive and succeed. 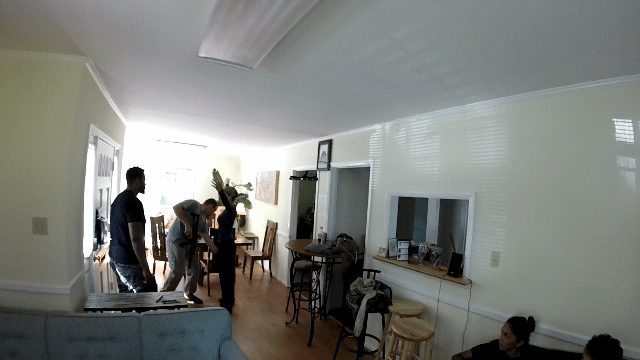 Attention to detail regarding the commander’s intent will enable the team to succeed during the game by simply understanding and digesting one sentence within the four page briefing. However, to date all teams, and most individuals, have failed to implement this attention to detail.

So, what exactly is this key component within the commander’s intent that will enable the team to succeed?- “Your team will use whatever means to [accomplish the mission]….while simultaneously maintaining plausible deniability of the [unit’s] presence in the area.”

Taken off guard and thrown into a whirlwind of confusion, the team is immediately searched and questioned. Without embracing “plausible deniability,” almost every single participant has failed to hide their crucial equipment from their captors or provide a plausible explanation for why they have it given their cover story.

This brings us to critical thinking. Having their plans “not survive contact with the enemy,” they must now figure out a way to accomplish the mission under seemingly impossible time, physical, and mental constraints. Here, their cover story is tested against the backdrop of torture, punishment, and failure. Absent their equipment, weapons, and ensured opportunity to share information with one another, they must work as individuals and as a team to figure out what they need to do to survive, stay healthy, and accomplish the mission.

Like attention to detail, most fail at embracing and implementing critical thinking. That being said, the game is set up to make them fail. However, I was surprised to experience a property management team perform exceptionally well. More specifically, it was the person tasked with carrying out day-to-day collections responsibilities for the company that outshined the others. After analyzing his performance, I can see how his work requirements enabled him to succeed in critical thinking.

Though I won’t go into detail concerning his collections responsibilities, I will comment on his perform during the game. Bombarded with detailed criticism of his individual and team cover story, he was able to remain fluid and adapt his bearing and information to maintain plausible deniability during each conflicting situation. As time progressed, the questioning of each team member and the consequences of their actions were elevated. He was able to effectively analyze the developing situation to create possible solutions to help the team and developed the situation to adapt his tactics and techniques as the situation escalated. While his performance wasn’t perfect, he was able to embrace the objectives behind the no win situation.

Take this opportunity to review where you have been and where you are going. What does it say that an Ivy League education doesn’t prepare you to succeed like real life experience programming computers, managing property, and overseeing collections?