Could you tell us a little about your background, and how you got involved in running? I come from a large family with 4 siblings. My mom ran pretty much every day and at a young age my older brother and I started tagging along. By the time I was 8 years of age I was racing in USATF (United States Track & field) age group events for track and cross-country and any local road race I could!

After a very good career as a runner, you switched over to ultra-trail running. How come and how does running longer distances affect you mentally? Is it different from running shorter distances or less hilly terrain? I’ve always been an outdoor person and loved hiking, climbing and being in the mountains. After college I was a little burnt out on the whole running scene and started doing more hiking, which turned into trail running when I realized I could see more and get more places by running the trails instead of hiking them. Racing was just the natural progression. It is a much different sport mentally. In track and cross-country there are points where you feel that you can’t maintain pace and it is very hard to focus and hang on to a hard pace. In ultra races there are points where because of terrain or fatigue it becomes hard/impossible to run and it is much harder mentally to just keep moving. 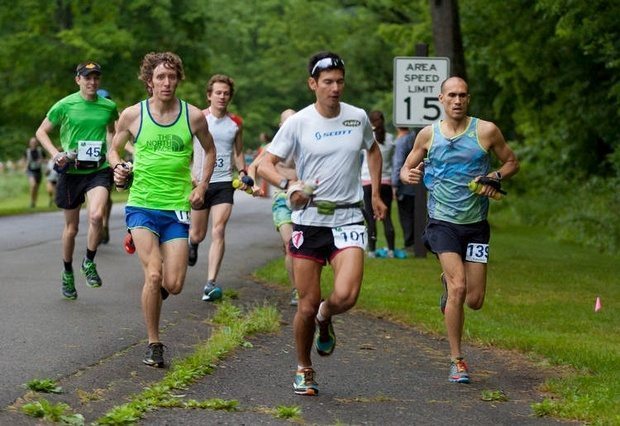 What’s a misconception about the sport of ultra-trail running? That it is far tougher than running a road marathon. In many ways it is but it many ways I feel it is also less tough. It’s just a different challenge and should be approached differently.

Where does your motivation come from? It comes from many different places but number one is to glorify God with the gifts he has given me. Billy Mills said “My life is a gift from my Creator. What I do with it is a gift back to my Creator.” I feel that my running talent is a gift from God and I don’t plan on wasting it.* William Mervin “Billy” Mills, is the second Native American (after Jim Thorpe) to win an Olympic gold medal.

Who is your hero in life? There are many people in life to look up to but if I had to pick on that I truly admire I would say Louis Zamperini. He has been a hero of mine since I was a kid because of his heroics on the track and in war. Now he is an active 90+ year old who is living the type of life I want to be living if I reach that age. If you haven’t heard of him look him up! There is a movie coming out on him soon! Louis Silvie “Louie” Zamperini was an American World War II prisoner of war survivor, Olympic distance runner and inspirational speaker.

When are you the most nervous competing? I generally don’t get nervous anymore. I used to but after years of competing it has faded, and to be honest I could never pin point what I was nervous about in the first place. If you have put in the work then you don’t have to put in the worry.

In your family, who likes your sport the most and why do you think so? Probably myself or my mom. My older brother has seen more running success but I believe my mom and I truly love running for other reasons.

Tell me about things that didn’t go the way you wanted it, and how you moved on to a better success. I mean, really, what is your biggest failure to date? Not finishing a race. Which happens for various reasons in ultras but has happened a couple times for me. When you fail you have to evaluate what went wrong, whether it was mental failure, physical failure from lack of training, or something you did wrong nutritionally. As long as we learn from our mistakes and work to keep from repeating them we will become not only stronger athletes but stronger people. 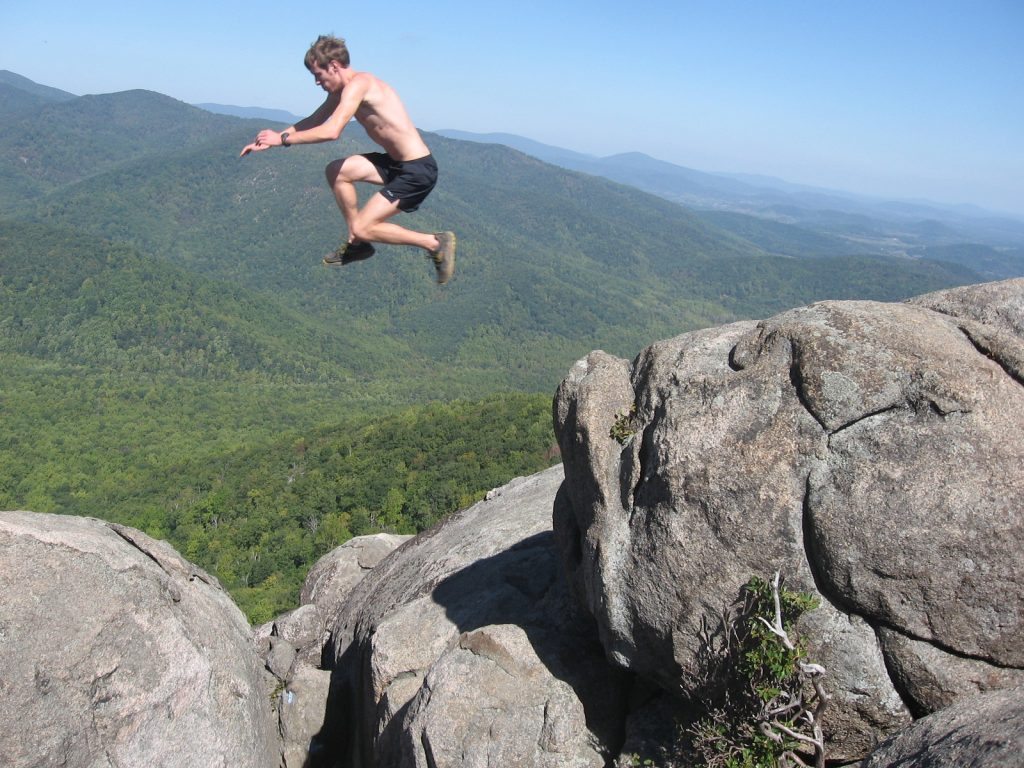 What has been your biggest success to date? Marrying a beautiful Christian woman and raising our son together.

Have you ever completely annihilated yourself before? Many times both in training and races. One time I didn’t bring enough fuel on a long run in the mountains and almost didn’t make it back. I could barely walk. I got back to the car ate a bag of Cheetos that was luckily in the back seat and then passed out for an hour or so before I was able to drive home.

You’re also doing a lot of obstacle course events. These are interesting to watch. Why take this approach? I am always up for different challenges and I love how obstacle course racing has made me a stronger and more well-rounded athlete. I have always loved climbing, jumping, swinging, balancing and any crazy activities so it is another natural progression to pair this with my running.

You just finished the Spartan Super at Wintergreen. What was a struggle for you and were you happy with your performance? In some way’s I was happy with my performance but the overall result was not what I wanted. I was inexperienced and made a lot of mistakes. I was also not properly trained for some of the challenges, mainly the bucket carry which was one of the toughest things I have faced in my athletic career.

What mental or physical areas did you personally struggle with and how did you overcome them? Mentally picking up that bucket and moving it. Once I set it down it was hard to pick it back up. I was as spent as I have been ever in any event and mentally it is always hard to keep moving when that is the case. In this particular case it made it a little easier to know that the rest of the event would not be as bad and all I had to do was get through the carry and move on so I focused on the end of the carry like it was the finish of the race instead of facing the race as a whole at that point.

So, what is your training philosophy? If I had to narrow it down to a word it would be Specificity. The more specific your workouts can be geared toward your event the better.

During your best race ever did you perform the way you thought you would, or were you surprised? On the few occasions that I have performed to my expectations I would say I was more validated than surprised. I was definitely pumped in those moments and maybe a little surprised but I always know what I am capable of on a perfect day and while that rarely happens I still know how much better I can be.

What is your favorite food? Pad Thai

Any lesson learned today that you wished you knew a few years ago? REOVER! Get that protein in immediately after your workout. I was terrible about that back in college and wasn’t getting near the full benefit of my workouts.

Any lessons for our readers? Don’t waste your time. Whatever you want to do whether is be running an ultra, climbing a mountain or seeing the country, start planning now and make it happen.

Any particular music on your iPhone you recommend to get motivated for workouts? Find something that inspires you! Personal favorites include, and couldn’t vary more in taste: Destined to Win by Degarmo & Key Buckle up or bow down, by Jawga Boys, I lived by One Republic, and Something to be Proud of by Montgomery Gentry.

Jordan is currently sponsored by the North Face as an ultramarathon trail runner. He also shares his knowledge as a contributor through Spotter Up. Recently he has taken to doing obstacle races and has little experience in doing them. He placed 18th in his group for the BattleFrog Pittsburg Race and 8th place in the Spartan Super at Evergreen, Virginia.


Jordan has placed first in:

Placed in top 3 in multiple endurance challenges. Attended Liberty University, majoring in Kinesiology and competed on the track and cross country teams. While at Liberty earned several conference titles and was part of the 2006 US Junior Cross Country team that competed at the World Cross Country Championships in Fukuoka, Japan.

Member of the North Face Team, McDougal rolled through the desert trails in 6:30 to earn the U.S. 50-Mile Trail Championships/Nueces 50 – Rocksprings, Texas.

Jordan subscribes to the Spotter Up way of life. “I will either find a way or I will make one”.