While one man constructs another man is busy being destructive. The man who yearns to control and civilize and enrich his lot will most likely do so and in turn touch the lives of others. Sometimes man fights with man to build his home. Property disputes occur in small and large fashion. Amazonian Indians are moved from their jungle land in the Amazon to make way for a growing, more powerful civilization. Whether modern or not this world is filled with animals too. Mindless dogs like ISIS. Physical destruction is not as bad as destroying a society.  No one can come back after that. The after effects are that refugees rush into the cities where there are jobs which creates an over reliance on the invaders as a necessity of survival. Jobs, soldiers, prostitutes, maids, shoe shine boys, blacksmiths exist where a sanctuary once stood. William Penn settled Pennsylvania as a place for his Quaker brothers and sisters. A place where if they worked the land it would be attractive to others and tolerant of their religion. Planning done well creates cities that are largely beautiful and successful, such as Milan. Politics and social issues are different matters. Planning that is done poorly creates blight in cities like Detroit, Michigan. Ghosts of Detroit. Ghosts of Rome. The big automakers no longer create jobs or cars in Michigan. Much has been lost. Creators bring forth objects out of ideas; the loom, the printing press, the steeple, the archway, the compass. Some villages will only ever be villages. Some cities will grow or degrade. Many factors play into why places rise or fall. Iraq, a place filled with history and wonderful relics today is full of people who destroy all they touch. Tangible things are sterile things. It is man who provides value to those objects or devalues those objects  Rome, Stalingrad, or Timbuktu…are meaningless without men to find meaning in occupying it. Are all homes made of brick and mortar? In Hebrew the word beyt means home or tent. A traveller would take up his home and carry it with him on his camel or ass. Are homes fixed in place or maybe they are more about memory and emotional residue in the heart than tangibility? Some men feel better sailing on the high seas yet isn’t a ship a home? Where do you rest your head? The thought of home seems to be as tangible a thing as a lump in our throat. We can’t see it but we know that it’s there. The feeling of what a home is seems to be stuck in our soul. It seems as if it is ‘built’ into us.
What about those who do not feel ‘it’ or feel as if they haven’t actually known a place called home?

Home. Each man’s dream of home is different from his brother’s but in the end aren’t all of these dreams the same? Keep in mind that a habitat and a home are different things. Solitude and loneliness are different too. Or are they? Whether we walk to our home in solitude at midnight near quiet harbors, or trek across endless dunes and shifting sand aren’t those senses the same?

We can cut through straight alleys or follow the curve of a river where cherry blossoms grow. Whether it is brick or stone or logs or iron bars, a home must provide man the feeling of inward peace no matter how large it outwardly sprawls. Whether it is a metropolis or a mud hut a home should provide comfort. Where is your home? Should we leave our fast food shops and much of what technology has to offer alone. Should we completely sever the cord or should we from time to time unplug from the world of modern conveniences? Perhaps much can be learned by listening to our internal voice that guides us deeper into an understanding of peace and to where our home is. For some a home is part of their self-definition. Some people like others to know the community in which they live, and the kind of habitat in which they’ve settled; they mow the lawn, plant trees, put permanent things down, and build relationships with others around their enclave. It is a way to distinguish themselves from the rest of the community. Some Westerners do not believe they are defined by the kind of property they possess. Their consciousness or sense of self and what a home is comes from their experiences and personality. In the exciting and inspiring movie Gladiator, the character Maximus (played by Russell Crow) knows that home is a place where his wife and son are. They are his safe harbor. They are his high tower. In the story Maxiumus has wealth, power, the love and respect of his men. He is a warrior but he is also a farmer. Before the Romans battle the Germanic horde Maximus grabs soil and rolls it in his hand. He holds it to his nose and sniffs the dirt. Maximus knows what kinds of earth are good for planting. He also knows what home is. How about you? Marcus Aurelius learned how to shape his own life by controlling his thoughts. He accepted that life was filled with trials and tribulations. Life was not easy for him. He encountered many troubles as Emperor but he reasoned that the universe was fundamentally good. His place of peace, his inner sanctum or citadel, was his mind. Aurelius controlled that space. He shaped his life around believing that being virtuous empowered him to be courageous enough to face heartache. Any impediment in life was met with firm resolve to not be broken. His mind was his fortress and it was a home where peace settled. Peace lived within him. Nothing without could affect him.

This series of IG posts started merely as an exercise for myself. I hope you found it enjoyable. I wanted to work out some kinks in my thinking. Whether brilliant or not I ask you to work to find peace in your heart. Surround yourself with friends, lovers, family and be grateful for the little you have. You have power over your mind. Find your strength and share it with others. You will not want to flee but rather choose to stay. Realize this-nothing can harm you. Home is where the heart is. 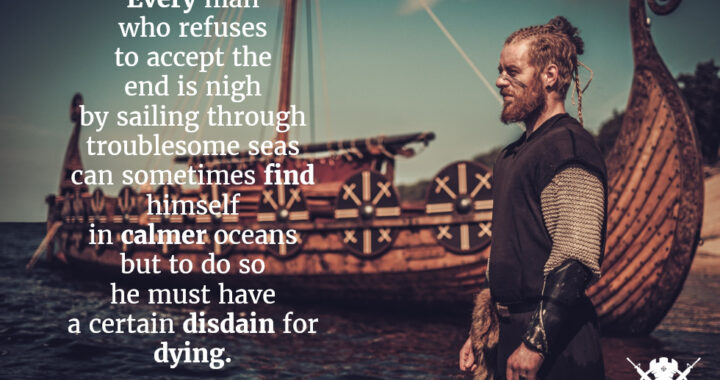