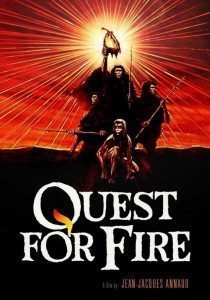 The book is about early humans and their struggle to control fire. As one writer noted, “Quest for Fire convincingly creates the world of the past and believably molds its characters” who have a limited understanding of the world around them.

It’s a fascinating movie. Good action, no chop-sockey and gun-play, but enough adventure to keep viewers enthused. Our less than capable protagonists must find fire in order to survive the very brutal world they live in. A very harsh life indeed. The reason I found the movie so funny and still do is I imagined the characters as an ancient trio of characters from the television series the Three Stooges.

We don’t get Moe, Larry or Curly but we do get a young Ron Perlman, he of Hellboy and Sons of Anarchy fame, before he struck it big as an actor. 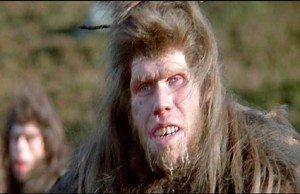 Our serious movie drama unfolds with the apelike Wagabu tribe fighting Perlman’s tribe known as the Ulam. From here things take a turn for the worse as the losing Ulam tribe must flee the attacking Wagabu tribe.

While running from the ferocious attack the Ulam’s fire-tender crosses a marsh and accidentally extinguishes the tribe’s remaining embers. From here this is where their journey begins.  The Ulam have to find fire and do all manner of things to survive. They must:

Sure these scenes are funny to me. Maybe it’s not funny to you. But let me ask something. What is your quest for fire? What is the one thing in your life that possesses you?  What is the thing you must have like water or air and not a thing will stop you from seeking those out? Why are you not a fire-breathing dragon and why aren’t you doing something to get there? Are you relentless?

In this day and age of social media there are savvy people spending a lot of time posting images of themselves living the dream but are they really doing what it takes to get where they want to go? They might fool some admirers into believing they’re hitting the weights, running miles into the ground or shooting daily on the gun-ranges but real work begins far away from the camera. As Muhammad Ali noted:

“The fight is won or lost far away from witnesses – behind the lines, in the gym, and out there on the road, long before I dance under those lights.”

A quest isn’t something you’re doing because it’s fun. You’re doing it because it’s necessary and likely to be perilous, difficult, life-altering and perhaps deadly. Nothing wrong with posting pictures but don’t go through life being a faker. Find a task and a purpose and be relentless seeking success.

The original fire seeker, Prometheus sought out the life-giving energy, and as a benefactor to human-kind he was punished by Zeus with eternal suffering. The influence of the myth of Prometheus extends into our modern time and likely will even after we’re gone.

Do you have a quest for fire? Do you have something that burns in your belly, day in and day out? Do you have raging insomnia over it to the point where you have to get up to work on that project? Are you out there training in the rain, snow and heat while your friends are pounding back the beers?

A quest could be to become a Navy SEAL or a SWAT officer and after that continue to keep that fire. A quest could be to share your wealth of leadership knowledge with those who have forgotten how to lead. Is your quest something that will inspire and transform others in a positive and lasting manner? 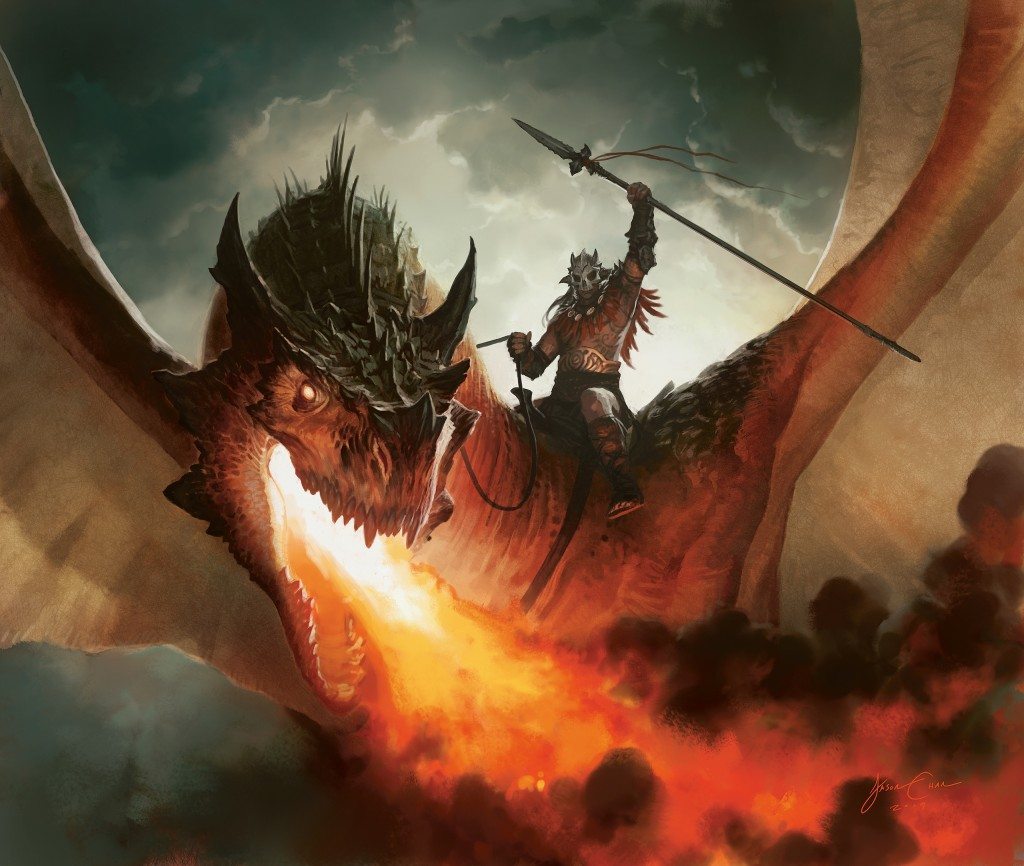 What is it that drives you?

And if you don’t already have a fire in your belly or a hunger for that belly-fire then why not?

What the hell is stopping you from breathing like a dragon?

I always go back to this quote, “writers write and painters paint.” They don’t work on anything else. Being locked away in jail without the ability to write or paint shouldn’t stop you from having a hunger. In fact you should become more hungry.

Get up man and live your life!

Are you willing to flee wolves and fight cannibal tribes in order to obtain the fire? Are you of the conviction that without that fire you are likely to die? How many Americans today are already dead? They’ve become zombies, spectres, and shadow of themselves. Many military personnel have been thrown some serious curve-balls and have legitimate reason to feel stuck. With the proper care  many of them get out of the rut. We as a spoiled society can learn a lot from them. What is stopping you from trying to be the best that you can?

Don’t let setbacks in life prevent you from getting up again on the pitcher’s mound. Don’t give up! Find a way to get through it all. 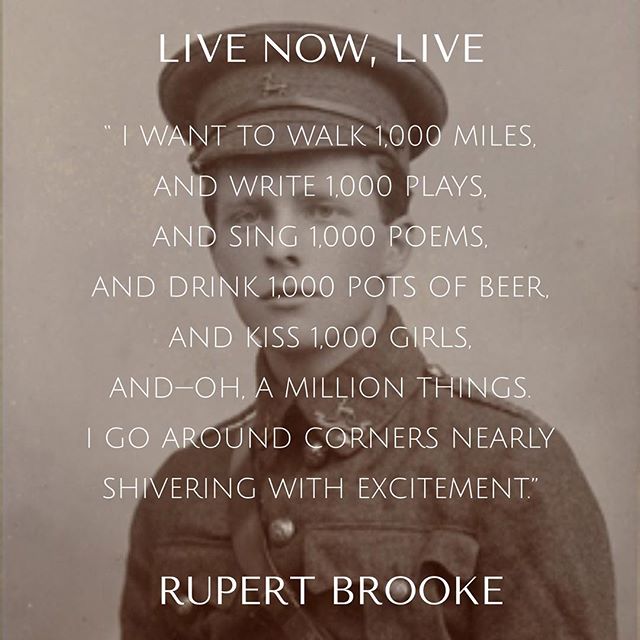 Rupert Brooke, English poet and WW1 soldier, had lofty dreams. He made efforts to make them real. He once wrote,

He could not contain his enthusiasm. He could not stop the feelings of excitement. Brooke as we all well know perished from an insect bite on a ship in the Aegean Sea and was buried in an olive grove on the Greek island of Skyros. Brooke symbolized the tragic loss of talented youth during the War but he lived life on his terms.

Do you recall how you used to feel when you were young and didn’t let life get the best of you?

What is a quest? A quest is a journey towards a goal and it appears in the folklore of every culture.

Some of these quests were quite ambitious. I can’t tell you what your quest should be but I can tell you a few steps to get there:

Get a quest for a fire. It’s either that or succumb to living life with troubles and doubts. Where do you want to be? Become  a Prometheus and effort to change the world. 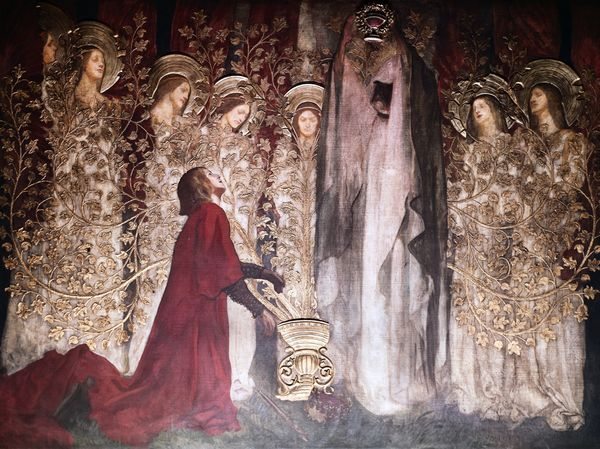 Extinguish the brilliance of mistakes and begin aknew

Heavy to live in this old wild world

Two identities borne with patience forever have been swallowed

Revivify! Revoke the light, nothing will be followed.

Upraised thy hands cup ether, for the last drink of sorrow

Bow thy head properly, soberly to meet the mad morrow.

Buoyant waves wash fairly the gentle face of a boy

Inchoate, echo the sounds of heterodyne dreams coloured with Gods and Monsters

Snapdragon tailed, arcs so dark, strangle the God of Thunder

Healer bound but choked in joy, with each eternal turning.

Predetermine being, prefabricate the essence, now the mortals glow

Baffled, burdened hear the loud laments the freedom of mortality!

Painful grace these events; stand upon the proscenium with glorious mad duality.

Alight! The stage in surreptitious splendour;

These voices must be heard! 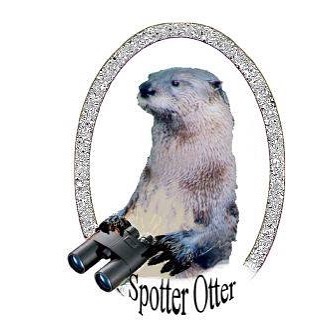