When it comes to veterans starting their own business I am always intrigued. Because I am running my own company I want to do all that I can to help out; running your own shop is a lot of work but the reward is great. Having the ability to work for yourself while helping others is something many veterans strive for and can be a great labor of love. Some very successful companies in the United States have been started by veterans with just an idea and a lot of hard work.

Being able to count on a few buddies to help out with labor can go a long way and in the end a business can turn into something that becomes a large part of American culture.

They don’t all succeed but the ones that do can succeed greatly. Here is a list of some very well-known companies created by veterans:

Some of the companies out there making a big impact today on military culture and pop culture are Brandon Webb’s Force12Media, Marty Skovlund Jr’s Blackside Concepts for starters. Gruntstyle,  Art15 Clothing are also making a name for themselves as well. Why are these companies successful? How about good work ethic for starters? Being an Army Ranger or Navy SEAL can teach a person a lot about good leadership and resilience. Not all vets have that background but here are a few facts many vet-run businesses do have in common:

They want to promote veteran and first-responder businesses all across the United States. That, to me, is a good thing. I can’t argue with that. 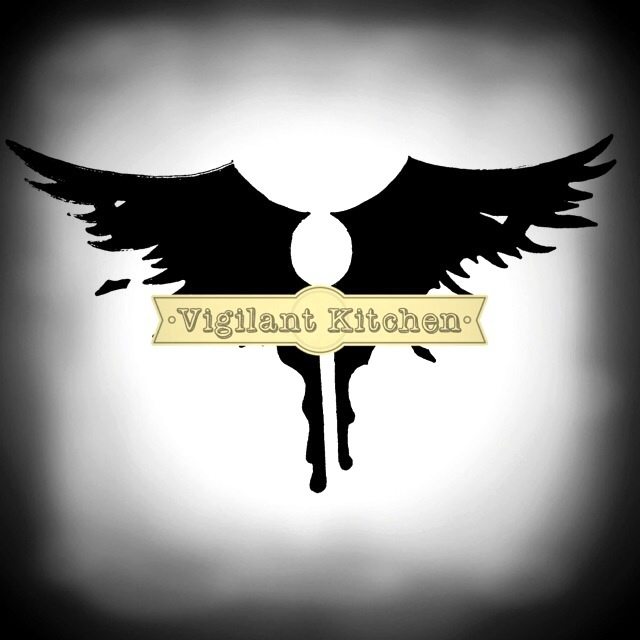 How are they going to do this? Well that’s the tough part but putting a U.S. Marine in charge of it all might not be a bad idea. Enter Steve Thompson.

“Steve Thompson spent 8 years in the Marine Corps, serving in the infantry and deploying multiple times to the Middle-East.  In 2010 he was told his time with the Military was over due to injuries sustained in combat.  Like many Veterans, he let his PTSD get the best of him and he slipped into a state of depression.

He couldn’t find work and was going through a divorce.  After a few years of trying to find his place in the world he re-married, had a couple kids and discovered that he was passionate about food and the cooking process. He also discovered a Veteran community.  After talking to a few fellow Veterans over a bottle 4 Spirits Bourbon, he thought, “This is really good whiskey, made by Veterans, and so few people know about it.  How can I change that?”  It was at this point that the idea for his show was born. He called it Vigilant Kitchen.

Their mission is to create Season 1 of their series “Vigilant Kitchen”, which is a show based around bringing their viewers to the doorsteps of military veteran and first responder owned businesses all across the United States. Their show will have a bit of comedy mixed with great information about these companies, the business owners, the veterans and also be about food.  Great food, mind you.
Steve’s goal is to produce 8-10 episodes for season 1. They are raising funds for equipment and production costs.  The show will be aired as a streaming web series through “All Warrior Network” on platforms such as HULU and Amazon.  They have also partnered with a Portland based video production company to ensure their show is of the highest quality and content.

Another of their efforts is a crowd funding campaign. The goal?

They want to record a song and to make a music video for the song called, “The Fallen”. The song was which was written by Steve and another Marine Corps veteran, Sgt.Maj. David Devaney, a Marine sniper.
The song and video are meant to help veterans who struggle with PTSD and depression. Many may feel alone and have gone through tragic loss overseas.  It as well will address the issue of the 22 veterans a day that commit suicide.”
You can find more information as well as make a donation to help fund their project at:
http://www.kickstarter.com/projects/vigilantprojects/vigilant-kitchen-and-veteran-entertainment-project
http://www.veteransunited.com/network/10-businesses-you-didnt-know-were-veteran-owned-businesses/

I hope you’ll take  a look at them online and give em some support. Vets looking out for vets is never a bad thing…