I recall the first time my buddy picked me up from the Dublin airport. It was late night, the air was freezing, and I didn’t know my way around. It was my first time in Ireland. He pulled his vehicle along the sidewalk where I was standing. After giving large smiles to one another and doing a lot of back slapping we threw my bags into his car trunk and drove off. He played some obnoxious Brit pop music loudly but I was too tired to complain. A long car ride into the southern regions would give me precious time to sleep.

While he drove along the highway, I studied the roads, the street-signs and the neighborhoods through the slits of my now heavy eyelids. This country was very unknown to me but I was ready to explore it. Through my foreign eyes I could see we were cutting through the cobbled streets and traffic circles of Dublin’s city square in order to get to his home. I passed out then and there.

My buddy an all around prankster was always ‘winding me up’ and ‘taking the piss’.  20 years later and I still can’t forgive him for swooping in and grabbing the girl I was talking to during the Munster Finals hurling championship. Scumbag. The city went nuts during the win and finding joy was an easy thing to do.

We must have finally arrived at his neighborhood after our long trip because he abruptly stopped in front of a row of old cookie-cutter styled council homes.  A car was on fire and burning madly just feet from my passenger window. Immediately I became alert. A large group of teens were jumping up and down in elation, whooping, and laughing at the enormous pyre lighting the sky orange.

The laughter and cheering was deafening. “Well” he said to me, “Here we are. Let me get your bags.” I looked at him with one crooked brow and said, “Are you serious?”

“Naww…just having a laugh with you…We live on the tamer side of town. Don’t get out.” He gave an evil smile, chuckled loudly and we drove off. 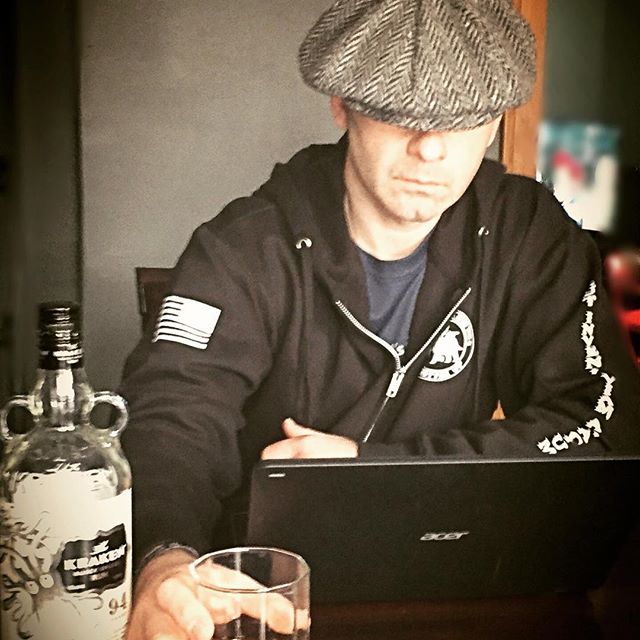 Sometimes when a practical joke is played on you, a part of your mind will tell you that something is “off”-and if it feels wrong it probably is. This feeling is called intuition. A joke between friends can be fun and harmless. I knew that something was amiss but it wasn’t serious.

Lesson 1: Know Your General Surroundings. It took me months to learn the area that I was staying in. Every night he locked his car behind chain link to dissuade joy riders from lifting his car. I couldn’t fathom how quite a few people in the neighborhood had razor blade scars across their cheek or mouth; wrong area, wrong people to piss off.

One night a bunch of lads were denied entry to a nightclub and so one of them shoved a knife into the bouncer’s thigh and they took off running. I found it exciting and hilarious. My friend was a Karateka; something popular in that region. He came to America for the tournaments and we met through mutual friends. Regardless of his skill, he was wise enough to know, a knife can cut through any boot doing a round-house kick, or any amount of trained muscle.

Head on a swivel even if you’re a local. My guide knew everyone; knew the druggies, the bouncers, the athletes and the troublemakers. Indeed there are times to relax and we did a lot of relaxing. Areas of Dublin are no different from New York or Oakland; crime happens anywhere however the kinds and types vary. Know your area; gather info before you roam. If he dropped me off in no-where land I would have been fine but it’s always best to stay with a guide if you’re incapable of defending yourself.

I like to get a map and use the internet to study the area before I arrive. Before I head out the door of my hotel I learn the locations of the nearest police station and hospital. Criminals like to target tourists who are lost. Get familiar with your city map and study it in your hotel or guest room. Don’t bring it out to read while walking through town unless you really need to.

Criminals are more likely to go after individuals than groups. Traveling in a group provides a measure of safety however it doesn’t give you license to act as if you’re invincible. I still recall a story from my youth when I traveled into Mexico. One of the tallest, largest and most muscular serviceman I’d ever known got into a bar fight and was simply overwhelmed by the large pack of attackers. More than 20 attackers gave him the beating of his life because he’d dared to insult their country. He was close to death after the beating a bunch of close-knit locales gave him. We were forbidden from going into certain bars. Remember the saying, “strength in numbers”? Sometimes circumstances don’t allow this but travel with a friend if you can. This means the beatings can be distributed equally among brothers.

Story 2 I still recall the time when I was drinking alone in a pub in a seaside village, making small talk with a local girl. The general questioning began, “Where are you from, what do you do, where are you staying?” I smiled back and looked suspiciously over her shoulder. I could see four men seated at the other side of the pub counter and they were giving me the fiercest look. She looked at them, looked back at me, and said, “Ignore them. They’re jealous.”

Her girlfriend squeezed my tricep and whispered to me, “get a move on”. The object of my affection’s ex-boyfriend was going to kick my head in; they drunkenly and brazenly pointed me out to other locals at the pub; Snagglepuss, “Exit, stage right.” I don’t need rockets and road- flares to see where this was going. I gulped my beer and left quickly; my tail between my legs but my face handsome as ever.

Lesson 2: Situational Awareness. No doubt a story like mine has happened to a million travelers the world over. Was the group going to stomp me; likely. What else could have happened? I don’t know-but here are a few pointers:

I was just a hapless and unimportant tourist, and not Jason Bourne. However, I didn’t want to be the victim of a robbery or head-stomping. Be aware of the people in the room and what they are up to. 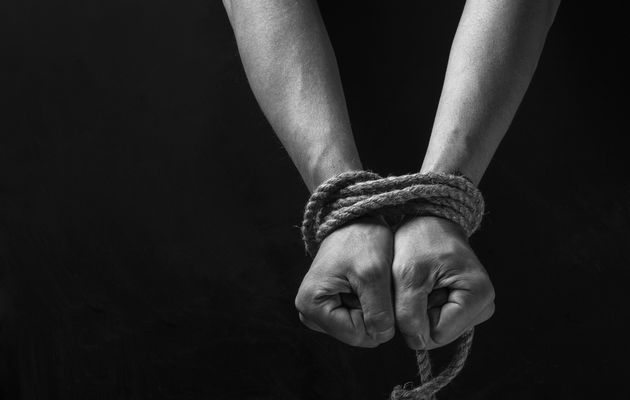 Story 3 Once as I was sleeping in the Paris metro station I was jostled awake by a girl wearing a shayla. In broken English she began to pepper me with questions. “Hi how are you? Do you have a girlfriend? I’m looking for a boyfriend. My uncle beats me all the time and I need a strong man.” If this was her attempt at seduction it was clumsy and bizarre. I looked around the train station to see if I was being watched. I got up and walked off with my belongings. She shouted, “Hey! Where are you going! My uncle will beat me and I need a friend!” I kept walking. I was too tired to figure this out. And I wasn’t curious enough to see where it could go.

Lesson 3: Stay in well-lit and populated areas As a tourist, The Classic Mugging, the Forced Tip, The Inflated Price Scam, and the Wrong Change Scam, are more likely to happen to you then a kidnapping. Kidnappings happen in more desolate regions like Mexico, where human trafficking and drug-dealing is huge, but that doesn’t mean it can’t happen in a metropolitan city. Be alert wherever you go. That goes without saying. Stay in areas where other people can observe what follows if your situation goes ‘southward’. You might get the best beat-down in your life, but make sure that the guys who are landing the blows on your head and jaw can be observed by witnesses. And while you’re at it, make sure you give back as good as you get. Criminals are less likely to target you where they are likely to be seen. Stick to public venues where exits are close by. 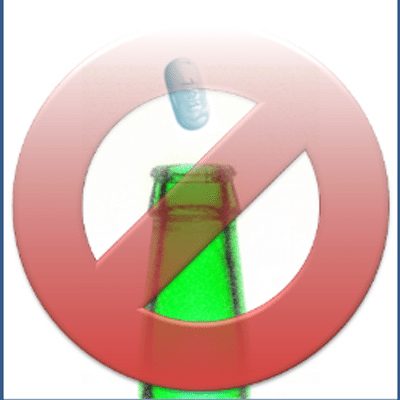 Story 4 Big T can attest to this story that happened at his disco in the village. Robbie had a Micky Finn put in his beer. That’s a drink laced with a psychoactive drug or incapacitating agent. The next thing we know Robbie is thrashing on the dance floor, wrestling and punching people, while club security is holding him down. Three men couldn’t take him to the floor easily in order to keep Robbie from hurting himself or bar patrons.

Unfortunately Robbie punched a girl in the mouth. Big T desperately forced all of the patrons out of the bar while Robbie was being tended to. The woman in turn got her relatives and nearly 30 of the town locals tried to break the bar door down. Big T tried to reason with them, through the oak doors, for 40 minutes. The gardai never showed up to diffuse the screaming mass of angry men. I sure hoped everyone would sober up and go home. No wonder why everyone used a thumb to cover the mouth of their beer bottle.

I once saw a tourist get mouthy with a local. At first the man was loud and rude with the serving staff and then he went on to loudly tell a “local” how stupid all Irishmen were. A few minutes later the local came back with three friends and gave him a really good thrashing on the sidewalk as we were exiting the pub. If you don’t know the culture, the locale and where to go for help, try not to bring attention to yourself while at work or play. And don’t be rude, even if you can seriously handle yourself. No one likes losers.

Lesson 4: Be on the Side of the Sensible Team Thankfully Big T was sensible and his guys brave. After about 3 hours the screaming parent of the woman and the locales listened to Big T’s reasoning and left the pub. It all got sorted out the next morning because of Big T’s good reputation. Robbie of course was never coming back to that village. You ever been with a group that was out seeking, fun attention and danger? That’s not the group you want to be around. Hang out with the sensible ones who know how to diffuse a bad problem, how to handle danger, and how to make peace.

Here are a few more lessons for those travelling.

Again, traveling overseas can be fun. Crime can happen in Ireland as well as in America. Both great places have lots of culture and fascinating history. Enjoy it, but use common sense and remain vigilant.

1 thought on “Travelling Abroad: Mind Your Manners While Staying Alert”