Anyone familiar with the 1968 movie titled The Green Berets, starring the late actor John Wayne, is likely familiar with the patriotic song used in the film. The ballad is called “The Ballad of the Green Berets” and in 1966 it was the most popular song of the year in America. This song commemorated the fighting men of the U.S. Special Forces then doing battle in the Vietnam War. In that year it was more popular than anything on the music charts coming from the Rolling Stones, the Beatles, the Beach Boys or from any of the girl bands and it spent five weeks at No. 1. It’s been stated that nine million singles and two million of the album were made and sold. The song was No. 1 for five weeks.

The top Billboard Hot 100 single of 1966 wasn’t The Rolling Stones’ “Paint It Black” or the Beatles’ “Yellow Submarine”–it was “The Ballad of the Green Berets,” a hyper-patriotic tribute to the men of the Special Forces by Vietnam veteran, U.S. Army Staff Sergeant Barry Sadler. But Sadler’s clean-cut, all-American image hid a darker side, a Hunter Thompson-esque life of booze, girls, and guns.

Unable to score another hit song, he wrote a string of popular pulp fiction paperbacks that made “Rambo look like a stroll through Disneyland.” He killed a lover’s ex-boyfriend in Tennessee. Settling in Central America, Sadler ran guns, allegedly trained guerrillas, provided medical care to residents, and caroused at his villa. In 1988 he was shot in the head in Guatemala and died a year later. This life-and-times biography of an American pop culture phenomenon recounts the sensational details of Sadler’s life vividly but soberly, setting his meteoric rise and tragic fall against the big picture of American society and culture during and after the Vietnam War.

The song was written by then Staff Sgt. Barry Sadler while he was training to be a Special Forces medic. Sadler was helped along by fellow writer and Special Forces soldier Robin Moore. Moore has an interesting story as well but we’ll save that for another time. Moore wrote the book The Green Berets. He wrote some of the lyrics to the song and also helped Sadler get a recording contract with RCA Records. Sadler performed the song on television on January 30, 1966 on The Ed Sullivan Show.

The story goes that a soldier named Gitell heard Sadler sing the song and Gitell brought Sadler to see the commander of the Army Special Warfare Center at Fort Bragg, N.C. The commander, General William Yarborough, loved it and gave Sadler permission to go to New York and sign a songwriter’s contract. It is noted in history that, “The lyrics were written, in part, in honor of Green Beret U.S. Army Specialist 5 James Gabriel, Jr., the first native Hawaiian to die in Vietnam, who was killed by Viet Cong gunfire while on a training mission with the South Vietnamese Army on April 8, 1962. One verse mentioned Gabriel by name, but it was not used in the recorded version.” Stars and Stripes has a really in-depth look at Sadler’s background and the author of the article dispels some of the rumors behind Sadler’s short life. 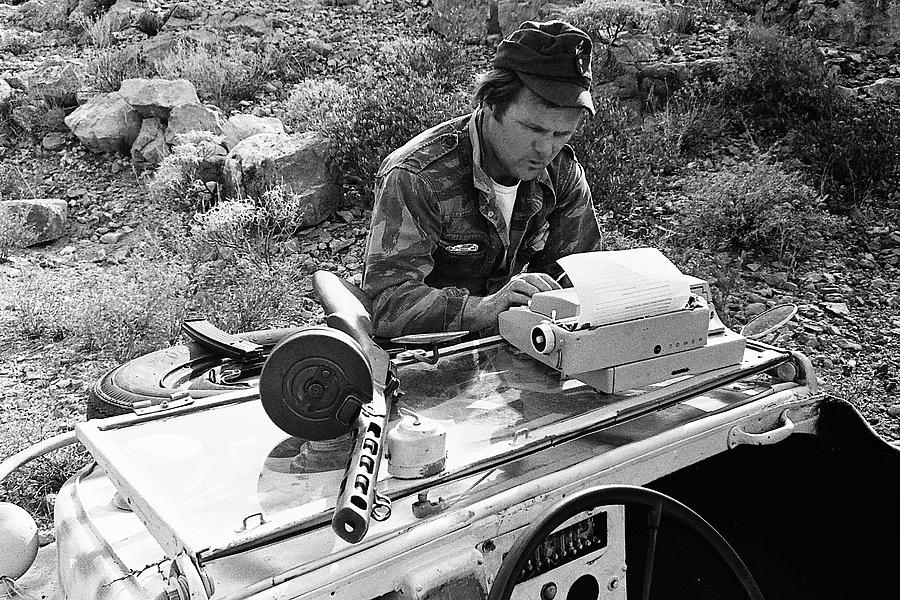 After making the song, and having some success with it, Sadler wanted to make more records but it didn’t work out as he planned. In fact nothing that he planned worked out. He opened a failed bar in Tucson, Arizona and many other attempts at beginning his own business was met with further failure. A Hollywood Vietnam War screenplay went nowhere and he soon found himself writing books. This proved to be mildly successful for Sadler. He focused on writing a series of fantasy books called the Casca series.

The series focused on the life of Casca Rufio Longinus, a soldier of the Roman legions, and he is cursed to walk the world as an immortal until Jesus Christ returns to earth. The tale begins when Casca drives a spear through Christ’s side at his crucifixion at Calvary and is therefore cursed to live forever. You may recall the story of a Roman soldier stabbing Jesus with his spear in an attempt to relieve Jesus of his pain and suffering. After Casca does this Jesus speaks to him and says, “Soldier, you are content with what you are. Then that you shall remain until we meet again. As I go now to My Father, you must one day come to Me.” Blood from Jesus trickles down onto Casca’s spear and onto his hand. He unknowingly tastes the blood after wiping sweat from his mouth and convulses in pain. He becomes immortal although he can feel all pain inflicted upon him. He does not age. Casca wanders the world aimlessly for centuries.

What makes the story compelling is Casca as an immortal man meets many interesting characters on his journey through history such as Hitler or Attila the Hun. Many of Sadler’s ideas have been lifted by Hollywood. His first book titled The Eternal Mercenary is his best book. The book starts out with our character Casca in Vietnam. He is a soldier laying in a cot in a field hospital. He has multiple gunshot wounds and a large mortar shell fragment lodged in his skull and into his brain. A surgeon, named Dr. Goldman stationed with the United States Army at the 8th Field Hospital in Nha Trang, cannot believe what he sees. The soldier laying on the cot should be dead from his wounds but instead the man is quickly healing. Casca sits up, asks for a cigarette, and starts to tell Goldman his story.

Casca is highly skilled in weapons and can master any language. Here is a list of some of the characters he met waiting for Jesus:  Jesus Christ – book 1, Niccolò Machiavelli – book 3, Adolf Hitler – book 4, Shapur II – book 6, Attila the Hun – book 7, Hernán Cortés – book 10, Moctezuma II – book 10, George Armstrong Custer – book 46. There are many more in the series. Sadler wrote some of the early novels in the series while the others were assigned to ghostwriters.

On December 1, 1978, Sadler killed a country music songwriter named Lee Emerson Bellamy with one gunshot to the head. Darlene Sharpe, who was Bellamy’s former girlfriend, and Sadler’s lover at the time, received many harassing phone calls from Bellamy. Sadler and Sharpe had one violent confrontation in a Nashville bar’s parking lot which eventually led to a deadly encounter. Sadler testified in court that he saw a flash of metal in Bellamy’s hand. Because he believed it to be a gun he killed Bellamy and then placed a handgun in Bellamy’s van in order to strengthen his claim of self-defense.  After a plea bargain, on June 1, 1979, Sadler was convicted of voluntary manslaughter. Sadler’s legal team worked to lower the sentence from the initial 4 to 5 years in prison down to just 30 days in the county workhouse. Sadler served 28 days. He was later sued by Bellamy’s stepson for wrongful death and was ordered to pay compensation of $10,000.

In 1984 Sadler moved to Guatemala City. He continued to write and publish his Casca books. Sadler provided free-medical treatment in rural areas. While sitting in a taxicab in Guatemala City he was shot in the head. Friends and family believed he was shot by a robber or an assassin while witness state he shot himself. Bob Brown the publisher of Soldier of Fortune magazine paid for a private jet and had Sadler flown to the United States for treatment. He was operated on at the Nashville Veterans Administration (VA) Hospital, and remained in a coma for about six weeks. Sadler emerged from his coma had suffered significant brain damage and was a quadriplegic.  He was removed from the hospital by two former Green Berets and his mother and moved to the Cleveland VA Hospital for specialized treatment. He never recovered from his injury and died of cardiac arrest on November 5, 1989, four days after his 49th birthday. 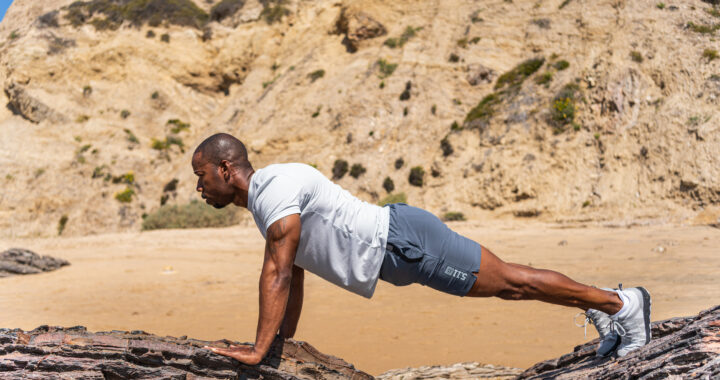 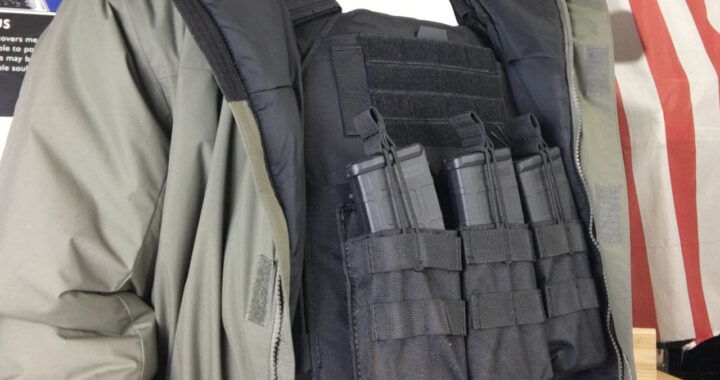