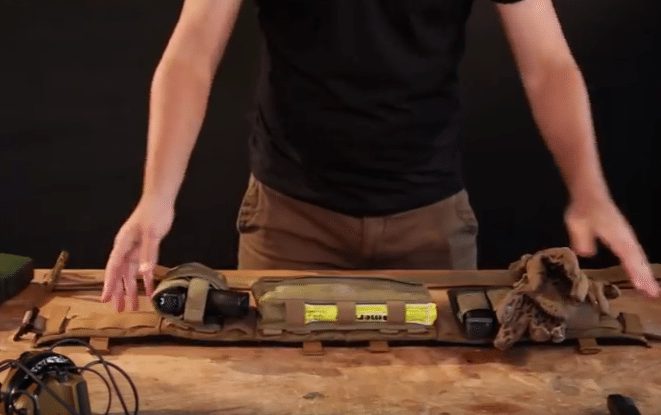 Tasmanian Tiger announced its new series of product videos. The idea behind this unique request from Tasmanian Tiger was simple – A visual communication bridge for the distributors around the globe and eventually – the end user itself.

After months of writing concepts, arranging the team and up to 16 hours filming a day – we finally finished the first phase of filming a series of videos for Tasmanian Tiger.

At the moment only 3 of those products are online – but much more is coming.

While we have several other projects on our hands, I gotta say that this one was the most challenging from both technical & artistic point of view. Thank you for Tasmanian Tiger for giving us another project to play with, and special thanks to the team who together, made it happen.

The TASMANIAN TIGER was the largest carnivorous marsupial on the Australian continent. It was about the size of a small wolf and owes its name “TASMANIAN TIGER” to its striped coat which served as camouflage. The animal was a predator – not very fast but extremely persevering – and followed up on its prey at night, chasing it down until it was exhausted so it could finally snatch it. Equipped with a superior set of teeth and a mouth which it could open up to 180 degrees, the animal showed no mercy for its prey.

The TASMANIAN TIGER is said to be extinct on the Australian continent since the 1930s; the last species lived on the island of Tasmania. In 1966, a large sanctuary had been opened to provide them with a retreat area, and to preserve the species. No TASMANIAN TIGER has been sighted since, but quite a few people believe that the animal has managed to survive in this sanctuary, having escaped discovery.

In this mythical legend, the specific attributes of the animal – will to survive, hunting instinct, perfect camouflage, cleverness, strength and perseverance – manifests itself. These attributes have prompted us to give our products the name TASMANIAN TIGER.

The TASMANIAN TIGER line today includes an extensive collection equipment for tactical applications, police operations or gear for outdoor use.

PRODUCT DESIGN – One idea, one team
An in-house design team is constantly cooperating with the users of our products as well as our material suppliers. Specific materials are chosen to meet the highest demands in terms of functionality, resilience and security. Constant input from men and women in active services ensures the practical demands asked of our products are optimally integrated into the manufacturing p rocess during the development phase.

MANUFACTURING – Own Production
From the initial prototypes all the way to articles ready for production, TASMANIAN TIGER products are conceived and developed in-house and manufactured in our own production facility. In this way, we can intervene, change and enhance the products at every stage of the manufacturing process. This is the only way to ensure the highest possible quality standards.

All manufacturing processes – from the purchase of materials and manufacture all the way to the final quality control – are precisely defined by us and controlled according to international standards.

TASMANIAN TIGER constantly strives to extend its product range and to optimise existing items so that we are able to offer our customers uncompromisingly good equipment both today, and in the future.