Movie viewers familiar with the films Blade Runner or Ghost in the Shell might recall the holographic images of geisha girls or gold fish mixed within the futuristic cityscape. The holograms are enormous advertisements that move as if they are alive. 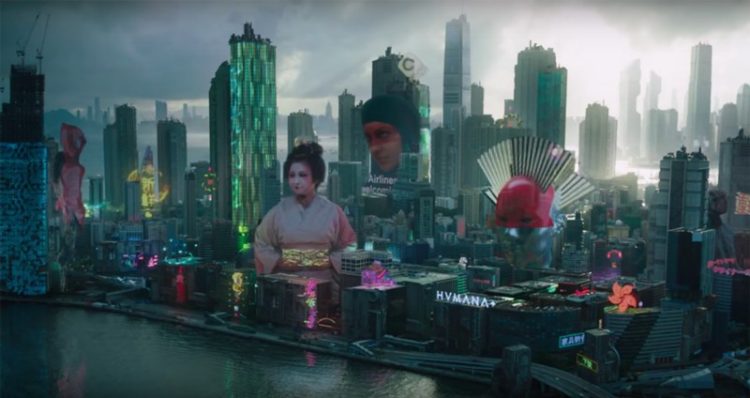 Today blimps are used commercially to promote companies advertisements from the side of the vehicle as they fly over stadiums during sporting events. The tried and true method of towing long banners from the rear of airplanes hasn’t changed much at all. There is a new display set to go live for customers coming sometime in March of 2019.

A Japanese telecom company named NTT DOCOMO just revealed something that will have many brand owners lining up to use it should it come to fruition. NTT DOCOMO developed an  unmanned aerial vehicle (UAV, or drone) that is housed inside a spherical frame which holds curved LED strips. 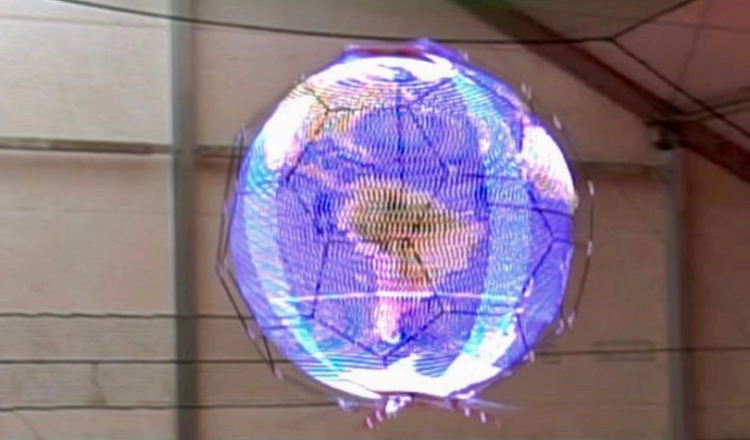 Image of the Drone from NTT DOCOMO

An illusion of a spherical screen is created when the LEDs spin rapidly during flight. On April 29-30 during the Japanese internet culture festival named the Niconico Chokaigi conference the drone display was showcased. The drone should be available for commercial use come March 2019. The displays could be used at sporting events.

What if they could be used to scout and mark hot zones and transmit the data from a satellite above to the commander standing below cliff walls peppered with enemy fighters? Think of the opening scene from the movie Saving Private Ryan and how real-time, eagle-eyes, might have helped the soldiers see the enemy from an aerial perspective. What if images were broadcast to troops doing tactical planning?

What if the drones could follow doctors and hover bedside to beside while posting live data on each patient. The drones could give stunning, detailed information and replace ‘clipboards’ or reduce the need to have multiple machines. The images do not have to be orbicular.

What if they could float, recon and then depict traps, dangerous terrain or project alternate routes for climbers. The drone could hover right above someone scaling a wall and post images of what lays ahead while another further abroad gathers info. It might save lives.