The movie was directed by Magnus Martens (United, Svein and the Rat, and Jackpot) and it’s described as a “provocative and authentic portrayal of an emergency response operation.” The synopsis reads:

Tom Buckingham (Heughan), a special forces operator, is taking Dr. Sophie Hart from London to Paris to propose. When their train is deep inside the Channel Tunnel, Grace Lewis (Rose) and her team of heavily armed war criminals seize the train and hold hundreds of passengers hostage. Grace threatens to expose the British governments darkest secrets and blow up the Channel Tunnel if her ransom demands are not met. Unarmed and cut off from his counter terror team, Tom is the only hope that Sophie and the other passengers have to make it out alive. 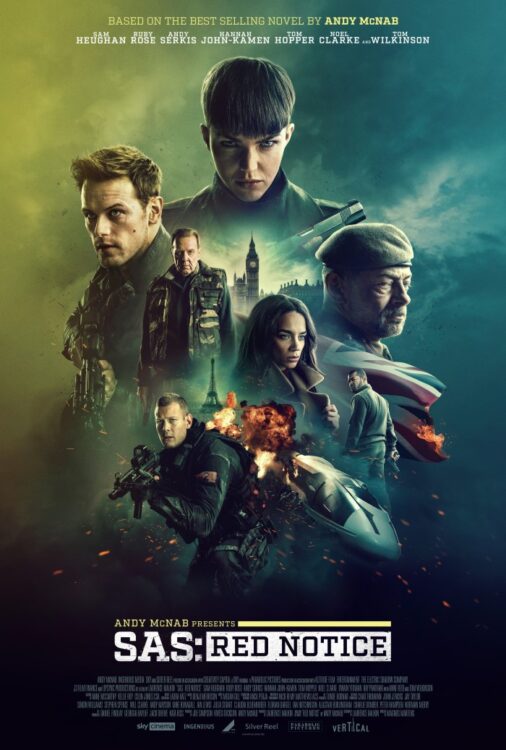