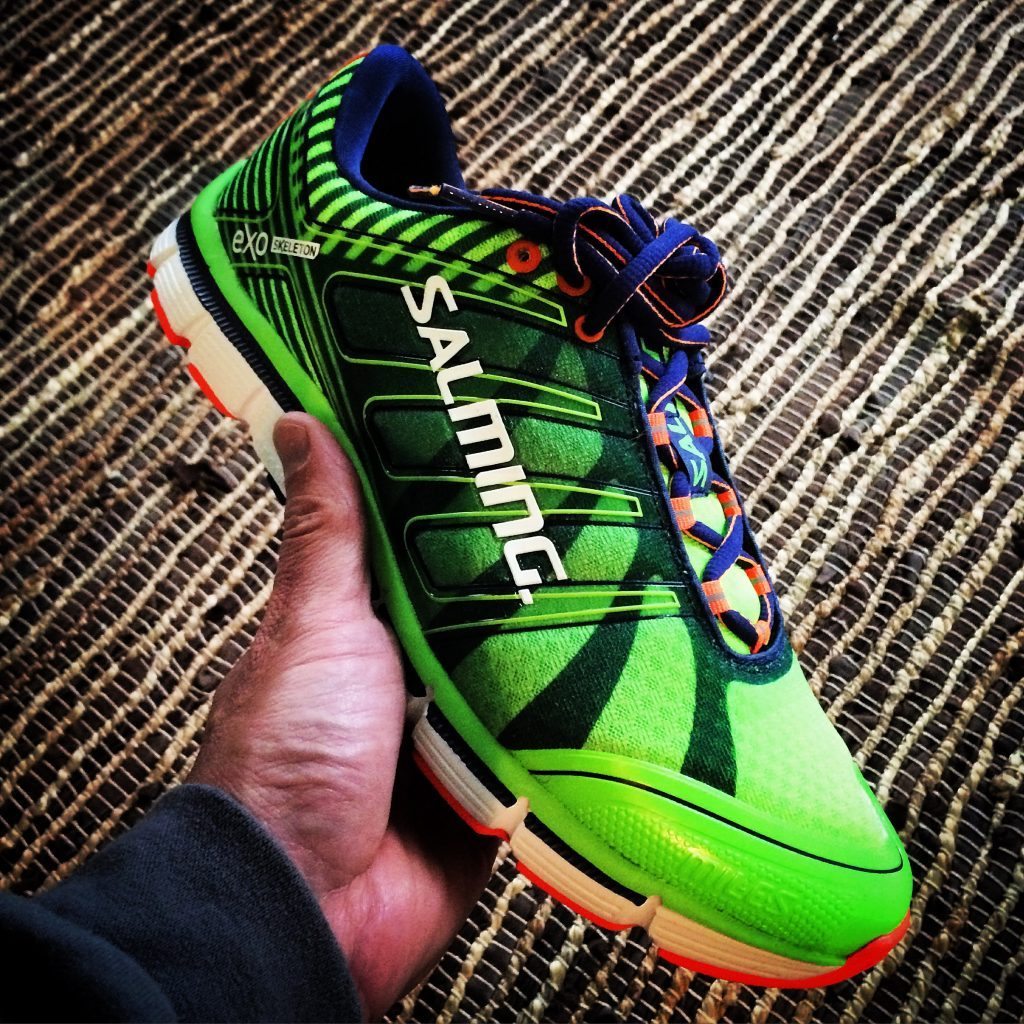 The Salming Miles is one of the new additions the Salming line and the most heavily cushioned shoe that Salming offers.  It stays true to the Salming story with a 4 mm heel toe drop but has plenty of plush cushioning in both the heel and forefoot while staying remarkably light for its category.

Although I was never a fan of the minimal running shoe movement I have always tended toward a little less shoe so the Miles was definitely going to be one of the highest cushioned shoes in my arsenal.  The majority of my running is also on trails so I did not foresee myself using this shoe more than a couple times a week, a long run on the dirt roads and any time I was pushing the stroller.  As it turned out I hurt my ankle right after getting these shoes and had to stay off the technical trails for a while so these shoes got A LOT of miles!

Here are the features of the Salming Miles shoe:

As I said previously I tend toward a little less shoe than the miles so I wasn’t expecting to like it as much as I did.  Right off the bat though the shoe fit well, it had more room in the toe box than expected which is something I always like in a shoe.  Also It was a lot lighter than other shoes in the high cushioned neutral category, and as the manager of a run specialty store for 6 years I have seen them all.

The heel seemed a little loose but simple lacing fixed that and I was off!  I was not expecting to like these shoes as much as I did the first time out.  The ride was incredibly smooth, which may not be the case for everyone since biomechanics differ, but for me this was one of the smoothest shoes I have ever worn, and although it is lighter than other shoes in its cushion category it still packs just much cushy feel without compromising energy return.

After several hundred miles (this became my go to shoe) the Miles is performing just as well as it did out of the box.  If you are a neutral runner looking for a cushioned shoe that doesn’t drag you down this shoe is definitely worth a look!  With how much I liked this shoe I can’t wait to get my hands on some of Salming’s trail shoes! 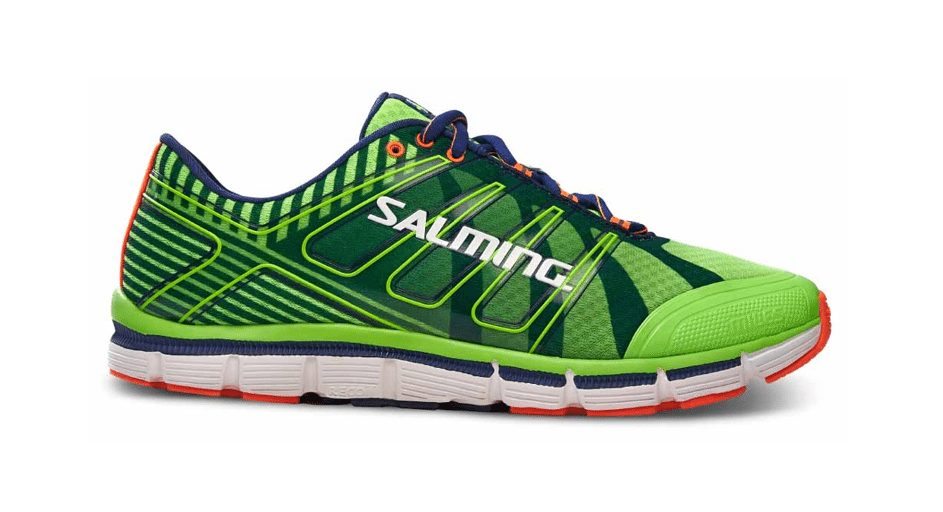 The purpose of the Salming Miles running shoe is to add a more cushioned shoe without compromising the Salming concept and principles. It is built to stand the tear and wear of long distance asphalt and tarmac running.

Miles has a Drop 4mm construction but compared to the popular and award winning Distance model, Miles has more heel and fore foot cushioning and the new responsive Recoil midsole compound.

The toe box is more roomy than on Distance in order to provide a possibility for the fore foot to expand properly in the landing phase, making it more effective in a biomechanic perspective.