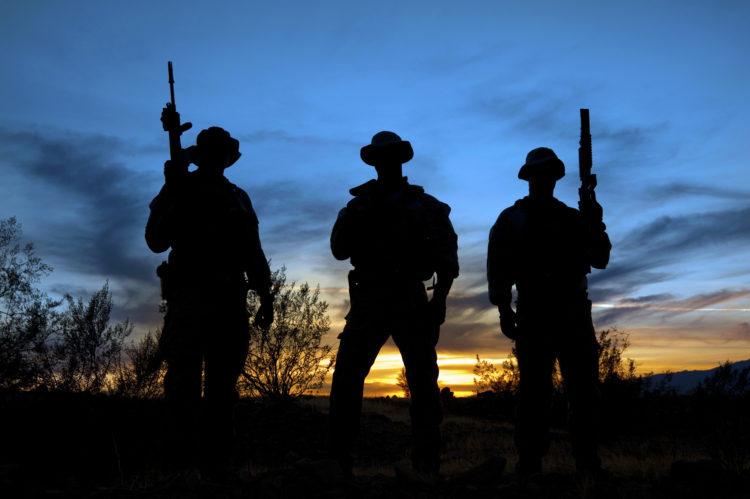 For those of you who have taken a Red Frog course it’s likely you’ve heard me talk about how to move out rapidly with a rifle or pistol. Guns Up is the position, and I’m going to be blunt, anything else is just plain stupid. There is a better way.

It seems everyone wants an insider tip on how to perform like a SEAL, here’s a tip, don’t run with your pistol tucked into your chest, and don’t run with your rifle as if it’s a football. Don’t run with your rifle pointed into the dirt, if you take a spill the barrel is likely to be impacted with dirt. If you stand up to maneuver as a group there is virtually no way to prevent flagging each other if your low port, or pointed down. There are a lot of goofy things going on out there but this tops the list.

The SEALs have been running “High Port”, or “Guns Up” since the Vietnam era. In the early 2000’s 10-Gun terminology was implemented as part of a combatives system the SEALs used for extensively for about 15 years. 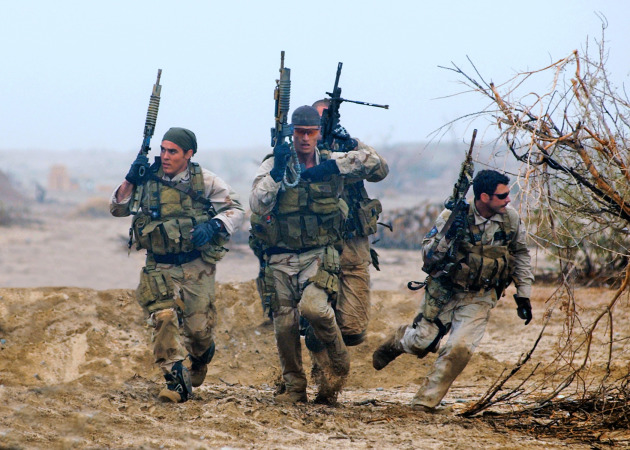 The Guns Up position found it’s way from outdoor open terrain, to indoor CQB/CQC environments. The 10-Gun, High Port, or Guns Up position has been adopted by at least one elite government organization that I know of.

The organization I speak of is comprised of special operators from all branches of service, Marine Force Recon, MARSOC, PARARESCUE, SEALs, RANGERs, and Special FORCES. I’ve never personally met anyone who did not see an advantage to running Guns Up in some situations, this includes indoors and in the shoot house, in addition to MOUT, and Immediate Action Drills.

The principals taught at Red Frog transfer across all disciplines, CQB/CQC, Immediate Action Drills, Combatives, Concealed Carry, and more. The curriculum at Red Frog is designed to inform and educate folks on the right way do things, tactics techniques and procedures meant for real world gun fights. 2 thoughts on “Running with GUNS UP from Red Frog Team”