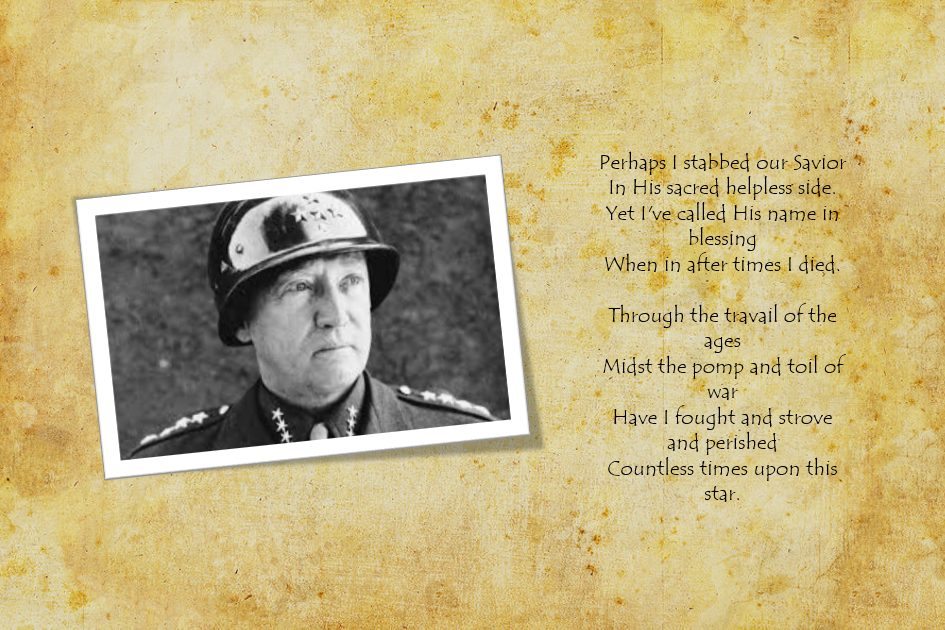 Through a Glass Darkly,

Perhaps I stabbed our Savior
In His sacred helpless side.
Yet I’ve called His name in blessing
When in after times I died.

Through the travail of the ages
Midst the pomp and toil of war
Have I fought and strove and perished
Countless times upon this star.

I have sinned and I have suffered
Played the hero and the knave
Fought for belly, shame or country
And for each have found a grave.

So as through a glass and darkly
The age long strife I see
Where I fought in many guises,
Many names – but always me.

So forever in the future
Shall I battle as of yore,
Dying to be born a fighter
But to die again once more.

I am that dreadful, blighting thing,

I know no mercy and no truth,

The young I blight, the old I slay.

Regret stalks darkly in my wake,

And ignominy dogs my way.

Sometimes, in virtuous garb I rove,

With facile talk of easier way;

Seducing where I dare not rape,

Again, in awesome guise I rush,

Stupendous, through the ranks of war,

Turning to water, with my gaze,

Hearts that, before, no foe could awe.

The maiden who has strayed from right,

To me must pay the mead of shame.

The patriot who betrays his trust,

To me must owe his tarnished name.

I spare no class, nor cult, nor creed,

My course is endless through the year.

I bow all heads and break all hearts,

All owe me homage — I am FEAR.

When all hearts are opened,

And all the secrets known,

When guile and lies are banished,

And subterfuge is gone.

When God rolls up the curtain,

When the ghastly light of Judgement Day,

Brings past and present near…

Then shall we know what once we knew,

Before wealth dimmed our sight,

That of all sins, the blackest is

The pride which will not fight.

The meek and pious have a place,

But valor pales their puny rays,

As does the sun a star.

What race of men since time began,

Has ever yet remained,

Who trusted not it’s own right hand,

Or from brave deeds refrained?

Yet spite the fact for ages known,

And by all lands displayed,

We still have those who prate of peace,

And say that war is dead.

The laurels from the brave,

They speak of those who love,

And murderers slain to no avail,

With infamy without a name,

They mock our fighting youth,

Battling for right and truth.

Woe to the land which, heeding them,

Let us, while willing yet for peace,

So when our time of battle comes,

We shall not fear to die.

Make love of life and ease be less,

So shall our patriotism be

More than an empty roar.

For death is nothing, comfort less,

Valor is all in all;

Base nations who depart from it,

Shall sure and justly fall.

God of our Father, who by land and sea has ever

Led us on to victory, please continue your inspiring

Guidance in this greatest of our conflicts.

Strengthen my soul so that the weakening instinct of

Self preservation, which besets all of us in battle,

Shall not blind me to my duty to my own manhood, to the

Glory of my calling, and to my responsibility to my

Grant to our Armed Forces that disciplined valor and

Let me not mourn for the men who have died fighting,

But rather let me be glad that such heroes have lived.

If it be my lot to die, let me do so with courage and honor

In a manner which will bring the greatest harm to the

Enemy, and please, oh Lord, protect and guide those I

Give us victory, Lord.

The Moon and the Dead

The road of the battle languished,

The hate from the guns was still,

While the moon rose up from a smoke cloud,

And looked at the dead on the hill.

Pale was her face with anguish,

Wet were her eyes with tears,

As she gazed on the twisted corpses,

Cut off in their earliest years.

Some were bit by the bullet,

Some were kissed by the steel,

Some were crushed by the cannon,

But all were still, how still!

The smoke wreaths hung in the hollows,

The blood stink rose in the air;

And the moon looked down in pity,

At the poor dead lying there.

Light of their childhood’s wonder,

Moon of their puppy love,

Goal of their first ambition,

She watched them from above.

Yet not with regret she mourned them,

Fair slain on the field of strife,

Fools only lament the hero,

Who gives for faith his life.

She sighed for the lives extinguished,

She wept for the loves that grieve,

But she glowed with pride on seeing,

The moon sailed on contented,

Above the heaps of slain,

For she saw that manhood liveth,

Not midst the chanting of the Requiem Hymn,

Nor with the solemn ritual of prayer,

And dreamy perfume of the incensed air

But in the subtle stillness after fight,

And the half light between the night and the day,

We dragged his body all besmeared with mud,

And dropped it, clod-like, back into the clay.

Yet who shall say that he was not content,

Or missed the prayers, or drone of chanting choir,

He who had heard all day the Battle Hymn

Sung on all sides by a thousand throats of fire.

Than those the evening skies shall ever shed,

While, mingled with their light, Red Battle’s Sun

The flag for which they died.

From pride and foolish confidence,
From every waking creed,
From the dread fear of fearing,
Protect us, Lord, and lead.

Great God, who, through the ages,
Has braced the bloodstained hand,
As Saturn, Jove, or Woden
Has led our Warrior band.

Again we seek thy council,
But not in cringing guise,
We whine not for thy mercy,
To slay; God make us wise.

For slaves who shun the issue
Who do not ask thy aid,
To Thee we trust our spirits,
Our bodies, unafraid.

From doubt and fearsome bodings
Still Thou our spirits guard,
Make strong our souls to conquer.
Give us the victory, Lord.

Now in war we are confronted with conditions which are strange.
If we accept them we will never win.
Since by being realistic, as in mundane combats fistic,
We will get a bloody nose and that’s a sin.

To avoid such fell disaster, the result of fighting faster,
We resort to fighting carefully and slow.
We fill up terrestrial spaces with secure expensive bases
To keep our tax rate high and death rate low.

But with sadness and with sorrow we discover to our horror
That while we build, the enemy gets set.

So despite our fine intentions to produce extensive pensions
We haven’t licked the dirty bastard yet.

For in war just as in loving, you must always keep on shoving
Or you’ll never get your just reward.
For if you are dilatory in the search for lust and glory
You are up shit creek and that’s the truth, Oh! Lord.

So let us do real fighting, boring in and gouging, biting.
Let’s take a chance now that we have the ball.
Let’s forget those fine firm bases in the dreary shell raked spaces.

Let’s shoot the works and win! Yes, win it all! 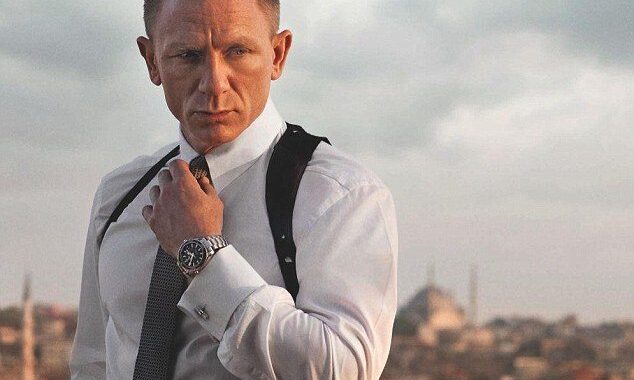