T1 Ammunition has been in business for three years, having been established in May 2013. It is based upon the facility and the equipment of the now defunct Trophy Reloading Service in Sarasota, Florida. Its motto “Train, compete and defend” refers to its mission to support the military, law enforcement and competition shooters. Unlike huge conglomerates such as Remington, where ammunition manufacturing is only a part of the company, T1’s management and small staff provide hands on attention to each lot of ammunition that they manufacture.

It is this level of scrutiny that allows T1 to produce an outstanding product that is currently in use by local law enforcement, a NATO country’s special forces and the Glock Competition Pistol Team. Gary Silverthorn, the founder and CEO of T1, is a disabled veteran and a former member of special operations community. He brings over thirty years of military and defense contractor experience to the operation of the company.

Silverthorn’s commitment to excellence can be seen in T1’s exclusive use of new brass and total metal jacketed (TMJ) bullets. While some complain that TMJ bullets lack the jacket thickness of a full metal jacket (FMJ), the TMJ jacket completely surrounds the lead core of the bullet, to include the base. The result is less lead fouling in the gun barrel and less exposure of the shooter to lead during both the shooting and cleaning process. They are also consistent in weight; with a variation of only .1 grain for an average weight of 124 grains in the 124 grain TMJ 9mm round nose (RN) bullet as registered on a Hornady electronic scale.  The bullets were consistent in bullet weight and seating depth.

As seen in the chart below, the cost of T1 target ammunition is highly competitive with the most popular brands.

Only the Russian made, Berdan primed, TulAmmo is less expensive as seen in these prices as advertised by Midway USA. The fact that Berdan priming is used in any ammunition is enough to dissuade most shooters from choosing it for target practice much less competition.

An exhaustive search of the Internet failed to find any competition grade ammunition that was even close to the cost of T1’s products. Midway USA advertises ASYM Precision Practical Match Ammunition 147 grain 9mm RN as $33.99, Cor-Bon Performance Match 147 grain FMJ RN as $23.99 and Nosler Match Grade124 9mm JHP at $34.49. The closest competitor was JC Arms and Ammunition that offers a hollow based RN 124 grain 9mm for $16.95 per box. At $12.97, the T1 124 grain 9mm RN competition ammunition is a steal.

Competition shooters require both accuracy and dependability from their ammunition. Of the 200 rounds tested, no malfunctions were observed. This is due to T1’s use of Federal primers on all of its competition ammunition. Federal primers are less likely to fail than other well- known brands. As measured on a chronograph at an outdoor range with an ambient temperature of 83 degrees, the five T1 124 grain 9mm target ammunition rounds tested achieved an average velocity of 1113fps. The competition ammunition ran at 1035fps in order to provide less muzzle flip while still meeting IDPA, IPSC and USPSA power factor standards.

To test accuracy, a Glock 34 with a 5.31 inch barrel was utilized from a bench rest at 25 yards. Five consecutive groups of five shots of the T1 124 grain 9mm match measured an average of 2.162 inches while the target rounds averaged 2.159 inches.  Shooting off hand found that the T1 ammunition was not overpowered and provided a comfortable shooting experience.

Though this test was based on their 9mm ammunition, T-1 also produces .223 Remington, .40 Smith &Wesson and .45 Automatic, target and defense ammunition. Competition shooters may also request custom loads with 15 different powders to choose from. With its combination of accuracy, reliability and exceptionally low cost, T1 is the go to ammunition for serious competitors and recreational sport shooters alike. 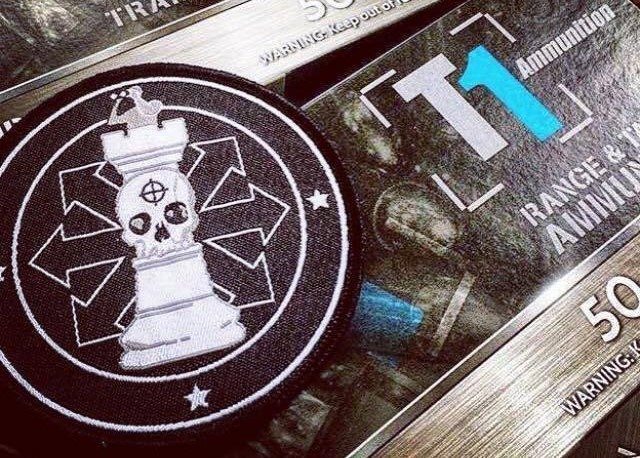 About the author: Dr. Weber is a former airborne infantry officer, uniformed police sergeant and federal agent. He is an NRA and federally trained police firearms instructor. Dr. Weber competes in regional and national pistol shooting matches to include the NRA action pistol Bianchi Cup.

1 day ago Fred
We use cookies to ensure that we give you the best experience on our website. If you continue to use this site we will assume that you are happy with it.Ok