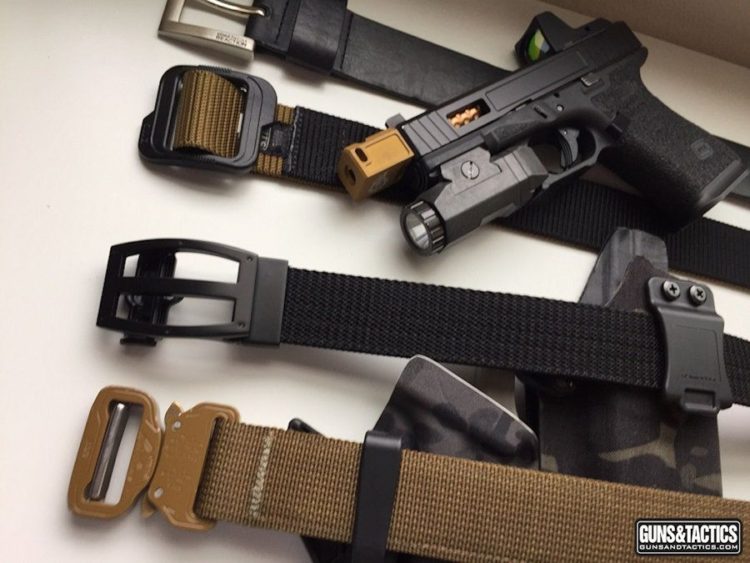 The belt is an often overlooked essential part of one’s daily carry. I’ll admit the first time I started carrying more than just my cell phone in a holster (does anyone still even do that?), I did not pay attention to what kind of belt I needed. Years ago, my only concern was having a gun and some cool holster to throw it in. The Uncle Mike’s neoprene holster…Sure, why not, its low profile and light! As time went on and I started to get serious about carrying, I started to realize that I needed a better belt than my JC Penney Special Kenneth Cole Reaction leather belt. It was leather and sturdy but it was not meant to hold up more than my pants and it was starting to warp pretty badly. So, my search for a discreet every day carry (EDC) belt that was also affordable went on. 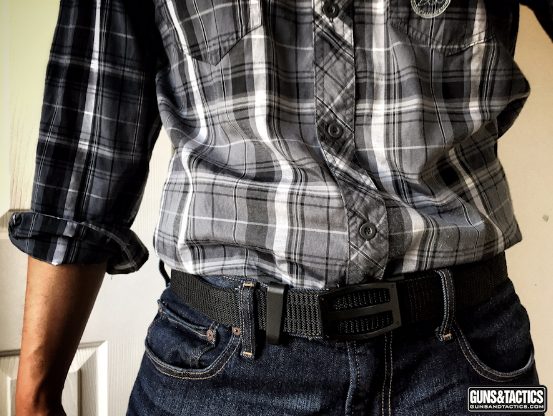 I started my search with some super cool tactical cobra belts that were designed to carry a heavier load. Those cobra belts are great don’t get me wrong but they have a special place reserved in the tactical world. For everyday use, I wanted something that did not scream “Hey look at me! I have a gun!” You can dress them down in black or incognito grey but as soon as you spot that buckle, you already know that dudes carrying, or just a gear whore, of which I am guilty of both. Plus, it can start to become a pain to remove that buckle to feed it through your pants, off and on over and over. Those that have them know the struggle. When it is on my duty pants, it stays on until it’s time to wear the next uniform. 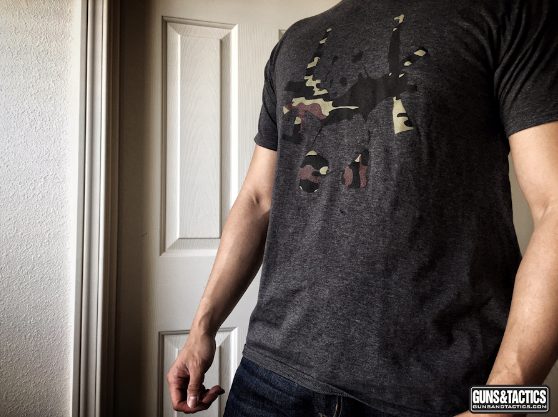 Nexbelt have lines of belts for golfers to car enthusiasts, and now the gun community. The gun belts have a simple yet elegant design. Their claim to fame is “the belt with no holes.” Ok, so what? Plenty of belts with no holes out there. The catch is that the belt is secure via a track and detent system found in the buckle. So all you do is feed the one end of the belt thru the buckle and pull to the desired tightness, hearing positive clicks along the way, and Voila!, it is on. “So simple.” Those were the first words out of my mouth when I first wore it. The way it secures itself is completely different from most “tactical” belt offerings out there. No holes to look for no adjusting the velcro on the female end of the cobra buckle, and also no readjusting to actually get it to sit tight like i did with the 5.11 TDU belt, a belt I hate. 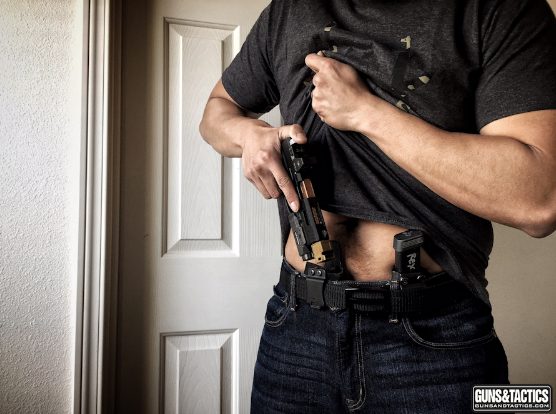 Assembly is simple and adjusting to your size is a snap. All of them will come at the largest waist size and all you have to do is snip the excess according to your pant size +2″ or +3″ up just for inside the waistband carry and big meal days. After that is just a simple install of the buckle to the belt just like any other leather belt and secure with the lever and 2 screws provided. The tracks leave enough room for you to go up or down 3 or 4 belt sizes. Just be careful not to cut off too much.

The gun belts come in 2 variants, the nylon “tactical” series and the leather gun belt. I have the nylon belt in black with the satin black buckle. Retailing at only $49, it is a little more affordable than most belts out there, if not just on par. The leather version is $59, still not a bad price considering there are lots of leather belts out there but most reaching at the price of $90+. The materials used are weatherproof and don’t get waterlogged like leather does. The track system is made of a durable polymer that won’t rust or breakdown over time.

Now at first I was skeptical if it would be able to handle the load of my gun and a spare mag. I don’t carry just any other Glock 19. I carry a fricken’ Roland Special. The most obnoxious, unnecessary, tactical piece of kit you could carry on a daily basis. But I don’t care, it’s my gun and none of your beez wax to judge. It is not as stiff as a leather duty belt or a kydex lined cobra belt but surprise surprise, it works just great. My Roland and a spare mag held up quite effortlessly. I also did not have to suffocate myself with the belt just to make sure the gun did not snag like i did with other belts. I also wore it with a Glock 42 which practically felt like I was not even carrying. The micro-adjustments afforded by this belt allow you to get the absolute perfect fit.

After a week of carrying, I had absolutely no issues. I loaded it with my Roland Special, spare mags, side car holsters, a tourniquet carrier/flat pack from PHLster, and had absolutely no issues. If this one does well, I am sure the leather one will be even better. What’s more is that if I decide to tuck it in, I would not need to worry about looking like tacticool-operator Joe. I also noticed how lightweight it was compared to the thicker gun belts out there, especially leather belts. It’s too early to tell if the material will start to fray over time. So far no durability issues.

Overall for the price and build quality of the belt, it is easy to see why the Nexbelt would be a great choice. The Nexbelt line of belts are a simple, sturdy and affordable way to carry every day. Its micro adjustments provide for the perfect fit whether it is carrying a roland special, a Glock 42, or just to hold your pants up. This discreet belt also allows you to slip unnoticed into the crowd which at the end of the day is the goal. Unless you like wearing fishing vests, khaki pants, operator hats and hiking boots everyday then it really doesn’t matter what belt you wear. They have an array of designs to choose from that you can customize yourself and pick your own belt and buckle from their laundry list of options.

This article from our friends at Guns and Tactics was originally posted here. To learn more about their sick website click here!

Rex Mamaril currently serves in the US Army as an Armorer and Advanced Marksmanship Instructor. Outside of the military he is an RN with a passion for firearms and gear.