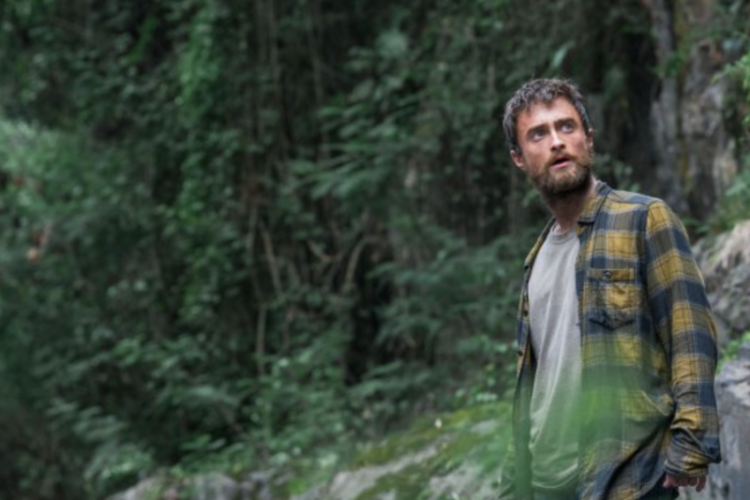 A new movie called the Jungle is coming to theaters with actor Daniel Radcliffe in the starring role. He plays Yossi Ghinsberg. Ghinsberg is an author and adventurer who wrote a survival story when he was stranded in the Bolivian Jungle. Ghinsberg’s story was also featured in the documentary series I Shouldn’t Be Alive on Discovery Channel. The film is directed by Greg McLean, the filmmaker behind this year’s The Belko Experiment. He also directed Wolf Creek. The movie should debut at the Melbourne International Film Festival in August.

In the early 1980s, 22-year-old Israeli backpacker Yossi Ghinsberg (Radcliffe) and two friends – Swiss teacher Marcus Stamm and American photographer Kevin Gale – set off from the Bolivian city of La Paz on what was supposed to be the adventure of a lifetime. Leading the way into the uncharted Amazon was an Austrian expat named Karl Ruprechter, who had met the friends just days before and claimed to be familiar with the region. But their dream trip soon turned into a wilderness nightmare from which not all of the men returned.

If you want to know more, read the spoilers below from Wikipedia:

In 1981, after completing his service in the Israeli Navy, Ghinsberg, inspired by the book Papillon by Henri Charrière, which detailed the author’s own experiences as an escape convict, became determined to find Charrière and ask for his blessing for Ghinsberg to follow in his journey. Ghinsberg had briefly returned from his trip from Africa to Mexico and longed for the rainforest immersion experience.

Ghinsberg worked several jobs to save money in order to travel to South America and dreamed of inhabiting the uninhabited heart of the Amazon jungle. Ghinsberg was finally able to travel to South America, but by which time Charrière had already passed away, and the tribes Ghinsberg was interested in discovering were already civilized. He hitchhiked from Venezuela to Colombia, where he met Marcus Stamm, a teacher from Switzerland, in the midst of his expeditions, and the pair became good friends and traveled together to La Paz.

When Ghinsberg was in La Paz, Bolivia, he met Karl Ruprechter, a mysterious Austrian who claimed to be a geologist. Ruprechter told Ghinsberg that he was planning an expedition into the uncharted Amazon in Bolivia in search of gold in a remote, indigenous Tacana village.

Ghinsberg, who sought out the opportunity to explore the unexplored areas of the Amazon, immediately joined Ruprechter in his journey, along with two of Ghinsberg’s new acquaintances, Marcus Stamm, and Kevin Gale, an American photographer. The four of them, never having prior contact with each other before, delved into a Bolivian adventure for gold. 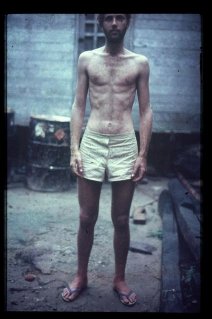 21-year-old Yossi Ghinsberg and his two friends compel to follow Ruprechter by plane to the Amazon and then arrived into the middle of uncharted area in the Amazonian town of Rurrenabaque.

The local indigenous people warned them of the dangers of the path they were taking. Nevertheless, they continued to delve deeper into the jungle by sailing by boat along the Beni River. Led by Ruprechter’s map, they crossed small villages and communities where they restocked food and supplies.

Eventually, due to being low on supplies, they had to eat monkeys; Stamm refused to eat monkeys and inevitably grew physically weaker. After traveling through the rainforest for several days, they had realized that Ruprechter was lying about knowing where to find the gold and the indigenous village, and that he was actually an Austrian criminal who was hunting for gold for his own selfish purposes, rather than a geologist.

Ruprechter’s deceit and betrayal led to distrust within the group, which led them to break up. Gale and Ghinsberg decided to build a raft to evacuate on the Tuichi River to the Beni River, and reach Rurrenabaque. However, Ruprechter could not swim and did not want to use a raft, and Ruprechter and Stamm decided to walk upriver to continue on the journey to the Tacana village. The four men resolved to meet up again before Christmas in La Paz.

As Ghinsberg and Gale’s raft neared a waterfall, they lost control of the raft, and Gale and Ghinsberg split ways: Gale made it to shore, but Ghinsberg floated downstream and over the waterfall. Ghinsberg spent four days traveling upriver in order to find Gale, and finally came to the realization that he was stranded alone in the jungle, despite believing it to be the adventure he wanted at first. Gale was rescued by local fishermen after being stranded for five days. Ruprechter and Stamm disappeared in the forest forever and were never found or heard from again, despite attempts from several rescue missions.

Ghinsberg spent the next three weeks lost and separated from his friends, without supplies and equipment in an uncharted part of the Amazon. He survived completely alone in nature. Throughout these three weeks, Ghinsberg was on the edge of his life as he was almost eaten alive by beasts of prey and had giant red ants walk and bite onto his body, as his body began to deteriorate.

In the second week, there was a horrible flood in the area which Ghinsberg almost drowned in, and he sank into a bog twice. For the subsequent five days, Ghinsberg did not have anything to eat, was completely exhausted, and his foot began to rot from fungi. Ghinsberg would find occasional berries and fruits from the forest, foraged raw eggs from nests, and even waited for a monkey to fall to eat them, if it meant it was life or death for Ghinsberg.

According to Ghinsberg, he would have hallucinations of a woman with whom he slept with each night while he was stranded, and did everything for her sake. Ghinsberg lost hope and asked God for mercy to end his life to rest in peace multiple times during his painful crusade.

Upon hearing the sound of an engine, Ghinsberg went back to the nearby river and met Gale, along with indigenous people who organized a search rescue led by Abelardo ‘Tico’ Tudela. They found Ghinsberg three days into their search rescue mission, three weeks after Ghinsberg was first declared missing, right when the search mission was about to give up. Following his rescue, Ghinsberg spent the next three months in a hospital in recovery.