We posted up a couple of short films from Neill Blomkamp’s Oat Studios. Well, he’s back at big movies, and we will get treated to a sci-fi movie based on  Thomas Sweterlitsch. In bookstores February 2018 from Putnam Books…

Neill Blomkamp is a South African–Canadian film director, film producer, screenwriter, and animator. Blomkamp employs a documentary-style, hand-held, cinéma véritétechnique, blending naturalistic and photo-realistic computer-generated effects. He is best known as the co-writer and director of the critically acclaimed and financially successful science fiction film District 9 and the dystopian science fiction film Elysium, which garnered moderately positive reviews and a good box office return. He is also known for his collaborations with South African actor Sharlto Copley. He is based in Vancouver, British Columbia. 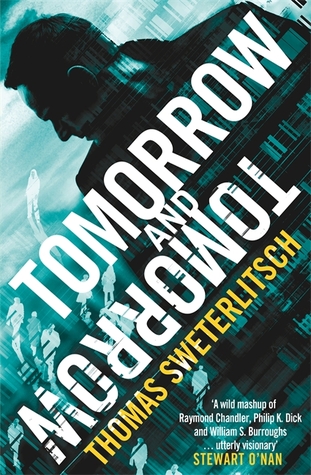 The Gone World follows a special agent into a savage murder case with grave implications for the fate of mankind.

Shannon Moss is part of a clandestine division within the Naval Criminal Investigative Service. In Western Pennsylvania, 1997, she is assigned to solve the murder of a Navy SEAL’s family–and to locate his teenage daughter, who has disappeared. Though she can’t share the information with conventional law enforcement, Moss discovers that the missing SEAL was an astronaut aboard the spaceship U.S.S. Libra–a ship assumed lost to the darkest currents of Deep Time. Moss knows first-hand the mental trauma of time-travel and believes the SEAL’s experience with the future has triggered this violence.

Determined to find the missing girl and driven by a troubling connection from her own past, Moss travels ahead in time to explore possible versions of the future, seeking evidence or insight that will crack the present-day case. To her horror, the future reveals that it’s not only the fate of a family that hinges on her work, for what she witnesses rising over time’s horizon and hurtling toward the present is the Terminus: the terrifying and cataclysmic end of humanity itself.

WE WILL KEEP YOU POSTED!