Foreword – Richard (Morion Threadworks) has actioned on the in-depth review Sam gave. He’s currently working on a MK2 version that will address the points raised. He would also like to add that Morion Threadworks offers a discount to serving members of Her Majesty’s Armed forces. Stay Frosty Richard – Alex 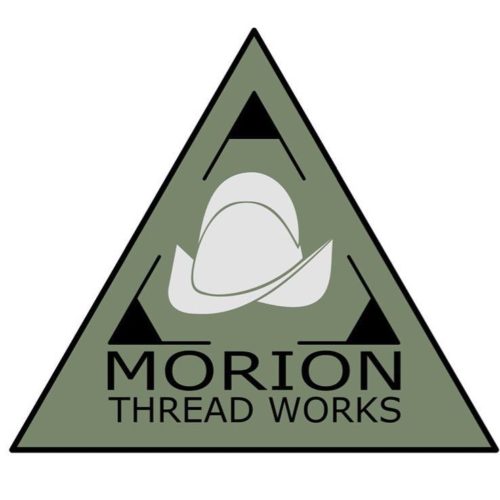 Morion Thread Works are the new kids on the block run by a single tailor, and although their range is limited they offer a good variety of kit ranging from pouches to slings to duffel bags. This single M4 is one of their older designs and has tried to allow the user some customization options from one pouch. 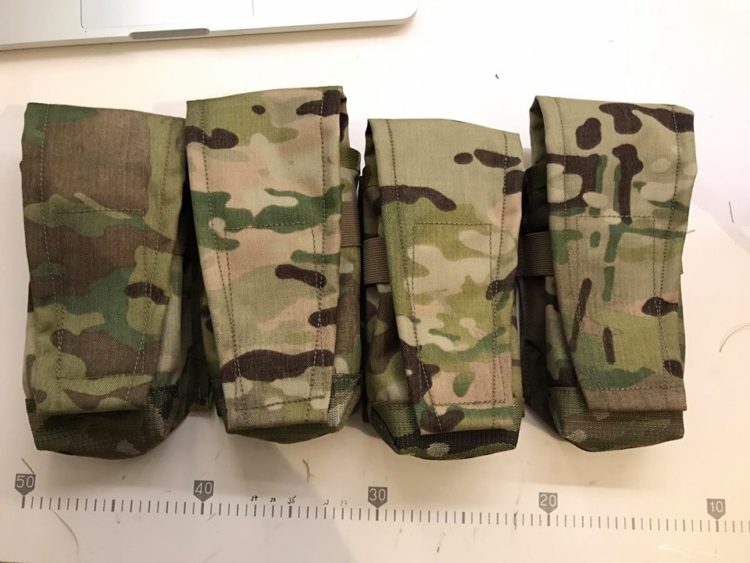 The pouch is made from 500D genuine Crye multicam and utilises a MOLLE attachment system. Unlike the usual system of a plastic filled fabric system, this is Hypalon. For those not in the know, Hypalon is a synthetic rubber that is notes for resistance to chemicals, temperature extremes and UV light. It’s also pretty lightweight and keeps the bulk of the pouch down.

The stitching is pretty bombproof and the Velcro is plenty wide and of good quality. The only thing missing in my opinion, is MOLLE loops on the front of the pouch to allow double stacking, or the option of a MOLLE version on the site. I usually attach my dump pouch to my magazine pouches, and this wasn’t an option with this pouch in use. 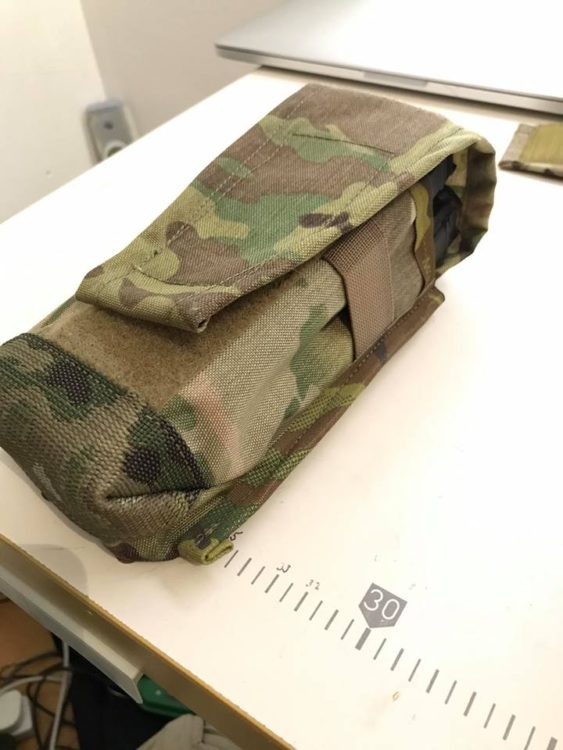 The pouch is modular in that the flap is removable and can be instead fitted with a shock cord for shingle mode. This will save you from having to buy two pouches if you’re required to up the levels of magazine security. I found, however that when the flap is inserted it makes inserting a Magpul EMAG neigh on impossible without excessive playing around, and pulling the magazine out often led to the flap coming with it. This may be a manufacturing fault with the magazine on test, but a redesign should be considered. 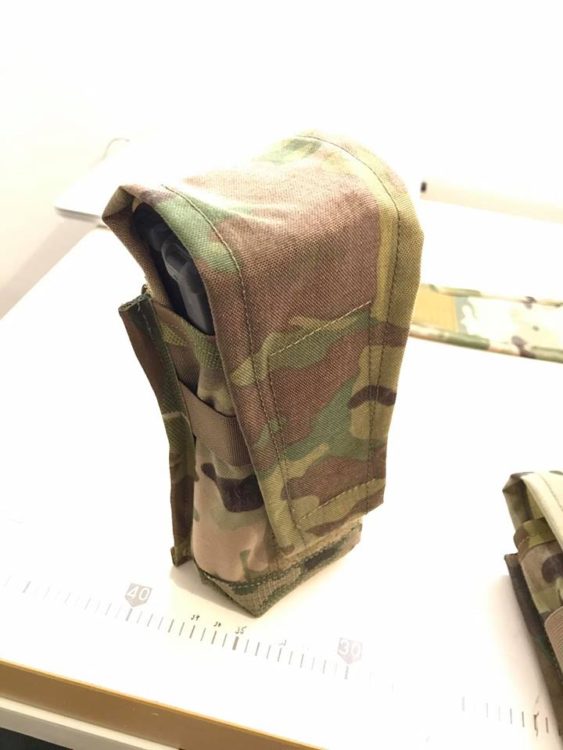 The shock cord is fitted by looping through and securing it to the loop at the back of the pouch and velcroing to the desired tension on the front. My initial thought was that because of the lack of internal friction devices, like those seen on Warrior pouches, my magazine wouldn’t be secure but this was far from the truth. My battle belt was held upside down with the elastic undone and there wasn’t an inch of movement from the magazine. The slim, form fitting design of the pouch aides in security. 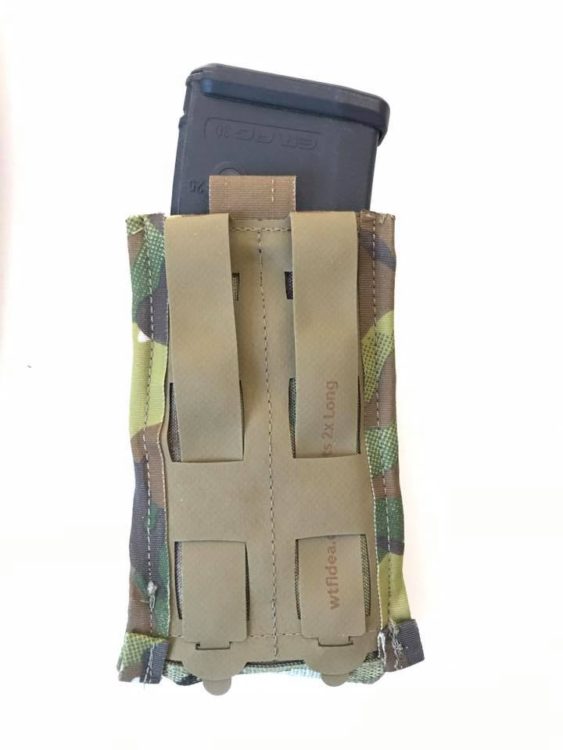 Magazine changes are smooth in this configuration, although the added height (about 2cm on a warrior pouch) would need some muscle memory retraining to stop the lips of the magazine catching, but that’s a personal flaw rather than a personal one. The magazine goes back in well in all positions except the prone, but because of the Velcro overhang at the mouth of the pouch you need to look what you’re doing to avoid trying to bring the pouch inside itself. Not a problem on the range but it would lead to a lapse in concentration in the real world. Or you could just use a dump pouch. 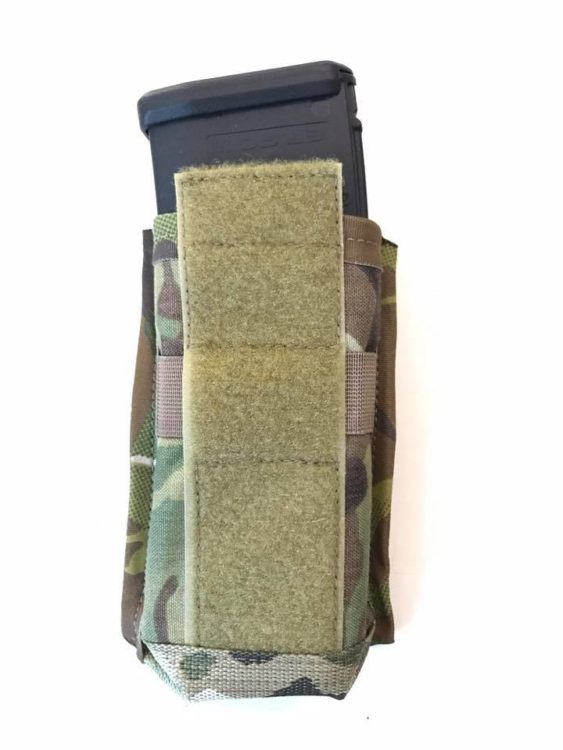 Overall. Well this is a nice pouch. It’s well constructed, appears indestructible and looks the part but would I buy one? And more importantly would I recommend them to one of my Private Soldiers? At this stage with the design problems and at that cost I couldn’t in good faith recommend it. Hopefully there will be a redesign and re-release, and I look forward to changing my mind. 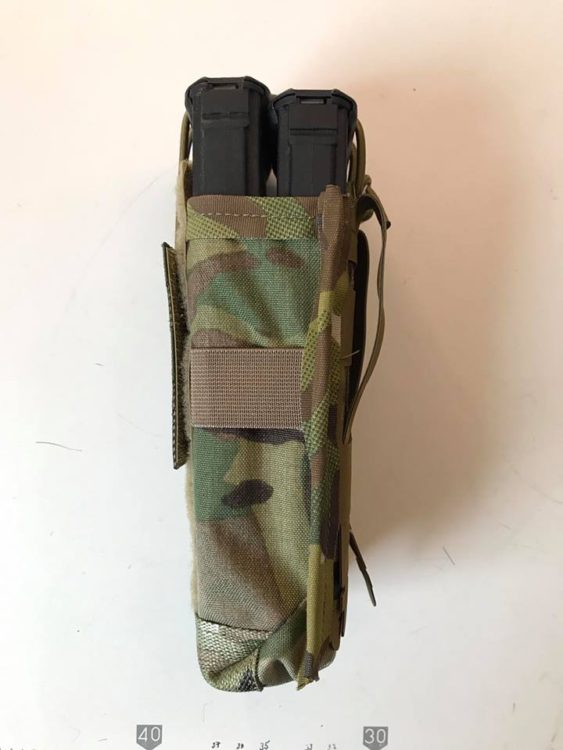 Independent company so can’t compete with the big boys.

For the price of two of these you could get a lot of other products.

Ease of use: 2-5/5 depending on configuration

Open top is easy to use and secures magazines well.

Construction: 2-5/5 depending on configuration

Construction is bomb proof but the flap needs a redesign. 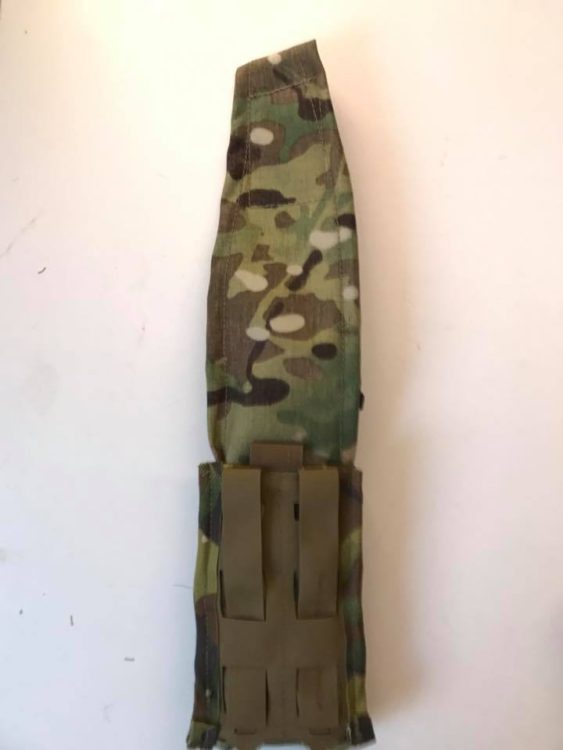 Note: “Ally gear” is something of a concept in the tactical world. All the products from highly regarded brands from the different Western countries, such like Crye Precision, Tyr Tactical etc., are highly sought after in the tactical gear consuming communities in Europe and the States alike. ~Editor

This review comes from our friends at Kit Pest Review and was written by Samlongshankswatt. He is not bound by any written, verbal, or implied contract to give this product a good review. All opinions are his own and are based off his personal experience with the product.