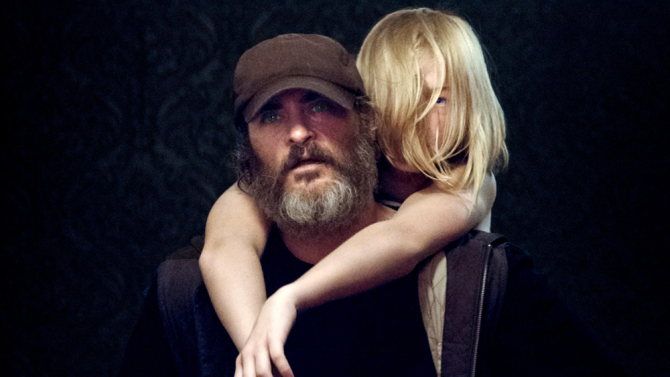 A missing teenage girl. A brutal and tormented enforcer on a rescue mission. Corrupt power and vengeance unleash a storm of violence that may lead to his awakening.

This is an unsavory subject to discuss but is a part of reality. If you’ve been wondering what movie Joaquin Phoenix has put his energy into it is his new movie You Were Never Really Here. It is about a troubled war veteran out to save a teen girl from sex trafficking. The movie trailer looks pretty brutal and pretty good. Let him kick some ass.

You Were Never Really Here is a 2017 British-French-American thriller film written and directed by Lynne Ramsay, based on the novella of the same name by Jonathan Ames. The film stars Joaquin Phoenix, Ekaterina Samsonov, Alex Manette, John Doman and Judith Roberts.

It premiered at the 70th Cannes Film Festival in competition, where Lynne Ramsay won the Best Screenplay award and Joaquin Phoenix won the award for Best Actor. There is no release sate yet from thi Amazon studios movie.